And they're back with a bang. Cloud 9 expand on size and genre, making it the must go to music festival of the year... 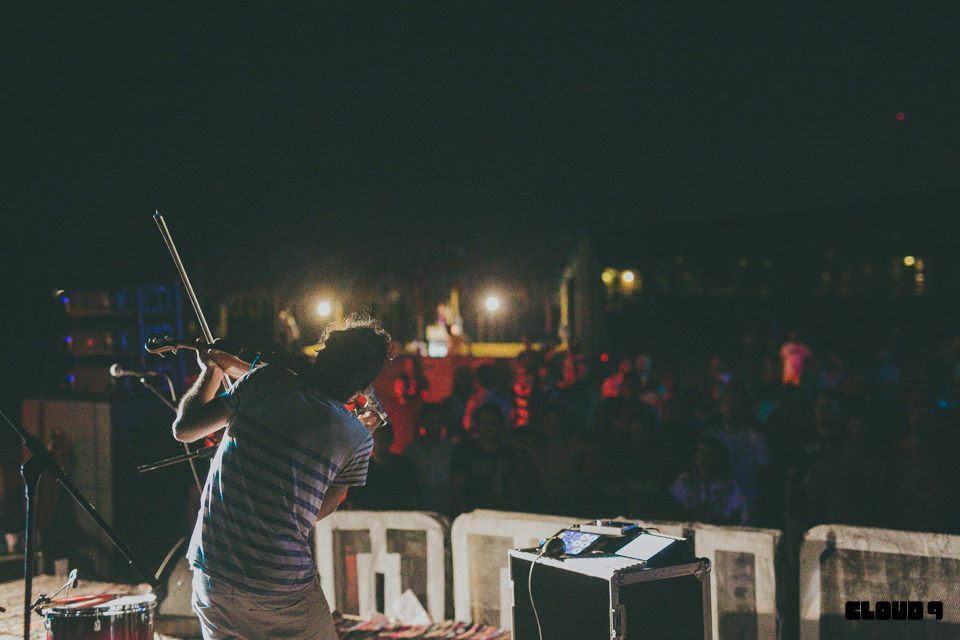 September’s music festivals around Egypt are about to be set in motion across the Sinai peninsula with Cloud 9 leading the way. It is an amazing initiative that aims to bring together individuals across the country in appreciation of music, genuine talent, nature and simplicity on the beaches of Nuweiba. The festival’s concept is to encourage underground music that has been rapidly emerging in the country, providing artists who seldom get a chance to perform, with the opportunity to interact with likeminded folks and musicians. Egypt is consumed by commercial venues, performances and genres but Cloud 9 seeks to defy the standard, which only serves the musical “safety net” of the mainstream sponsored by the big labels and brands.

“Emerging talented artists are struggling for an opportunity to present their work and build a fan base,” says Lameece Gasser, co-founder of Cloud 9 Music Festival, with whom we had a chance to catch up. She goes on to say that “for the last three years, Cloud 9 has brought a diverse selection of bands, artists and workshops to allow free self-expression and promote a more natural way of living." Cloud 9’s main focus this year is on expanding their selection of musical performers over a more diverse range of genres. “Last year the lineup included more Indie and Post-Rock bands and artists - this year we are going for a more varied line-up,” Gasser tells us, announcing the second wave of performances with The Quarter, EDM artist Abdullah Yousef, Electronic Chill Out and Hip Hop producer Moseqar, Experimental Post Rock band Telepoetic, Pulse, and finally the brilliant genre-less, Jordon-based producers Za’ed Na’es creating an audiovisual performance along with a variety of artists.

"We're really looking forward to the sun, sea and of course music!" shared Za'ed Na'es, "This will be our first time there at Cloud 9 and we're sure that we're about to see something special. There's going to be many interesting performances and of course we're enthusiastic about performing there as well."

The rising Moseqar has rarely performed in public but has amassed nearly 50 thousand followers on Soundcloud and has chosen the Cloud 9 stage to work his magic live. "I'm definitely excited to perform at this year's festival. I haven't put myself out there too much regarding live performances so I'm tending to focus on that a bit more this year. I'm expecting that this year's Cloud 9 will have more hype and will bring more diversity to the table. Overall, I look forward to playing good music and having a good time," he said.

Meanwhile, the mellifluous Nadah El Shazly who's been wowing crowds across Egypt over the last two years gave us a sneak peak of what to expect from her; "I am playing my solo set that I produced almost a year ago but for the festival I am going to be working with Menna El Shazly and Islam Shabana on the visuals, which I am very excited about! It's my first time attending the Cloud 9 festival and I am looking forward to it! Nothing beats playing by the beach. Also, I heard that there will be new bands performing at the festival, definitely exciting!"

This year the music festival also aims to keep the music going throughout the whole day, as they have received a few comments regarding the lack of music in the early hours of the mornings. Cloud 9’s virtue lies in their followers’ utmost musical satisfaction and so they are complying. Artists also won’t have to worry about extensive sound checks, as they have had to endure in the last couple of years. “We are planning on keeping sound checks to a minimum, and have DJ sets during the day on the beach,” Gasser adds. The festival is set to be held at the stunning Dayra camp; a brand-new camp close to Sundus and Eden camps in Mahash, Ras Shetan around 20km from Nuweiba city. Three connected camps will host 500 people during the 3-day festival. Some fantastically engaging workshops and activities will take place in Dayra by the crisp blue waters including Yoga by Cats on The Beach, Capoeira sessions, a bongo circle “for the musically-inclined” as well as body painting and tie dye pillow making with Pheel and La Vie Boheme, with more workshops and activities to be announced closer to the festival dates. But incredible music will always remain the core of the festival. “Debut performances by emerging artists are one of our main pillars in the Cloud 9 line up, we’re really looking forward to performances by The Quarter, Abdullah Yousef and the long awaited Moseqar,” Gasser says, who herself has a lot to look forward to personally this year, “Nothing beats morning yoga by the beach! And during the day I will certainly choose something artsy to take part in!” From what we've heard so far, Cloud 9 looks a very special set up this year. We wouldn't be so superfluous as to call it Egypt's Burning Man just yet, but it's definitely lit a match to our free spirited souls. Early bird tickets are already sold out, but regular tickets are still available for purchase and will include 3-day access to ALL Cloud 9 Music Festival performances and activities, accommodation in a 4-person tent and breakfast for 3 days. As for transportation, buses will leave Cairo early morning on Thursday, September 24th and leave Dayra camp to head back to Cairo Late Sunday morning, September 27th.

Transportation meeting points, times and prices, along with the third and final wave of performers will be announced soon so stay tuned to Cloud 9 Music Festival’s Facebook Profile, Event Page and Website, and to us! Meanwhile, we will be keeping you informed and updated at every step of the way.