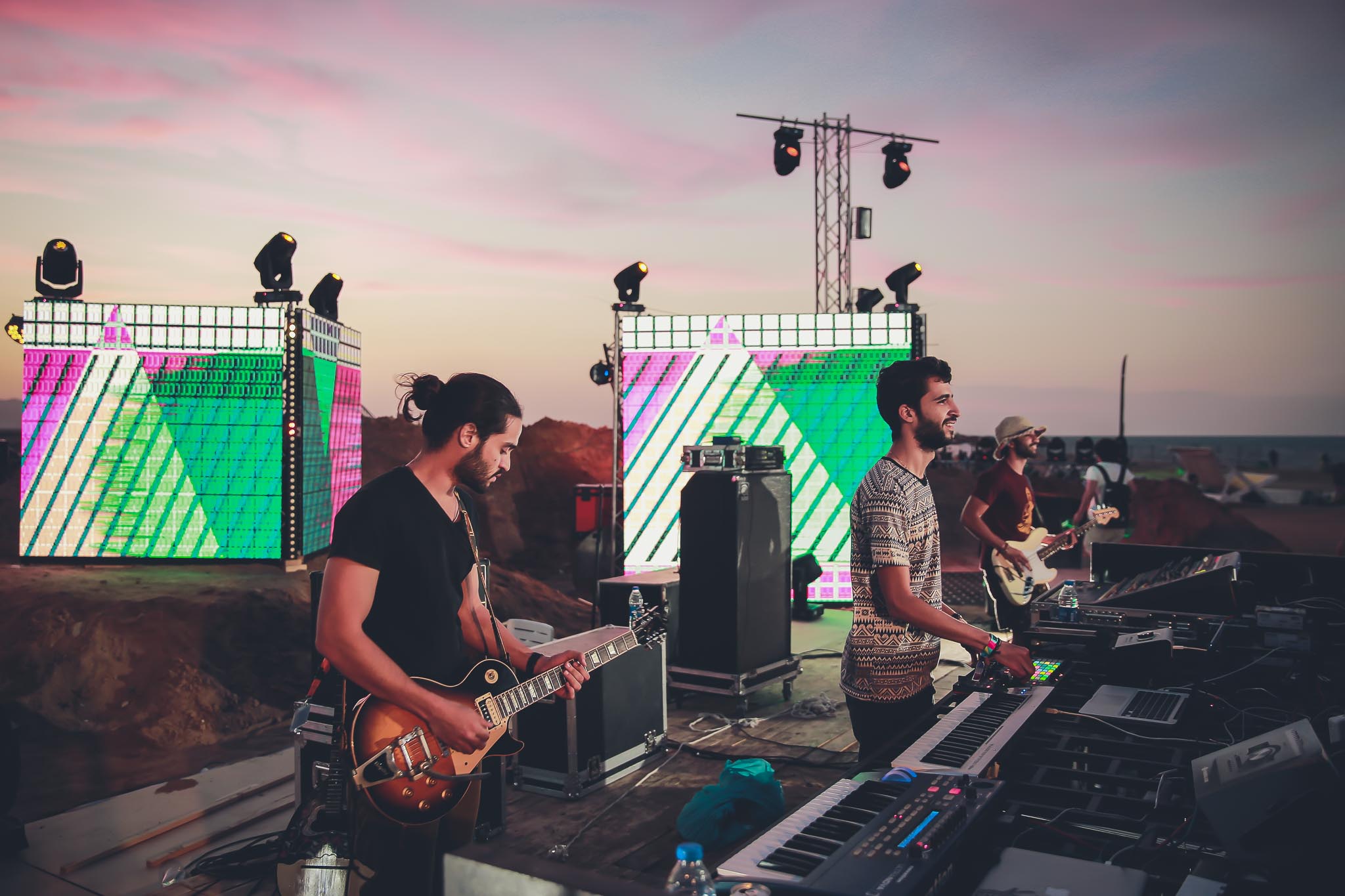 Amr Khaled is the mastermind behind music project Fulltone, a musical ensemble consisting mainly of the man himself, but also returning members that come on to support him with his live shows.

Gaining major popularity after participating in Electrum Records’ Student DJ Program, Fulltone quickly rose through the ranks of Egypt’s electronic music producers, gaining momentum through a string of successful releases on a couple of international labels, and even more when Nacelle’s Tito started booking their live show for his parties.

Earlier this month, Fulltone released two EPs on two different labels; Wise People on Orient Art and The Valley on Black Hills Recordings - sub label of Under Your Skin Records. Both EPs touch on Fulltone’s irrefutable vibe, two different styles that might not be directly attached, but compliment each other perfectly.

Fulltone the project is concerned with the live performances, it invites musicians to support Khaled, but in the studio, Fulltone is all about Khaled, it is his vision and multi-instrumental talents that forge the tracks.

Khaled’s extensive collection of ethnic instruments is nowhere more evident than on both of these EPs - Wise People and The Valley. Earlier this month, following what was surely one of the best live sets at this year's Sandbox, the two releases came to cement the artist as one of the leading music producers in the country.

On Wise People, the artist delivers four tracks, all laden with instruments from different cultures around the world. A Greek bouzouki, a Turkish saz - also known as a bağlama - appear in the strings section, and Nepalese percussions govern the rhythm. The bass line is handled by the Roland JX8P analog, its composition pushes the EP towards deep house with a decidedly ethereal vibe. Some of the tracks on the Orient Art release are not very club-friendly, not the kind of music you can listen to on a regular weekend quickie at your local club. Consisting of four tracks, the EP in its entirety is a very sophisticated sound, and although it might not necessarily carry a message or underlying theme, it is a heavy listen. The second release, however, packs a less subtle punch.

The Valley is much shorter, with only three tracks. More precise and to the point, delivering a powerful boost of upward-driving energy. On this release also appears a couple of more traditional instruments, mainly a Turkish cümbüş and a handmade Spanish guitar.The first track serves as an ice-breaker, it is a bit restrained - repetitive at parts, picking up around the main break and drop. Quicksand, though, is prime dance floor material, tucked between two tracks, it forms the heart of this release. Clocking in at just under six minutes, it’s a combination of the artist's signature ethereal strings, retaining a much more solid composure. The final track Caravan is less intense and smooth, running on till the end - a perfect closing track.