Egyptian female-fronted metal band Massive Scar Era was denied entry to USA on their way to play SXSW in Austin, Texas and one member was asked to provide a DNA test. 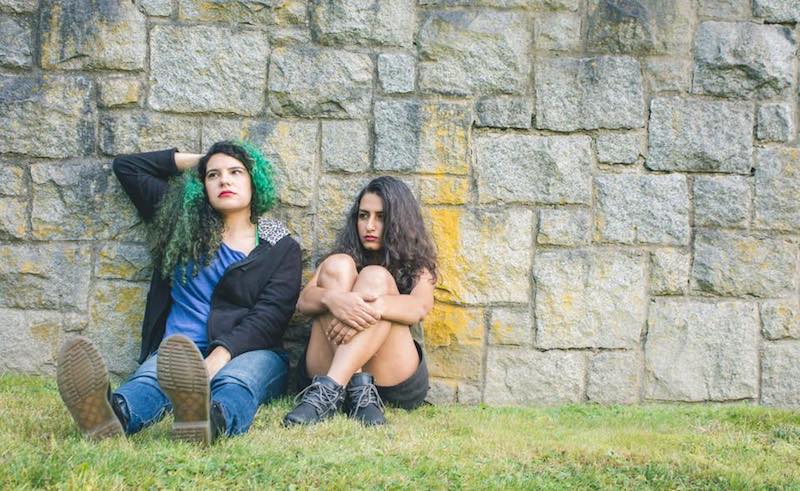 Egyptian metal band Massive Scar Era was denied entry into the USA on their way to perform at South by South West (SXSW), one of the world's biggest music festivals in Austin, Texas. They were making their way from Canada through the Seattle border crossing, when they were denied entry into the country based on them not having the correct visas to perform at the festival.

Cherine Amr, the band's front woman posted a live video on her Facebook page, explaining how they were wrongfully denied entry to the USA. The Customs and Border Protection officer told them that they were not allowed to perform at SXSW under their B-1 visas (tourist visa) and that they needed a P-2 visa (work visa) in order to gain entry to perform at the festival - even after Cherine Amr displayed a waiver from the festival declaring that performers coming in to the country to play did not need a P-2 visa.It is also essential to note that their band's bassist, Dylan Pieter Wijdenes-Charles, who is a Free Nations member - meaning that he is allowed to enter the USA for work at any time - was also denied. The Customs and Border Protection officer informed Wijdenes-Charles that he should have a DNA test on hand the next time he tries to enter the USA, even though he had an official card issued by the Canadian government proving he is a Free Nations member.

Another band with Middle Eastern members was also denied entry to the country on their way to the festival. London-based Youssef Kamal Band posted online, questioning the true reasons they were refused entry at the border.

"We are sad to announce we will NOT be performing at SXSW in Texas because our ESTA[Electronic System for Travel Authorisation]'s have been revoked under the new Executive order. We were looking forward to connecting with our brothers and sisters stateside to share our music. Why weren't we let in? Our Names? The music? The colour of our skin?"

It doesn't seem to be based on racial profiling, however, as Italian band Soviet Soviet was also denied entry and jailed for 23 hours before being deported back to Italy. They posted to their Facebook account about the incident.  It isn't clear why all of these bands were refused entry, however, in the past 24 hours several artists came forth expressing anger concerning two clauses in the festival's contract with artists taking part in the event's proceedings, regarding immigrants and performers visiting from abroad.

The clauses in question include a provision that gives the festival the right to inform authorities on immigrants and international visiting artists that have any other performances scheduled during, prior to, or post SXSW under their B-1 visas.

B-1 visas allow entry for touristic purposes, and they do allow artists to perform at non-paid gigs, any paid performances require a P-2 visa (work permit). All of the artists that were denied entry had other gigs scheduled during their visits, none of them were paid.

The festivals organisers announced that they will be removing the controversial clauses that led to them being surrounded by accusations of collaborating with the Trump administration's campaign against non-citizens. The festival stated that the provisions have been in place since 2013, and that in the past 30 years, they have never alerted the authorities on immigrants or international performers taking part in its proceedings.