The best experiences happen when you least expect them to, as Timmy Mowafi found out when Darwasha, Fathy Salama and Ghalia Benali all took to the Cairo Jazz Club stage for round three of El Fusion... 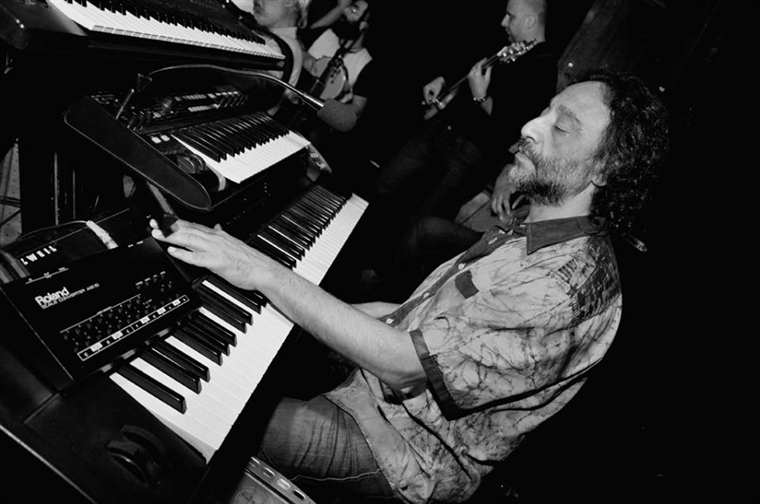 To be honest, sitting in Cairo Jazz Club last Tuesday, after a long day at work, waiting for Darwasha and Ghalia Benali with Fathy Salama for the third El Fusion night, my frame of thought was like, “Oh shit. Three hours of dawsha and lyrics I don’t understand.” Luckily, I was chatting with a music journalist friend who helped me alter my perspective as soon as Darwasha began with a dramatic intro – “I hate these people who completely disregard local bands. Whether you like the kind of music being played or not, it’s important to hear them. It’s our culture. Don’t just stand in front of a new band and analyse each chord. Fuck that. It’s so annoying. It’s about how it makes you feel, not how it compares.”

And with that, I did my best to listen close, realising the importance of places like Cairo Jazz Club and nights like El Fusion and admiring their insistence of keeping live, local band nights strong on their schedule, despite the cash cow that comes from sticking on the latest DJ du jour on the decks instead. The Darwasha project started only last year, taking the ‘essence of musicals’ and infusing it with Rock and Metal sounds, thanks to the band’s founder and guitarist, Mohamed Darwish’s experience in theatre. The drama involved in their music is clear to hear; their powerful choruses wouldn’t seem out of place in a chase scene from The Mummy.  Doing my best to delve into the art and meaning behind the loud noises, I could definitely imagine myself as a young tween with an Emo fringe, rocking out to them. And I mean that in the nicest way possible, especially since their vocalist had a System of Down twinge to his voice.

Next up the legendary Fathy Salama took to the stage with his band of merry men and a concoction of weird and wonderful instruments, including an accordion and a contrabass, that boggled my mind as I thought about how the Grammy award winner composed his beautiful Jazz and Electronic pieces with such diverse sounds. I joked that, while Fathy Salama tapped away nonchalantly on his keyboard, he was cooking a grilled cheese and turkey sandwich on the side; he’s just that good. His eyes constantly wandered around the club as if he could see the music seep into dimensions that our un-Grammy award winning ears couldn’t even comprehend. Digesting the music being played, instead of standing there with a confused grimace, like I usually do, I couldn’t help but be swept away by the genius amalgamations of styles that he produces. They were shortly joined by Ghalia Benali, the soulful Tunisian beauty who flew in from Belgium, especially for the night. She’s one of those performers that doesn’t just sing  lyrics; she feels them, she’s visibly hurt or elated by them. And from the front row, it’s was a powerful experience to listen to her. Actually listen

The last El Fusion night is next Tuesday, 4th June, featuring Sara El Gohary and Ribab Fusion and I strongly recommend you put down your iPod and have a listen to the music being made right here. Trust me, it’s just as important than Pitchfork’s Best New Music tab.

You can see all the photos from El Fusion at CJC, featuring Darwasha, Ghalia Benali and Fathy Salama on CairoZoom here.

As always, you can book your spot at Cairo Jazz Club using Tazkarty.