Undoubtedly an interesting entry into Egypt's growing Experimental music scene, Nahla Mattar's latest release might just be too abstract for the average listener. 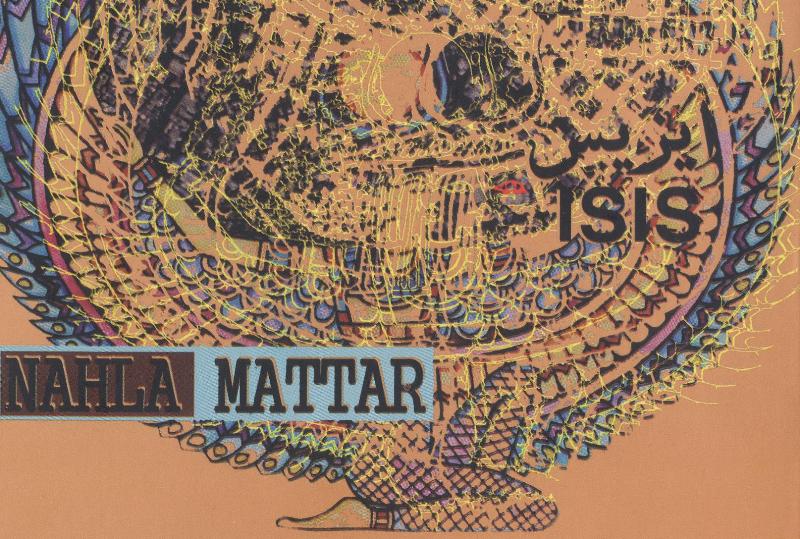 In my hands is Nahla Mattar's Isis, a golden brown album emblazoned with a distorted hieroglyphic image that unknowingly matches well with the confusion that lies recorded. Produced by 100copies this album is a fine example of interesting experimental music crafted with a plethora of string instrument that guarantee to satisfy anyone that appreciates orchestral sounds.

The majority of compositions average just over two minutes each and the album is split into three movements that range from being absolutely beautiful to extremely experimental and, sometimes, inaccessible. The first movement is called A River Inside Us and is made up of five combining a ensemble of strings with a spattering of electronics. The overall outcome is reminiscent to a soundtrack of a vintage BBC documentary about Egyptian history.

In the second movement, aptly entitled Out of Communication, the arrangement changes from a string quartet to duelling harps. The outcome provides some of the prettier moments in the album, especially if there are any harp fans out there. The movement plays out almost like a conversation taking place between two harps and contains my favourite track of the record, entitled Allegro Moderato, which sounds ethereal and is one of the more universally accessible moments.

In the third movement, we shift from duo of harps to a combination of viola and cello, entitled Maqamat. This part of the record exemplifies the pitch and timbre differences between the two instruments. With variation of plucking and bowing, we can't help but imagine that somewhere out there is the perfect renaissance themed episode of Tom and Jerry that would completely synch up. The plucking sounds like the movement of animated feet while the abrupt bowing represents sudden actions.

Anyone who is enticed by string instruments will appreciate this album; for others this will be a stretch. What is missing from this album in any sort percussion. Without a rhythm section, it is hard to get hooked especially considering that the album can, at times, be beautiful, but often feels a little too experimental to convert inexperienced ears. For any would-be film makers, this album can be useful for scoring a myriad of scenes, but as a standalone album, blaring it in your car seems unlikely. It is not often that compositions sound both complex and minimal at the same time, however this is exactly what Isis manages to achieve as another entry into the diversifying Egyptian Experimental scene.