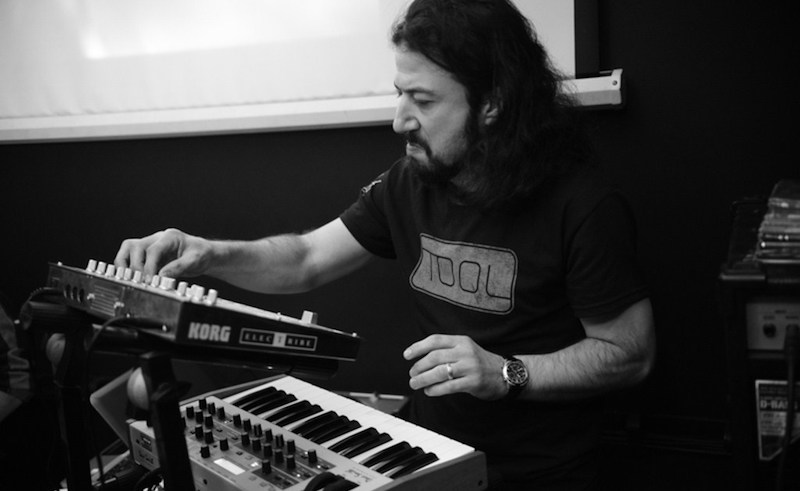 Longtime fixture of the US festival circuit and Cairo native, Mohamed Ragab AKA Machine Eat Man, has embarked on a new project with an array of Arab vocalists, performing most recently with Malak Salama at the Cairo Jazz Club for their event with Mada Masr. On Thursday, October the 26th at Cairo Jazz Club - again - the project goes on to feature Sammy Sayed of Scarab and Procession Towards the Unknown.

As a self-described “metal-head making music with electronic instruments” Ragab has been crafting his sound for well over 20 years, and is a veteran analog synthesizer and electronic musician known for industrial, gothic electro which he has termed “Egyptronica.” Though his career developed independently and long before the rising Egyptian electronic scene, he credits much of his success to his use of Egyptian rhythms, which he partially facilitates with the uniquely Egyptian interface Darbukator.Though previously opposed to incorporating Arabic vocals, Ragab’s mind was changed after he was approached by Tunisian songstress Ghalia Benali, with whom he recorded the upcoming album Kon Rasoul. Inspired, he “realized that hearing something like a human voice will get your attention” and began to write lyrics and vocal parts himself, featuring singers like Hend Elrawy of French band Orange Blossom and Malak Salama.

We asked MEM about his latest collaboration with Sammy Sayed, he told us “I choose to do it to get closer to the people in Egypt,” aiming to make techno dance music with vocals of substance that “let people dance to it and think about it at the same time.”