Marwan Moussa is an Egyptian rapper and producer that pairs comedic, loopy lyrics with catchy hooks and fly production. 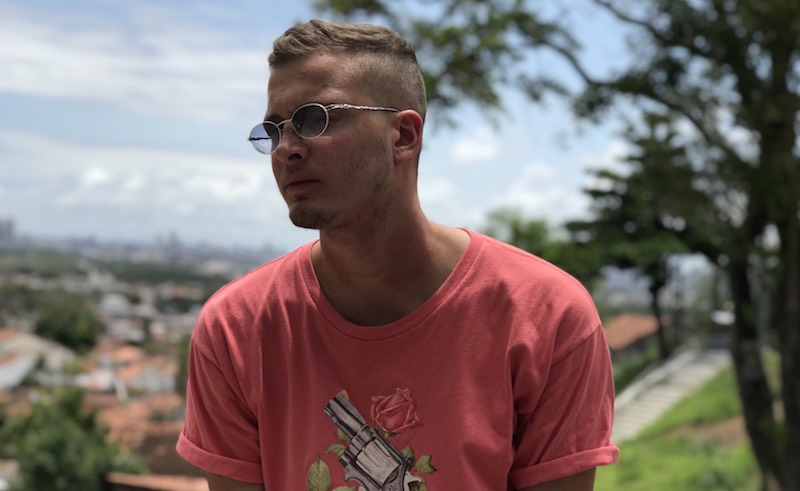 You don’t exactly need to have an ear to the ground to realize that the rap scene in Egypt is coming up with ferocity. In the past, Arabic rap and hip-hop production were always stylistically lagging behind the rest of the world, but that seems to have changed. Now Middle Eastern artists are not only on par with worldwide trends, but also molding an aesthetic that is regionally distinct.

Become acquainted with Marwan Moussa. His hooks are fire, and his sound is flush with what is currently coming out of Atlanta. Though Moussa is fairly new to the game, he is not behind the times; in the world of Arabic rap, he is the times. Originally hailing from Ismailia, Moussa grew up in Cairo, and is currently based in Los Angeles, California, where he studies sound engineering.

We felt like we were the only people listening to rap in Egypt.

Moussa first got into rapping after seeing the movie 8 Mile in 2004. “My friend Omar (and I) would listen to Eminem, 50 Cent, The Game every day on our way to school and back. Then we went deeper and deeper and got into people like Twista, Cam'ron, Cassidy even Mase. We felt like we were the only people listening to rap in Egypt.” Inspired, they embarked on their maiden voyage into hip hop with their group Chrome, rapping in English over beats produced on Garageband.

Moussa faded out of producing and rapping, and after high school in 2012, he went to Rome to study film. In 2014, Moussa was re-infected by the hip hop bug when he “heard the sound of 808s and rolling hi hats in trap music and wanted to recreate that,” diving back into producing and freestyling in English. After graduating in 2016, he returned from Rome to Egypt: that’s when Moussa decided to rap in Arabic.Evident from his sound, Moussa draws a lot of inspiration from the Atlanta trap scene, counting Future, Migos and Young Thug among preferred listens, and especially Travis Scott’s album Days Before Rodeo. “I loved how they flow on songs, but also all those crazy producers with them like Southside, Metro Boomin, London, Mike-WiLL, who make incredible beats, that was inspiring.”

Though he only got serious about music in 2016, Moussa has already made strides. He features Abyusif on his track “la2 mafeesh,” whom he calls “brother and mentor,” and made a video for his track “EL GOZ2 EL TANY,” filmed in his hometown of Ismailia. In future collaborations, he plans to continue working with Abyusif. A huge fan of Arabic pop music, he claims his love for the slightly less-mainstream mahraganat might lead to “a more realistic collaboration.”

I like humor, but the way I think is not very structured. So what happens is that in a way the song is like me taking the listener on a ride where we follow words and see where they will take us, but I make sure to reveal something about myself in the process.

Marwan Moussa’s tracks are distinctive. He evokes a timelessness in his music, employing styles both old school and cutting edge. His sound is characterized by “warm melodies that evoke some sort of emotion. And very clear drums.” When it comes to lyrical matter, he enjoys comedy, and his tangled flow of thoughts takes you on a stream of consciousness joyride “where we follow words and see where they will take us,” though Moussa claims he will always “make sure to reveal something about myself in the process.” He abhors anything sounding inauthentic or forced.Moussa is currently working on an 8 track album titled Bel Monasba, which is in the recording process. He expects to release this within the next couple months. From what we have heard from Marwan Moussa thus far, this album is bound to kill it and push the envelope in regional hip hop. 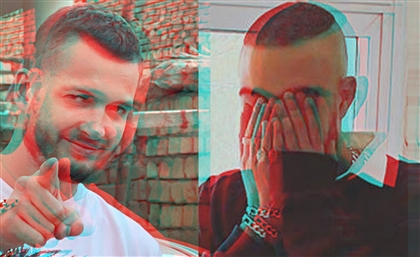 Egypt's top rappers are at it again, wasting no time in reigniting a war of words [...]
Week Month Year