Having spent most of his life in Europe, neoclassical music composer Moustafa El Halawany is spearheading a renaissance of Egyptian music and music videos with his latest releases. Valentina Primo meets the prodigy that's been scoring some of our favourite films and TV shows... 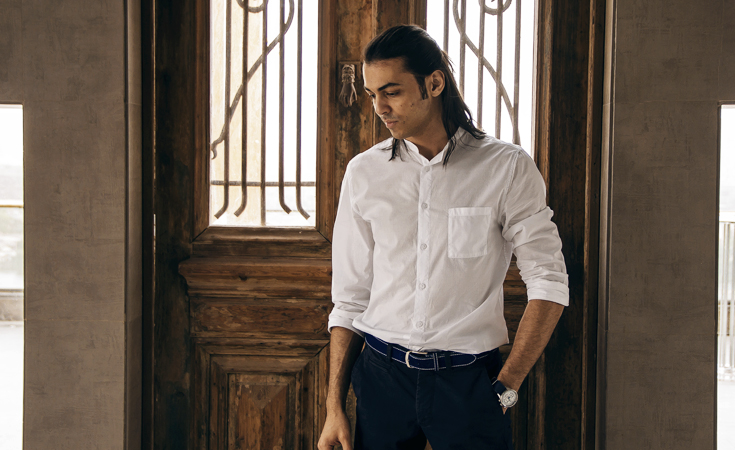 No lyrics, no models, and no dancing. Yet, Moustapha El Halawany’s debut music video can stir tears, give you goosebumps, and wrap you around a melody that exudes nostalgia and ecstasy at the same time. An established soundtrack composer who grew up between Egypt and Europe, El Halawany sets out to steer a new wave of music with his Egyptian Symphony, a composition that richly blends neoclassical orchestra with oriental sounds.

Like a soundtrack for the story of his life, El Halawany leaves the world of movies for a while to contemplate his life in retrospect, digging into a common motif in Egypt’s young generations: the recurring, never-ending theme of return.

There is a lot of emotion in his spellbinding video clip, which breaks standards and inaugurates a new style of video-making, focused more on the purity of its music than the show of its protagonists. Produced by Alaa Khalid and recorded with an orchestra in Budapest, the video shows flashbacks of the artist’s days in Europe as they overlap with a return to Egypt that sounds like a sigh. We meet with the artist as he performs in Egypt’s century-old piano at Garden City’s Cairo Capital Club to talk about his beginnings, his breakthough, and why Egypt is the right place to start.

What was in your mind when you created the symphony?

I usually work for movies and TV, and that imposes limits on you because either the director tells you what to do, or you are guided by the picture. In this case, I wanted to do something where the only limit is my imagination, where I go with how I feel and take it from there endlessly. I felt like mixing oriental instruments with the piano, something which is rarely heard. And why not add more brass? And Oud? It is not possible in a project, but it is possible in my world.

And how did this world of music began?

I didn’t study music. I have a double major in financial management and international marketing, but music has been a passion since I was five-years old. I have been taking piano lessons since I was nine, but the major change in my musical life happened when I travelled to Europe, because I was very classical-oriented. Until I was 16, I was a total nerd who would only listen to Chopin and Franz Liszt. To a modern kid, that’s a bit weird. But then I travelled on a cultural exchange to Belgium and started to get exposed to different music styles. That was the first time I got introduced to soundtracks; believe it or not, I wouldn’t watch movies at the time and, for a soundtrack composer, that’s very funny. I got fascinated by soundtracks because they have so much emotion and variations. So I began exploring it and suddenly opened up to everything, from Jazz to Blues, Electronic and Pop.

The mixture of languages also had a big influence in me. I have always studied in French, I did my university degree in France, and kept travelling back and forth to do exams in Paris. This is what defined who I am, because I am Egyptian but influenced by the music and the European culture; it was an interesting musical fusion.

Watching the video, you feel this duality very clearly: Egypt is a big part of you, but so is Europe.

It’s very true. I am very Egyptian, but everything I am thinking is in French. In the video, I was in Europe walking around, but at the same time thinking of Egypt. I was recording in Europe, but with music which is Oriental. I was nostalgic of Europe, but actually very happy to come back to Egypt. That’s why the last shot takes place at the Egyptian airport. A friend of mine watched the last scene and asked me: “why this sigh, are you not happy to come back to Egypt?” but it´s the contrary. Egypt is home. There is a lot of 360 degree flashbacks, you remember all the places around the world and somehow, you are in Egypt, Egypt was always in your heart…

Do you think this can inspire young people who want to leave the country?

I don´t think the solution is always to leave the country. Who told you that you can have a better life there? People always have this dream of going to Europe, and having this great job, a lot of money and this amazing girlfriend. You can still have all of it here, but people don´t want to fight hard enough. Right now, I am trying to go international, to present Egypt in a different way, but I am doing it from here. Your starting point shouldn’t be elsewhere. If it can inspire someone, it shows you someone who went there and decided to return and stay.

How did you get into soundtrack music?

I was playing in a rock band, and got kicked out because I was too experimental to do covers of Dire Straits. I suddenly found myself with a lot of extra time, so I decided to experiment at home, and then something very interesting happened: Sherif Hamzi called me to do his website. I was very excited, I wanted to make it cinematic and prepared some custom music and then boom! The website won two international awards. A month later, he calls me and asks: "do you want to score a movie?"

For someone that didn´t watch movies, I became a movie addict, literally. I always tell people who are down and hopeless, and don´t want to think of the potential: you just do it. Suddenly, movies became my life and I forced myself to watch movies to the point that I would watch three movies daily, twice. The first time as a viewer, and the second time taking notes. That made all the difference. I remember seeing the director go through the tracks I had created until he said: “This is the music for my movie.” It was a breakthrough for me, it suddenly put me in a position where I would receive a lot of proposals for movies and TV shows.

Who had the biggest influence on you?

Ennio Moriccone, Jani, Hanz Zimmer, and James Horner, and a lot of classical figures. I was born listening to Omar Khairat, who revolutionised oriental music with orchestral sounds. I think I have put everything in the mixer: the oriental; the electronic; the classical.

And the movie that made you proud the most?

I did a TV show with Moez Masoud, a presenter who was talking about socio-religious issues, and I offered him to do something totally different than the usual a capella voices: something spiritual-romantic and at the same time ethnic-orchestral. I am particularly proud of that one because that show changed the way TV music is done. I also worked with Bassem Youssef, one of the biggest things that ever happened to me.

What's the next big thing?

This is only the beginning. I am already working on two other videos which will create more buzz; one of them will be directed by a cinema director and will feature a famous actress.

Photography on location at Cairo Capital Club by Mohamed Diaa. Keep up to date with Moustapha El Halawany on Facebook. 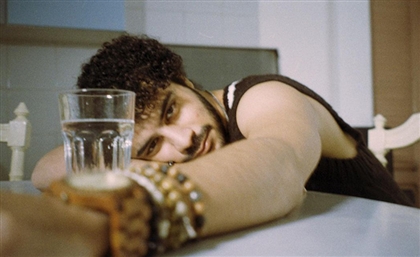 Aley Baracat took his indie-pop sound and mellowed it down a notch with an acoustic [...]