It's not easy being a DJ. One way to stay off the radar, though, is to be a Muppet, as the wacky Minus T teaches us. 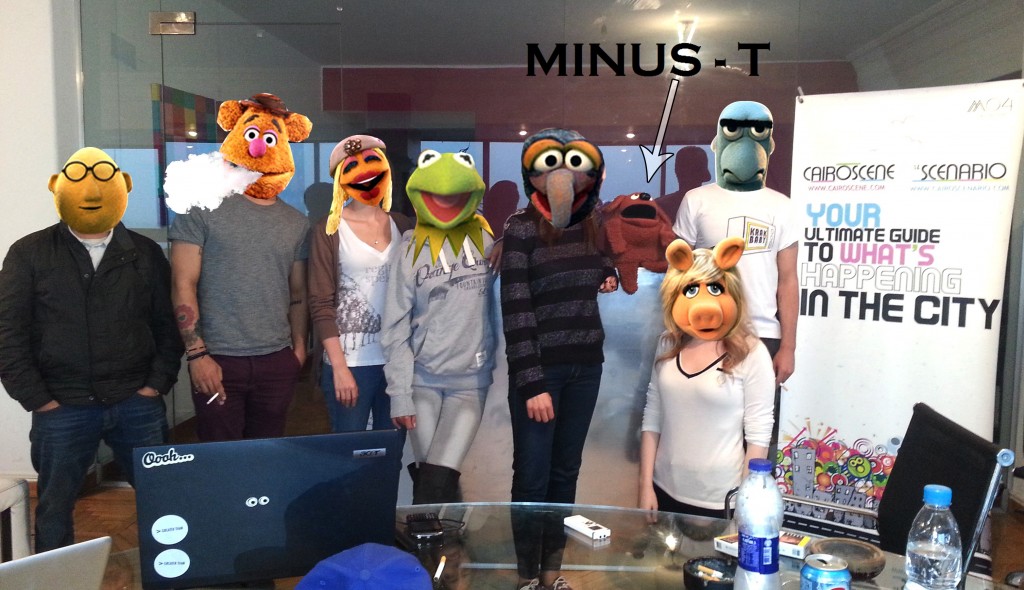 Notoriously private and rather reticent, Minus T – one of Cairo’s most talented spinners – agreed to come in to the CairoScene offices for one of our signature Music Matters interviews. As is his habit however, there was one condition: he had to be disguised as a Muppet. Of course, what he didn’t realise is that when it comes to CS, that’s not a condition, that’s a fucking incentive.  The eclectic deck dazzler who spins everything from nu-disco to deep house, techno to synth pop and electronica sat down to talks gigs, Guetta, getting girls and Nutella (the latter two points may or may not be related)…

Who is your favorite character from Home Improvement?

So how has Wilson from Home Improvement influenced your music career?

He is very philosophical and deep.

If  Wilson played house, what type of house would he play?

If  House MD from the popular TV series  ‘House’ played house music, what type of house would he spin?

When did you start playing and producing music?

Six  years ago, but it was a bit on and off.

We know you used to play in Montreal, but where was your first gig in Cairo ?

A house warming party for a friend in Zamalek. Someone actually ended up breaking their leg from dancing!

Impressive. How do you feel about this new wave of deep house that has hit Egypt?

Well I would  rather hear bad deep house than bad David Guetta house.

What do you think will be the next trend in house music in Egypt?

we’ll see if people here conform to global trends going forward haha but globally, there’s been all this 90’s style house/garage that’s been on the rise for quite a while now, stuff by the likes of Bicep, Ejeca, etc and it could catch on here since some of it will sound somewhat “familiar” to listeners and isn’t too hardcore or anything…a couple of other DJs here have been playing some of that kinda stuff recently…

Who are your favorite DJs on the local scene ?

Aly B and not just because he’s my cousin. Also Zuli, I like his shit. Zuli is one of  the best producers in Egypt.

If someone offered you a  million dollars to only play David Guetta shit. Would you do it?

I can’t do that, unless he changes his style and makes tracks i like.

What’s the weirdest thing that’s happened to you during a gig in Egypt?

I got one request for something rap or hip-hop during a house night. I told him sorry, don’t have that. He asked me if I had some salsa, as if every DJ should have fucking salsa on their set list.

Do you have any salsa?

Has being a DJ got you bitches?

Not the kind of bitches you’d want, but sometimes it helps.

If you could play with any DJ in the world who would it be ?

Why are you a Muppet?
Let’s just skip that.

What does it symbolize ?
Djs in Egypt.

Who’s the biggest Muppet –  give us initials –  this is off the record by the way (no it’s not):

Boxers. But I like different kinds of boxers, I wear my hulk ones while I’m playing.

Do you have superstitions or rituals before you spin?

A good night’s sleep is enough.

Why are you called Minus-T, why not Positive-T, or Greater than T?

It’s an amalgamation of different things. It’s a play on the countdown before a rocket launch (T- 10 seconds) but it’s also a million other things and it just came together – mainly the concept of time & timelessness = minus Time

Do you think you need to know instruments and music theory in order to become a producer ?

no not in the traditional sense….i can’t play any instruments or anything haha

I have a jar next to my bed with a spoon because I’m hardcore like that. Fuck the bread shit.

What would be your superpower of choice?

Are you serious? What’s wrong with you guys? If I had to choose one I guess don’t mind the Nazi German electro remix of The World is Mine by Blackstrobe…

This is definitely the decade of the DJ, with the spinner becoming a superstar in his or her own right. Which begs the question, who is your favorite Pokemon?

Snorlax and Jigglypuff for the name.

What’s your favorite time of the day?

Minus T will be playing House Arrest on Thursday January 24th with Tamer Auf at O Bar, Fairmont Nile City. 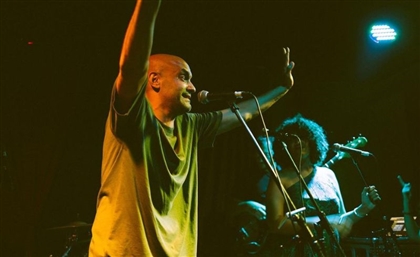 Kahareb release their first work for over a year since their album ‘Malhamet Debba’. [...] 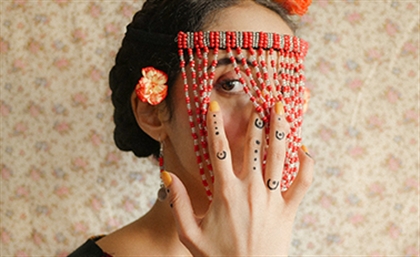