The brilliant Nomades Intercontinental make a much-anticipated return to Cairo Jazz Club this Sunday. If you fancy yourself a true music fan, here's why you don't want to miss it... 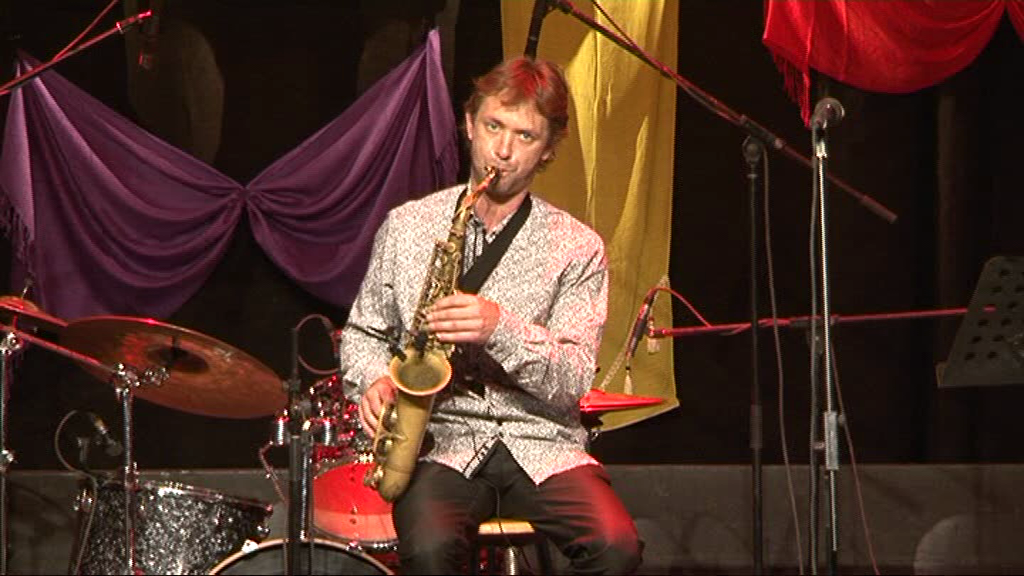 So Cairo Jazz Club is kind of effortlessly cool and pretty much always has great musicians playing at their place. It’s one of those rare venues in Cairo where you can listen to a variety of different music that’s not always khabt-ish/house-y/trance-esque/etc., and not have to be sober throughout the whole thing. This time, they’re hosting a concert for Nomades Intercontinental, a band that describes their style as ‘world jazz’; jazz-based music that’s influenced by the traditional and popular music of various countries of the world. Founded by French saxophonist Florent Cornillet (French people are hot by default so that’s reason number one to go see this band) he travels around the globe, working with jazz musicians that he meets on his trips and creating music that’s influenced by the sounds of the places that he’s visited.  Basically, he travels the world and plays music – i.e. the dream job of everyone, ever. #AwesomeLifestyle.

This international musician has studied classical music in places like India and China, traditional music in West Africa, and has charmed audiences with his sexy saxophone skills in a myriad of countries – everywhere from South Africa and Bulgaria to Morocco and Nepal. We’ve been to uh…Gouna. And Lebanon. Does that make us international too?

Nomades Intercontinental’s second album Ourouneia, was inspired by Latin America and the Eastern world, containing both salsa rhythms and sha3abi beats from Egypt. It made us feel warm and fuzzy inside to know that someone out there considers the Middle East relevant in matters besides terrorism and revolutions.

And now Cornillet and Nomades Intercontinental are back in Egypt. The saxophonist been to our fair land before (where has he not been, really?), played at the Cairo Jazz Festival and Jazz Factory and studied oriental music with epic violinist and composer Abodu Dagher. And he’s playing at Cairo Jazz Club on Sunday 2nd November. So we suggest you show up because it’s one of the few places in the city where you can listen to awesome (‘world’) jazz and drink endless glasses of whiskey simultaneously. We, for one will be there, if for no other reason than to try and convince this Cornillet guy to take us with him on his travels. We’re totally down to be his roadies.

Secure your spot for a night of jazz with Nomades Intercontinental at Cairo Jazz Club by booking online HERE through Tazkarty.net.