Nourre Fahmy Is Not Your Friend

Nourre Fahmy was thrust into the musical spotlight with Electrum Records' Student DJ competition and since then has steadily been making a name for himself spinning his unique Techno sound across the city. We speak to the nocturnal noisemaker about connections, after hours parties, and dream gigs. 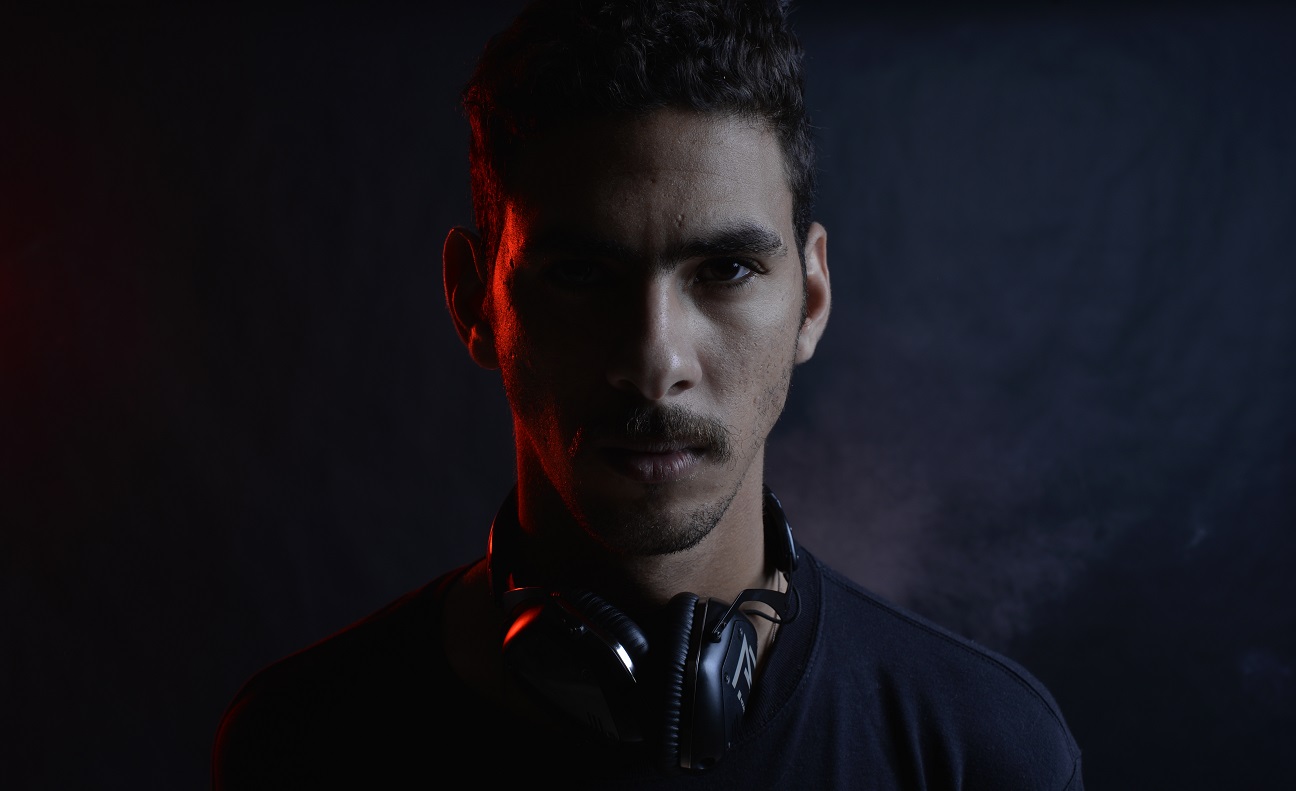 It's 8 AM at my Giza flat. I stumble into my living room after a deep slumber. The first blinding rays of sun march through the windows. I yawn, stretch my arms to the ceiling and look to my right. There sits Nourre Fahmy, arms precisely folded over each other on a Traktor S4 that's fading in a hollow kick and fading out a dramatic, gusty synth... playing to a crowd of zero. I don't think he has slept from the night before - or until the point of this article being published. It's of no surprise; Fahmy is something of a night owl, and as far as animal parallels go, an underdog too.

From coming into prominence as runner up of Electrum Records' Student DJ 2015, a feat which still surprises him -"I told myself at the time that if I just get one gig in the top ten that would be enough" - to spinning for packed crowds of hungry ravers after hours across the city over the past few months, he has positioned himself as a different kind of breed from the status quo, but garnering a following has been no easy feat, and that's because, unlike Zac Efron, he's not your friend. "DJing is all about connections," he smirks whilst tweaking the XLR cable tightly into the monitors. He lit up the Student DJ competition with a variety of drop-filled groovy Tech House tunes but it was a tactical move, "I made a horrible mistake by playing music that I thought people who came to the competition would want to listen to, and it's not the music I like. It took a lot of effort to change this perception after the competition." As soon as the gigs started coming in he quickly transposed to a more melodic, aphotic, Techno sound that he's slowly crafting as his own. "I kind of pissed people off until people started getting into it."
It's easy for new spinners on the scene to take every gig that comes their way to the point of saturation but through carefully curating the venues he plays at, who he plays with, and when he plays that new sound - sets wrought with heavy bass lines, subtler kicks and rich, busy textures, inspired by the likes of Agents of Time and Mind Against - Fahmy found the light of day through cover of night. "I refused a lot of bookings, because I didn't want to play music I don't want to play. I limited my selection of gigs and tried to play with DJs who had similar preferences," Nour reflects, citing the likes of Baher, Aly B and Gaser as examples. "I like to play in the late hour slots. The people there are there to listen to music; they're not after hanging out with their friends, complimenting each other on their cool outfits. Their senses might be fucked up and they might not know what's going on around them except for two things - they see the speakers, and hear the music." Nourre Fahmy Spinning at Cairo Jazz Club. Photo Courtesy of CairoZoom
Like many an Egyptian DJ, Fahmy had a Trance education, getting off like on tracks like Yahel's Voyage, and moved on to Psy Trance like Infected Mushroom before finding Techno. In 2006 he decided his virtual DJ skills were superior enough to garner a crowd, organising a gig at a cafe in Madinat Nasr. Back then though, he had the 'connections' due to his nomadic rounds of various high schools, being expelled from several of them (everything from discharging fire extinguishers to punching teachers) and picking up a lot of friends a long the way.
"The plan was to sell 60 tickets to break even. We ended up selling more than 150. There were bundles cash coming out of every pocket. So we decided to do it again." The sequel of course, is never as good. Renting a vast piece of land in Orabi, and buses to pick people up from all over Cairo, a total of four people attended at any one time; it was an "epic fail" and Fahmy decreed from that moment on, his DJ career was over.
He quit spinning all together for three years before his girlfriend decided to give him a push and bought him a DJ Wigo controller until eventually Student DJ came along - "The chance for exposure I was waiting for." Nourre Fahmy Spinning at Student DJ Final 2015. Photo courtesy of CairoZoom
"I'm definitely not the best DJ around, but I do know how to connect with a crowd. I wasn't even one of the best DJs at Student DJ but people felt my presence on stage at that got me through." People including his mother, who didn't miss one of his Student DJ battles, "My parents really supported me. The parties were a bit of a shock to my Mum at first, but she got used to them! My Dad came to the final but he didn't want to come to the front row, he was scared if he saw me having a drink or smoking a cigarette it would pressure me haha."
Currently focusing full time on music, Fahmy is looking to get back into production after taking Epic 101's course, and has eyes on making bigger and better connections with the crowd, mentioning Nacelle's House Sessions as a dream gig here and Berlin's Watergate in the future. Were pretty sure there'll be a crowd this time.
Find Nourre Fahmy on Soundcloud and Instagram and check him out playing at Cairo Jazz Club, November 27th.
Studio photos shot for CairoScene by MO4 Productions, shot on location at MO4 Network's in-house studios.
Photography by Ahmed Najeeb