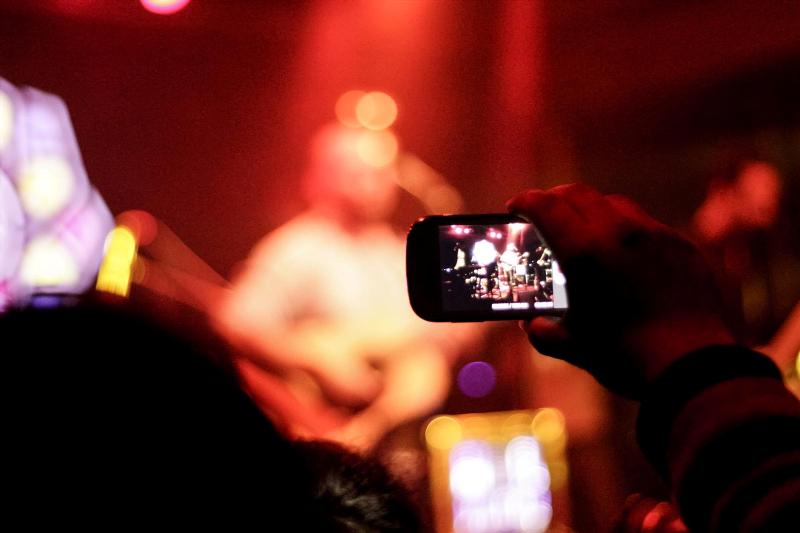 I have a confession to make. Despite the fact that I proudly call myself a music nerd, I know nothing about our local music scene.

I've never been to the Temple and had no idea what to expect going there. It felt like heading into a strange and unknown place. The only thing I knew about this whole thing that got me excited — rather, intrigued — was that it was organised by Nacelle and the Red Bull Music Academy, and as such, I was clinging on to the hope that this would be something special. Both musical institutions have repeatedly proven to me they know how to organise an event, and this time should be no exception.

First of all, I loved the venue. It has a great Nile view (well, it is a ship...) and an interesting atmosphere. There’s just something beautiful about dancing on the deck of a ship in the middle of the night.

My first impression was short lived, sadly, as I arrived to the sight of James Locksmith, one half of DUST Collective, hammering away. “Hammering” being the key term here. Simply put, the music he played just wasn't that good and was very poorly mixed, resulting in a very forgettable experience and arguably the night’s weakest point. Judging by the crowd’s reactions, I’m not the only one who felt this way. Turns out, the awesome view doesn't play well with any kind of music, after all...

Up next was Jadal, and that’s when I (and everyone else) felt the party really started. We gathered in front of the stage with expanding enthusiasm, excited to see what the Jordanian band would have to offer and, to cut a long story short, they delivered. I thought they were akin to Wust El Balad; meaningful lyrics, soulful vocals, and blues-y instrumentation all in one. I was enjoying them quite a bit. I remember after they played a few of their songs (and an Abdel Halim Hafez cover), one of the two singers warned that the next song hadn’t seen much practice and he was hoping that nothing would go wrong. And I could see why, the song involved a heavy utilisation of the keyboard, with complex compositions. However, I could clearly see the look of worry on his face transform into pure happiness, as they absolutely killed it. It was easily the best song they played.

Jadal leaves, and Egypt's addition, Fulltone enters. And what an entrance it was! Fulltone, to me, was the peak of the whole event. I loved every second of every track they played, finding myself dancing like I’ve never danced before. I was blown away by the concept of playing Deep House “live”, coupled with soulful guitars and harmonicas. I can’t wait to see them again, and I'm betting there's a even bigger future ahead of them.

Last, but not least, The Wanton Bishops hop on stage. I have nothing more to say about this Blues/Rock band from Lebanon except that they’re fucking rockstars. I honestly felt like I had travelled back to the 60s where stage dives were still an exotic act. The entire crowd swooned at their confident performance (and dare I say it, awesome beards).

After their stellar performance, Safi came on stage saying that since this night happened to be the first night without a curfew, they would all continue the party till the morning! I left at around 1AM and the party wasn’t showing any signs of slowing down. I left with a smile on my face, and a bit of regret. Going to this event made me realise one important thing: I’ve been missing out on some great, homemade music. Completely ignoring the regional scene was a big mistake, one that I will be sure to rectify.