Veteran DJ and producer Sewwes shows off his versatility with a new mix for Dutch party brand Zwoell. 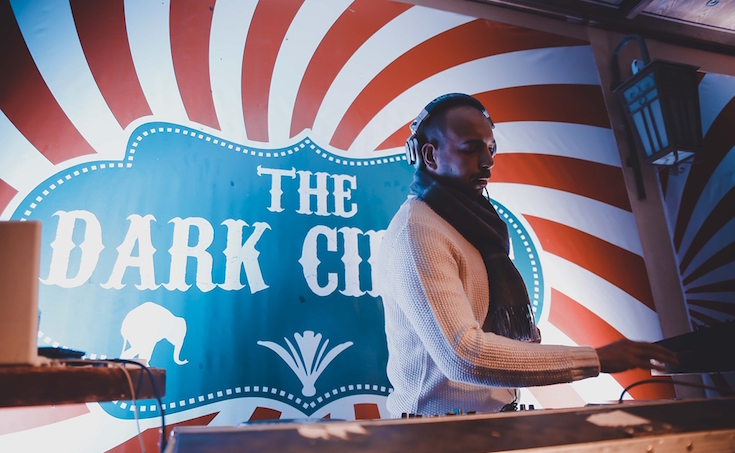 One of the most musically broad minded DJs to emerge in Egypt’s recent history has been Marwan ElSwaisy. He’s a scene veteran in the aspect of diversity alone, with the ability to play anything from 70’s disco to 90’s hip hop, from modern deep house to world music - all in one set, we might add.

Starting his career in the early 2000’s, his style constantly shifted. Focusing on certain styles for certain periods eventually led to his ear catching and now signature experimental sound. In 2006, the launch of his Pharaohs Used To Rave radio show on Tribal Mixes saw him make the move from well-respected local to international sensation.

Staying behind the decks for all those years, sharing stages with the industry’s biggest names turned him into a legend of sorts. Most recently Dutch party purveyors Zwoell caught up with Sewwes’ music through Soundcloud and asked him to guest DJ for the 20th episode of their podcast. The mix that followed is a true solidification of Marwan’s spinning prowess. The set starts off with an indie dance cut from Yse Saint Laur’Ant, quickly transitioning into an edit of De La Soul’s hip hop classic Ring Ring Ring. Sewwes doesn’t waste time setting a tone, he’s quick to prove that he’s all about showcasing brilliant music whatever the genre. Dropping more hip hop, he plays a rendition of Erykah Badu’s Soldier.

House-infused funk mayhem ensues on the mix after tracks from Lemon Mint, Dave Gerrard and Hotmood that elevate the already joyous tone. The house slowly builds into disco with classics like Dynasty’s Your Piece of The Rock kicking in and creating a nostalgic moment mid-set. He goes on to play more house gold with tracks like Kapote’s Get Down Brother.

For the rest of the episode Sewwes focuses on creating an even more blended musical feel with bouts of world music, most notably renditions of Salif Keita’s Madan and Michel Cleis’ La Mezcla, both classic tracks which have re-emerged into DJ sets this summer. Hearing The Clash’s The Magnificent Seven was also a pleasantly unexpected twist. Ending the podcast with more anthems like Aquarius’ Let The Sunshine leaves us wanting more. This is an equally eargasmic and educational mix that can soundtrack anything from road trips to house parties.