Shady Ezz: Unknowingly Thrust Onto The DJ Scene And Catapulted To Local Stardom

Placed onto a lineup by one of his best friends without his consent, Shady Ezz learned on the spot that he would be playing at CJC, and has been playing gigs all over the city since. We sat down to chat with the musical mastermind. 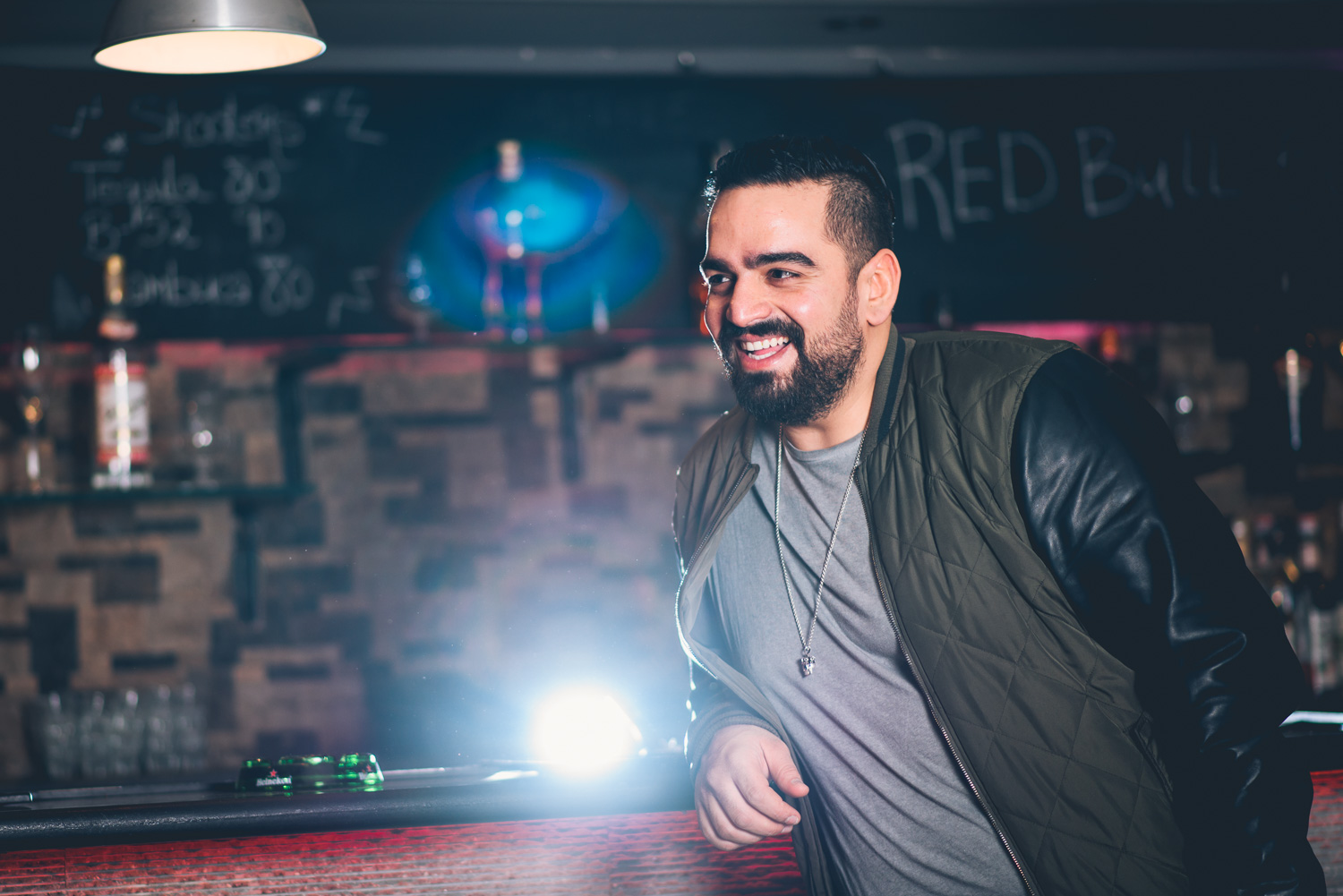 The man behind Nocturnal Artists and The Hub Productions started his career in music by doing bookings to Cairo’s biggest places - think Tamarai - and organising events under his company's name, successfully parlaying the latter into a DJing career. Sitting down with Ezz for a quick chat, we talk about how it all came together, his favourite nights, and how - after years of bedroom practice - he was unwittingly set up to play a live gig for the first time by his best friend.

How did you get into DJing? When did you know this is what you wanted to do? And do you do something else professionally?

I’ve always loved music. It started out with a rudimentary mixer and two discmans; that was in 2001. It didn’t work, I needed CD players, so I stopped DJing. Later, I bought CD players and played around at home, I was mixing in my bedroom for a while before anything serious materialised. On a separate note i also started a booking agency, Nocturnal Artists, where i was making bookings for some of the biggest venues in town. I also have a productions company, The Hub that organises events. A few years later i picked up Djing as a hobby again, i played at several after parties with Ouzo, who is a good friend of mine. One day Ouzo told me that he added my name to the lineup for his Jazz club gig, and it took off from there. What kind of music do you play?

Right now, I play a mix of House, Deep House, and Tech.

Why do you think Egypt is always one step behind the scene abroad in cities like Berlin, Detroit, Miami, London, even Bogota or Buenos Aires?

I don’t think that this is the case right now. I know what you mean, but I think we’re starting to catch up – at least with the music being played. When it comes to the crowd, however, and their preferences, I think it would be because people here are afraid of change. Before people were going to parties following a trend, for instance at a certain time all the places were playing commercial music, that was the trend then. Now, it’s improving; people aren't following trends for the sake of following trends, they are starting to get into the music itself, which is great.

What's your favourite type of gig?

Club night; small clubs, actually, because they're more intimate. People are dancing right in front of you and next to you, and you get to play a longer set.

If a really hot girl asked to you play a request for her and it’s a Britney Spears song - and if you do so you get to hook up with her, if you don’t she will probably leave the club all together - would you play it?

No I wouldn’t, unless she was really, really hot - then I might try to be political and tell her I don’t have that track, all I have is a remix of what ever Pop song I might have a remix for - some cool ones do exist. If she won’t settle for that, I’m not ruining my set.

Judging from the info that's available about you online, I gather you play a lot of different genres. What kind of music do you like to listen to when you’re not DJing?

I listen to every kind of music; it depends on the mood. I don’t listen to House all week; I like to listen to Rock and Hip-Hop a lot during the week. It's hard to pick one genre; I like music in general.

Right now Marco Carola is my favourite; my least favourite would be a bit hard to pin down, but I would say all EDM DJs.

In Egypt I have two favourites: Pacha in Sharm is my favourite big club, and CJC is my favourite small club. Abroad, my favourite night is called Music On - it’s Marco Carola’s night at Amnesia, and close second would be Ants at Ushuaia. If you’re offered one million dollars to stop mixing for the rest of your life, you cannot touch a mixer ever again, would you do it? One million pounds!

I’d definitely think about it! A million pounds is a lot of money (laughs).

How do you think the underground scene in Egypt has been faring the past five years?

Before the revolution, I was bringing in entertainment to places like Tamarai; they were mostly into commercial bookings at the time, and so was everyone else. After the revolution, Nacelle reinvented the clubbing scene in Cairo. On the other hand, a club like Pacha has been doing underground bookings since its inception and successfully filling up their nights, but that was because they were in Sharm. Before the revolution, some underground gigs were thrown every now and then in Cairo but they never delivered in terms of quality. Now we are seeing really good parties hosting underground artists with a whole new breed of venues that is shaping the local scene in a way that never before existed. I’m optimistic.

Check out Shady Ezz's Facebook for gig scheduling and more info here, and for more sets follow him on Soundcloud here.