A beat-making machine, Mahmoud Mashour, AKA SMASH. Beats, has just released his sixth EP, Renaissance. Eihab Boraie gives it a listen and, in return, it gives him hope for Egypt's Hip Hop scene. 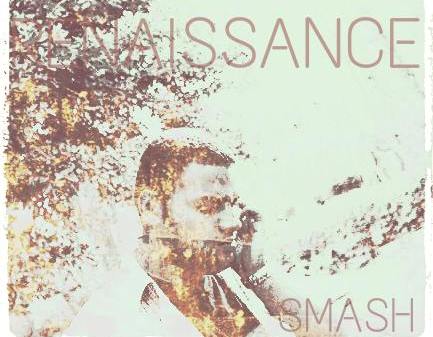 The latest local release finding its way to my ears most is an offering by Mahmoud Mashour AKA SMASH. Beats. Creating tracks on Ableton Live in his bedroom and just about anywhere else he feels inspired, Mashour has become a beat producing machine, releasing an impressive six EPs since starting out in 2011.

Renaissance is the latest EP from this beat-maker and it is definitely worth a listen. Essentially an instrumental Hip-Hop album, the banging beats are underlined with catchy hooks that’ll certainly prick your ears up.

The album starts deceptively with the EP's strongest track, It's alright, which is definitely better than just alright. The underlying beat is reminiscent of DJ Shadow, but, just when you find yourself perfectly satisfied with its catchy, atmospheric beats, it takes it up a notch with distant but soulful vocals. After listening to the track, I was anxious to disappear into my headphone world.

However, as I continued listening to the rest of the album, I noticed that the vocals became totally absent, which is to be expected from an instrumental record, but turned out to be a little bit of a letdown as the beats provided could easily be the foundation of a great Hip Hop track. Who knows? In time, it might be picked up by some MC and turned into exactly that.

I asked Mashour how this EP stacks up to his previous efforts, to which he replied “I feel like this one and  Not Far Enough - a previous EP - are my best, but this one in particular I've been working on for quite a while because I felt that the EP I released prior to this one - Cellular - wasn't my best at all. I felt like I needed to go all the way with this one."

Clearly, Mashour is passionate about what he is doing and, as such, recognises the need to push forward. In the works is a project with Omar Ezzat El Shamy, A.K.A BamBam, “a very close friend and the best rapper in Egypt in my opinion,” he explains. There is no word when he will be taking his set of tracks to a venue near you but as he’s constantly creating, Mashour promises to keep his followers well-fed, planning to release another EP in a couple a months.

Renaissance is great example of the diversifying sounds, nourishing the sprouting Egyptian musical landscape. Even if Hip Hop instrumentals don't do it for you, then appreciate the fact that beat makers are essential for Hip Hop to flourish, and if it wasn't for their efforts of beat makers like Dr. Dre, there would likely be no Snoop Dogg, 2pac, Eminem, or 50 Cent.

Listen to more of SMASH. Beats' music on his SoundCloud page here. Find out more about him on his Facebook fanpage here.