The epic battle to be crowned Egypt's next top DJ begins now as registration for the third Student DJ competition is open. We talk to last year's winners, Aguizi & Fahim, and Electrum Records to find out more... 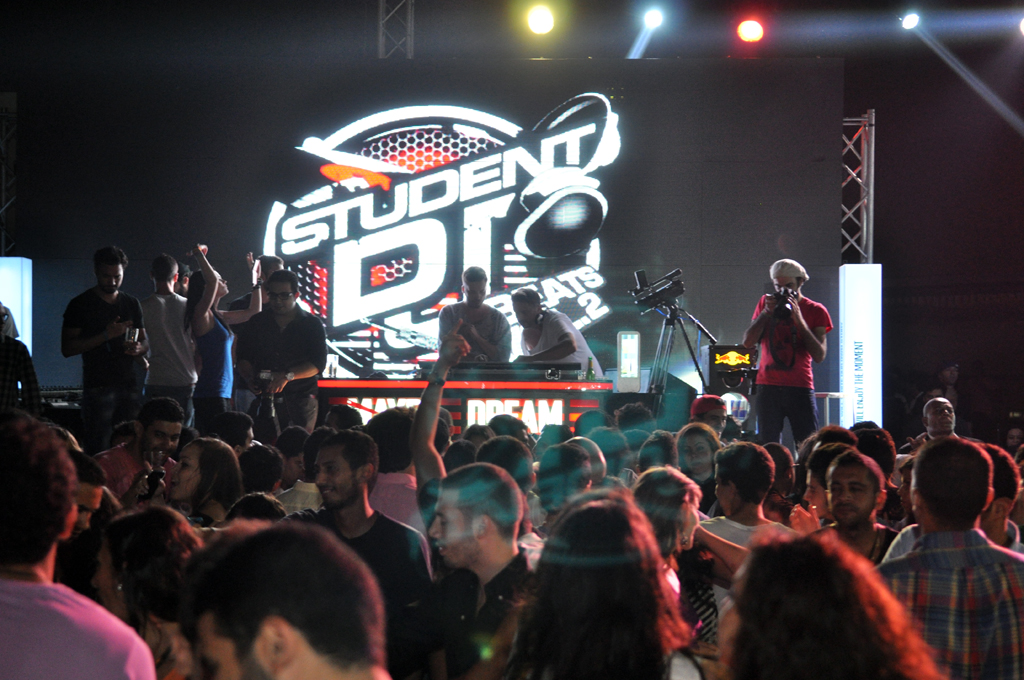 Oh to be a DJ. Travelling the world to perform in front of adoring crowds, feeding off your every flux in frequency, becoming the sole instigator of club-floor-romances, morning-after-smirks and dance-to-forget blackouts. In a world where deck dazzlers have become demi-Gods and EDM the holy script, it seems every hot blooded teen wants a piece of the life. But before you get to the elevated status of being able to trip out on stage or throwing pies at a crowd at Tomorrowland, it has to start somewhere. For a whole new generation that have swarmed the nightlife scene here, that somewhere was Electrum Records' Student DJ competition.

“That moment when we were on the stage, thousands of people standing in front of us waiting for the final announcement, was magical, heart pumping fast, but with all this pressure, we always kept a smile on our faces. The moment the winners were announced we knew then that it's our time; it's our time to show the world what we're doing,” Youssef Aguizi reflects on the instant him and his DJ partner Yehia Fahim’s lives changed on the Student DJ Final stage last year in Sahel.

The competition has grown to a revelatory scale since its inception two years ago as Red Beats which saw the likes of Baher and Batawi become household names in Cairo’s nightlife, truly transcending the dreams of bedroom DJs everywhere fantasising about moments like last year’s winners described. The format of the competition not only allows aspiring DJs opportune chances to play in front of big crowds for the first time but to hone their skills throughout, with mentorship from some of the biggest in the industry both locally and internationally, and eventually be signed, paving the way for an illustrious career.

“The student DJ competition was a life changing experience for us,” Aguizi continues, now signed to Electrum Records. “It definitely helped us get more known, not only locally but also internationally. I’ve heard we've got many fans in Russia. We've also been getting more gigs, followers, and plays. So yeah, it surely put us on the right track in order to build our careers, and we’re very thankful for that.”

Student DJ is back this year, and the applications are now open. It doesn’t matter about your experience, if you’re adept to Traktor or Ableton, or you’ve played live before or not. It doesn’t matter if you’re a boy or a girl, just that you have a passion for music, and this year the team behind Student DJ is doing their best to especially encourage female DJs to partake.

Once the applications have been submitted, a star-spangled launch event will take place towards the end of this month before they announce the lucky contestants that will be invited to a seven-day DJ bootcamp in Gouna where they'll be tested and tutored throughout the week by international instructors. Imagine a sort of Rocky style DJ training montage if you will, but with courses in mixing and production.

10 contestants will be selected from the bootcamp to compete in five rounds of head-to-head battles amidst Cairo’s party animals before the final round and finale.

Going on the success of previous years and the special additions they have planned, this year's competition will be bigger and better than before from the visiting DJs, the sound system, the visuals, the set up, the boot camp stage - everything. With each event, they’ll also be inviting specific artists to VJ using state-of-the-art audio-visual technology as well as artists to create the art surrounding the place adding an extra special feel. You can also expect them to roll out the SDJ App very shortly so you don't miss a beat from the regions biggest ever DJ competition.

So if you think you have what it takes apply for Student DJ Beats Vol.3 here.