Sha3by music - otherwise known as Mahraganat - is undoubtedly on the rise here in Egypt but one Swiss DJ, Phil Battiekh, is taking the thumping phenomenon to Europe, throwing Mahraganat parties and taking the spirit of it wherever he goes... 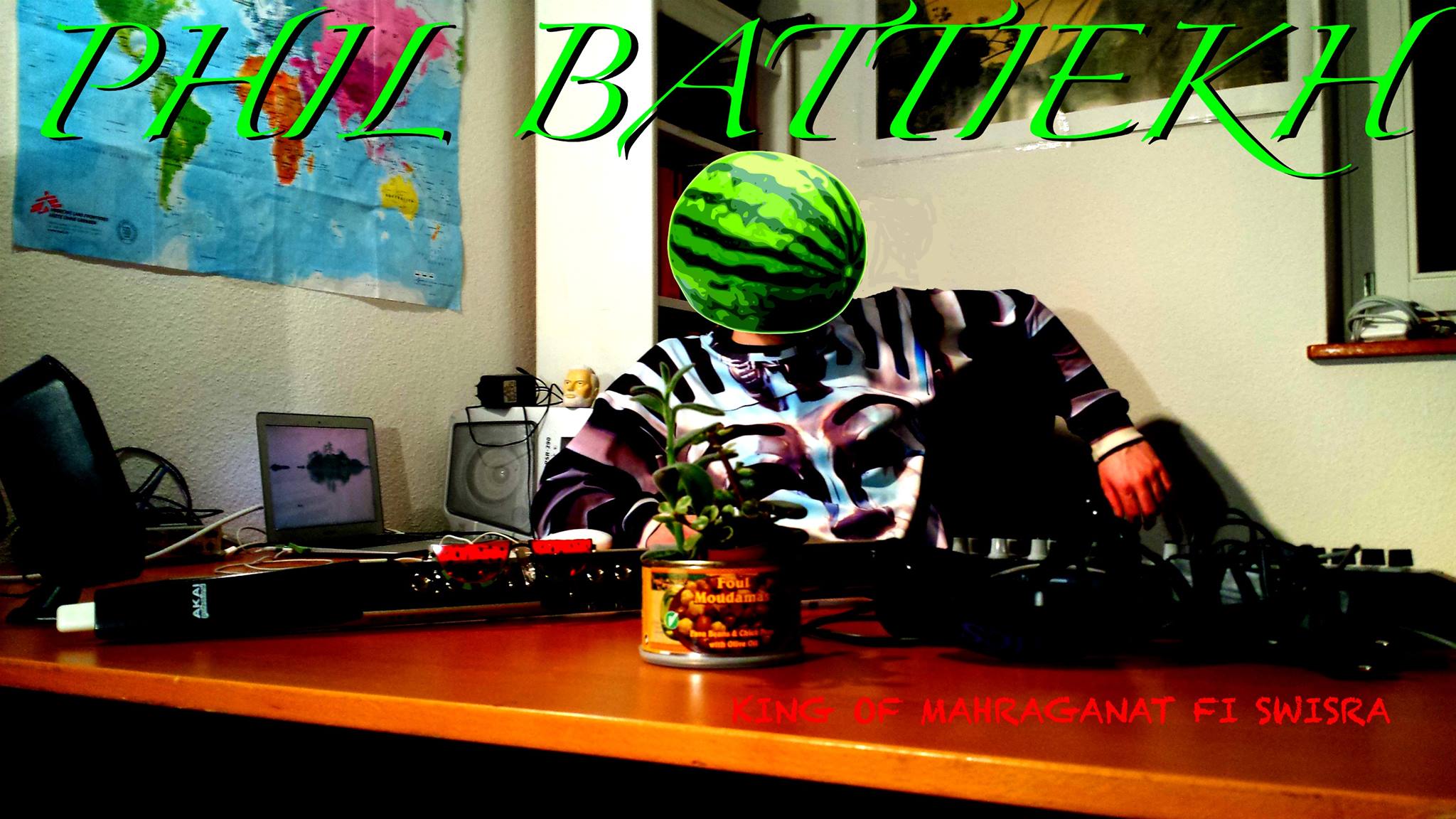 Sha3by music, otherwise known as Mahraganat, has, of course, always been around Cairo, translating to the music of the people and speaking to the youth of the country. But as of late, it has developed in to its own legitimate subculture, not just a buzzing in the back of the minds of Egypt’s middle and upper classes nor just background tunes for a wedding on the Nile. It spawned from the street and spread to become Cairo’s own voice, what Hip-Hop is to New York and California, and tracks from its propagators like Amr 7a7a or Figo have started to feature in international DJ sets around the world. The rise of Sha3by music on a global scale was brought home when we discovered the stupendously named Phil Battiekh, a Swiss native, bringing Mahraganat to the party scene in Europe. Having just performed at the first 'Sha3byton' music party in Switzerland along with Cairo Liberation Front, who claim to be the first Sha3bi DJs outside of Egypt, we got in touch to find out more and, more importantly, why.

I’m Phil Battiekh. I’m a mahraganat DJ from Basel, Switzerland and I’m pushing this music in Europe, because, well, I fucking love it!

Who else plays mahraganat in Switzerland?

No one yet. There’s actually only one other crew in Europe from Holland. I’m in the process of breeding some more mahraganat DJs and MCs from Switzerland, though, to get the scene going. Mahraganat is so much more fun when there’s a bunch of people on stage shouting and dancing. I have two MCs up until now, an Egyptian girl and a friend that studied with me in Cairo.

How did you get into mahraganat music?

I first came in contact with it when I was in Cairo the first time, two years ago, to learn Egyptian Arabic. I kept on hearing it on scooter stereos that were whizzing by and booming out of every direction in certain neighbourhoods. It became the pulse of the city for me. That got me curious, so I started investigating what it was all about. A taxi driver led me to my first mahraganat party and my body I immediately erupted into a dancing fit when I got there. It was really awesome.

It’s just a new term I invented for mahraganat. As you may know, a lot of people call mahraganat sha3by, but sha3by usually means more traditional music. At some point the term “Electro-Sha3by” popped up and that’s what most people in Europe who know of this music through other channels than me have been calling it instead of just using mahraganat. The word seems too foreign for most Europeans and they seem to need some sort of narrative to digest something that’s as different from what they’re used to as mahraganat. Some journalists and “artists” have actually been trying to sell mahraganat by pretending that it’s linked to the overthrow of Mubarak. (I wrote an essay on that subject that can be found here). Anyways, I found the name Electro-Sha3by irritating because mahraganat has nothing to do with Electro. So to give the European music consumer a better idea of how to categorise mahraganat, I call it Sha3byton. Just like Reggaeton is a mix of Carribean rhythm and Hip-Hop influences, Sha3byton (meaning mahraganat) is a mix of Sha3by rhythm and Hip-Hop influences. Both Reggaeton and mahraganat being presented live in a “maratón” style also makes the term obvious (or vice versa).

What mahraganat events have you had in Switzerland so far and how were they received?

I launched the very first mahraganat party of central Europe in the TapTab in Schaffhausen last month and it's going to be a regular thing. It was such an intense party, people who had never heard the music before were dancing like crazy. I also did some house parties. Last week, I played a student’s housing party and got great reactions. A dabke DJ who didn’t know about mahraganat heard about what I was doing and decided to stop by. We’re working on a regular mahraganat party in Basel now.

Where do you find your mahraganat tunes to play?

I got my very first songs off burnt CDs I bought from a street vendor. Otherwis,e I usually check out the newest tunes on www.matb3aa.com. It’s THE platform for mahraganat. Almost all the artists upload their tracks there and even cracked software, music projects and samples. It makes producing your own mahraganat really easy, which I really appreciate about this scene. I’m actually in the process of producing some of my own music now.

What is it about mahraganat music that you like?

It’s hard to explain rationally, I just really like the rhythm and tonality but also the vibe to it and the mood it puts me in. I’ve been into traditional Arabic music since my early teens and mahraganat is like the ecstatic meltdown of some of those sounds to me. It also gets me into my “Cairo state of mind” which can be really refreshing when you live in neurotic Switzerland.

Have you got any feedback or support from people in the mahraganat industry?

I’ve been in contact with Abosahar from Upper Egypt who I’m visiting when I come to Egypt at the end of this month. We’re going to try out a collaboration where I play with my electronic wind controller over his beats for live performances. Otherwise, I haven’t put that much effort into networking yet, I just launched the project officially last month. I’m hanging out with Sadat and Fifty next week in Switzerland though. They’re performing at a music documentary film festival and a common friend of ours from Egypt asked me to help them out with some things you can’t cross the border with. I’m really looking forward to that! I also hope to meet Al Madfa3geya when I come to Cairo. I’m in contact with their management to book them for the Intersity Festival in Schaffhausen, Switzerland this September. It’s an annual thing where all the clubs invite artists from different music scenes of a certain city and it’s going to be Cairo this year.

Do you think mahraganat music can actually make an impression on an international scale?

I’m convinced it will. The music speaks for itself. It doesn’t matter what part of the world the music comes from anymore with everything connected by the internet. If Reggae from the small island of Jamaica could make such a global impact, I see no reason why such dance-able sound from a huge nation like Egypt shouldn’t. It just needs to be spread, and that’s where the DJs kick in. I’m really looking forwards to the first English and German mahraganat songs. Also, I think with mahragan’s high energy, it could be a good antithesis to the apathetic ooh-look-at-me-I’m-so-Berlin-techno-trend of our days. Freaking out to mahraganat is great for letting off steam.

Mr.Battiekh also kindly put together a special Sha3byton mixtape just for CairoScene. Check it out below and you can Like him on Facebook here