Lebanese songstress and artist Tania Saleh has just released her newest album, 'Intersection,' accompanied by a stunning short film that follows her across the Arab world. 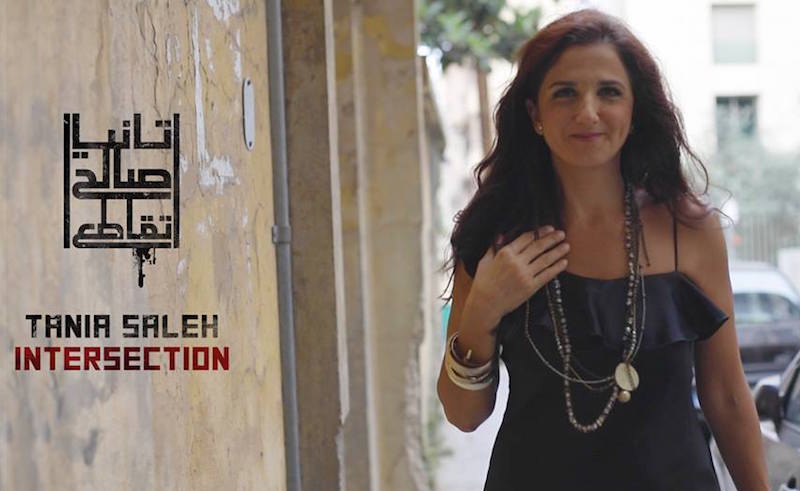 On October 23, Lebanese independent songstress Tania Saleh released her newest album Intersection, accompanied by a short film of the same name. The powerful 15-minute film sews together song snippets from the album into short vignettes, announced with elegantly written titles and paired with relevant imagery. In this project, Saleh paid homage to great poets of the Arab world, putting their work to music.

The film takes us on a visually stunning journey across the Middle East and North Africa, following Saleh as she paints poignant and politically charged murals on walls from Morocco to Lebanon. This is interspersed with footage of dabke, Iraqi dancing, the rubble of Syria, drone shots of picturesque Lebanese scenery, as well as archival footage of poetic recitations, the Egyptian revolution and old movies, to name a few. This mélange is at once nostalgia inducing and compellingly present. Additionally, the film shows Saleh in the studio with some of the musicians and producers that play on her album, including Egyptian masters, percussionist Hany Bedair and oud player Hazem Shaheen.Saleh’s project intends to show the art and struggle to lead a life of beauty in the Arab world, amidst a polarized era of turmoil, corruption and suffering. In her song Show Me the Way, she pins down the unease felt “from Khartoum to Aleppo…from Rabat to the Arab Gulf,” beseeching some undefined power: “what history is being written? Can you show me the way?”