Ali and Ismail Seleit's The Big Red House has pricked up the ears of our resident music buff, Eihab Boraie. "An album that deserves to be heard..." 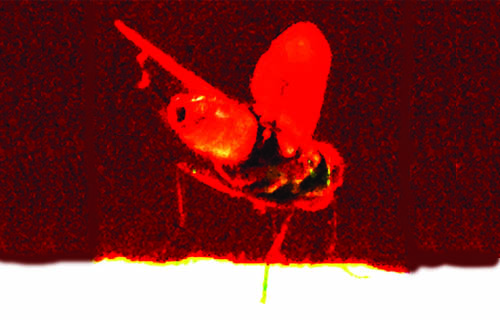 I am new to the CairoScene team and when asked to review music for them I was quite excited at the prospect of hearing what the Cairo music scene had to offer. Upon hearing bands that were succeeding, I almost felt the need to sew my ears shut, but out of what seems to be nowhere a fresh wave of sounds tickled me and my musical spine.

Ali and Ismail Seleit have put together an album dubbed The Big Red House and it deserves to be heard. Channelling outside inspirations and collaborating with a slew of artists has helped them create a unique collection of songs that doesn’t sound monotonous. Offering both English and Arabic tracks there is something for everyone. It’s hard to pigeon-hole the band to a single genre as it has elements of Dark Ambient laced with Indie Rock inspirations.

Grey Thoughts featuring Salma el-Shaffei and Abouzeid reminds me of the Strokes meeting vocals that are reminiscent of the Shoe-gaze/New Wave genres. Definitely a good a start to the album and prepares the listeners for something unique to Cairo.

Damdama features Aly Talibab and sounds like Arabic hip hop that sounds almost inspired by Rage Against the Machine, but without the crazy guitar solos. I liked it, but I couldn’t help feel like it was building to something awesome it didn’t quite reach.

The highlight for me is the wonderfully crafted I Just Saw You featuring Omar Husseiny. Dark and Ambient, the vocals sound a tad like Richard Ashcroft. Upon my first listen, I thought the song was going to fall flat, but instead it picked me up towards the end and kept me coming back for more.

Essentially The Big Red House is a good listen all the way through and it demands to be heard in a music scene that is dominated by DJ’s. I hope this won’t be the last we hear from them and I look forward to seeing how this translates to a live performance.