The life and soul of any party she spins at, we find out what makes Mayounah's music so irresistible. 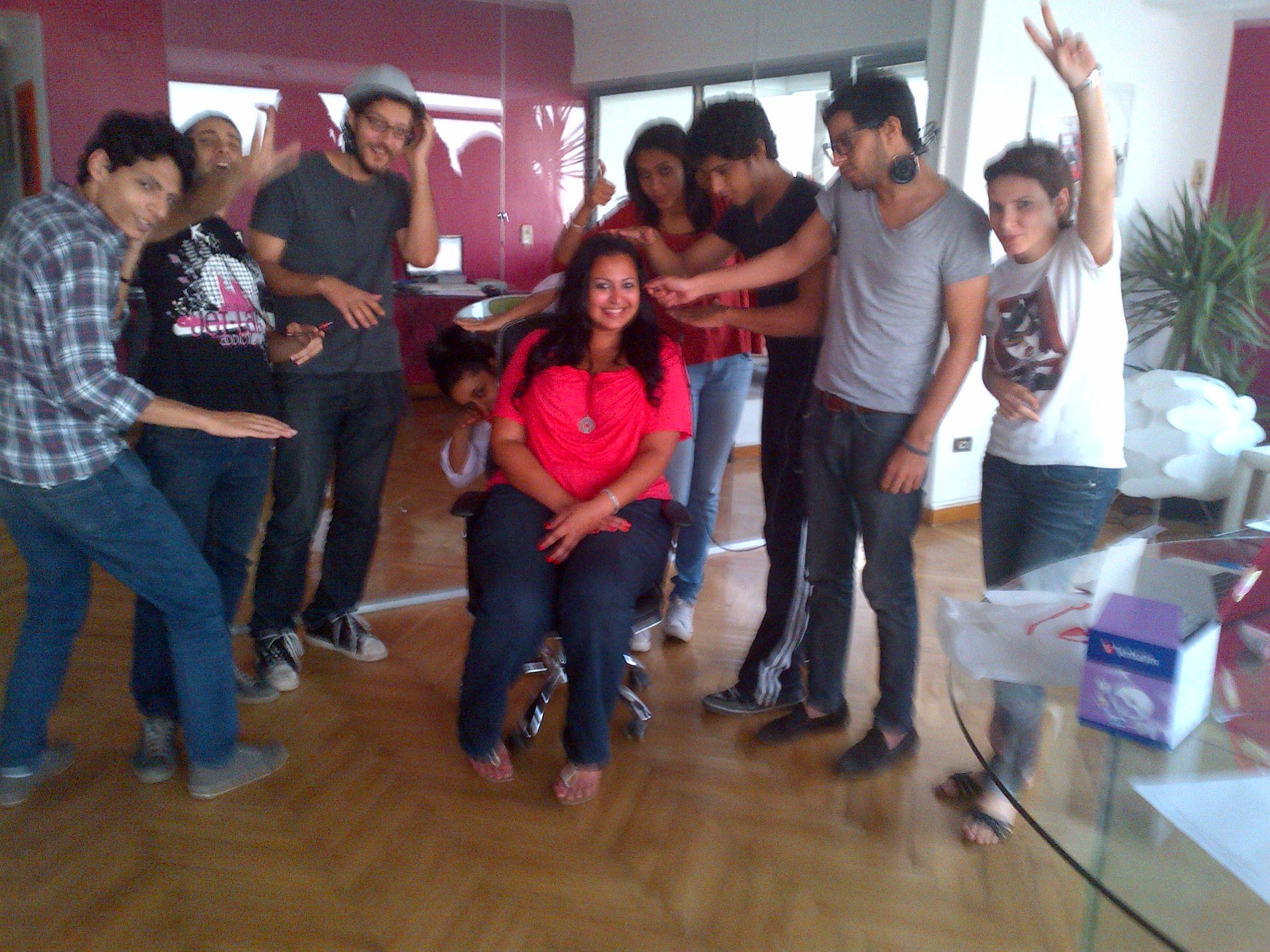 She’s been dubbed Egypt’s first and only female DJ. But according to the Entertainers’ Union, that may not be strictly true. The former Arab Leaguer is a PR guru by day and a sizzling, sexy, voluptuous, vampy spinstress by night. Hugely in demand by Egypt’s hottest clubs, we love Mayan Fawaz – stage name Mayounah. So we asked her to drop by the MO4 CairoScene offices for a chat about her hot new titillating track with Amina K and her favourite restaurants at the Semiramis InterContinental…

Can a DJ really save your life… last night, specifically?

Yes, if they know CPR. And I do. I took a course with the Red Cross. I’m a certified lifeguard too.

Are you really the only female DJ in Egypt?

Apparently there are two others but I haven’t seen them. When I registered with the Entertainers’ Union…

There’s an Entertainers Union in Egypt?!

Yes, look at this card I have!

Like most of our official IDs, Mayounah thought it best to blur her face

Anyway, when I registered they told me there were two other female DJs registered with them…

Who are your favourite Egyptian DJs?

There are few DJs in Egypt who don’t make me want to shoot myself. The ones I like are Hisham Zahran – I think he’s amazing. Ali Bahgat…

Yes Ali B, the greatest DJ in the world!

If you’re asked to play Call Me Maybe, what is your automatic response?

To curse in my head.

What do you do if you don’t have a song that someone has asked for?

At first I used to admit I didn’t have it, but that would just open up a door to this whole conversation that I didn’t want to have. I’d end up knowing that the girl had just broken up with her boyfriend, she’s really miserable and she wants the song for whatever reason. I can’t listen to your problems and play music at the same time. So now I just say OK, and be done with it.

Mayounah pretending to queue up your request

What’s the weirdest thing that has ever happened to you when you’ve been on the decks?

Men come up and kiss my hand. Please stop it.

What’s your favourite restaurant at the Semiramis InterContinental (sponsored question)?

I love the Birdcage.

What’s your favourite venue in Egypt to play in?

I love the gigs that I get in Gouna and I also love playing at Cairo Jazz Club.

You recently produced your first track in collaboration with Amina K. What is the difference between Amina K. the music person and Amina K. the designer?

One is a little taller than the other.

OK, so tell us about this Amina K. collaboration – the one with the music person not the fashion designer?

I’ve needed to get round to producing my own track for a very long time and I finally just did it. As a DJ, that’s the natural step. You can’t just sit behind the decks forever. I chose Amina because of the quality of her voice. It’s a very deep, chill track and she’s perfect for it. She also came up with the lyrics so it worked out really well. It’s being mastered right now in the UK and I need to find a record label to pick it up. (Listen to it here.)

It’s something you get when you don’t wash your hands.

As a female DJ in Egypt what are some of the greatest challenges you’ve faced?

It’s been a real uphill struggle! People think its inappropriate for a woman to work in this insutry, to stay out late and hang out in clubs and all that absolute bullshit. But thankfully, my family are very supportive. They’re 100% on board – my mum loves the new track and my dad is always asking to come to my gigs. In fact, it was my dad who got me into music. When I was a teenager he used to come back from Ibiza withal these CDs for me. I have CDs from Amnesia and Pacha circa 1996 and 1997!

What was the moment you knew you wanted to be a DJ?

It was 2004. I was at a beach club in Hurgada. The DJ was a friend of mine and I asked him to explain the concept of beat matching, which is the very foundations of everything you do as a DJ. And it went from there.