The Godfather of Music

The one, the only, the original DJ Amr Hosny passes by for a signature Muisc Matters interview. 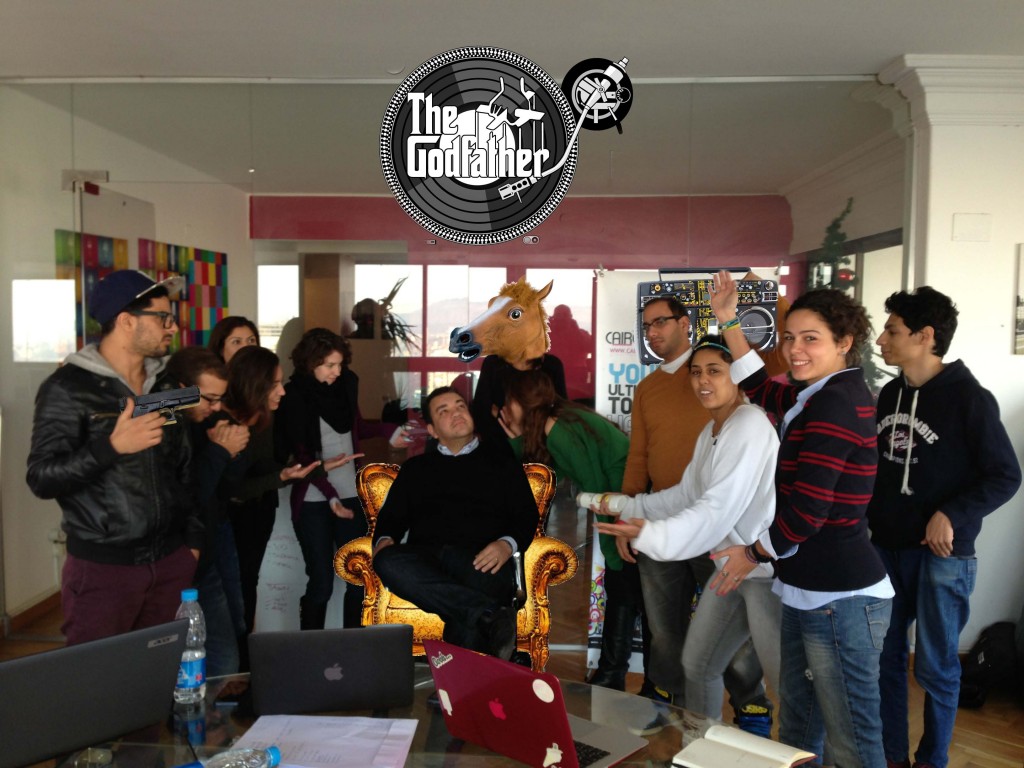 He is the Godfather of the decks. A legend amongst men. He is a deck-dazzler and dance-floor filler. He’s being spinning for over 23 years, recently set up For the Love of House – a label / production company / incubator for burgeoning musical talent – AND he’s one of the nicest guys you’ll ever meet.  On the eve of For The Love of House’s arrival at Tamarai, we speak to the one, the only, the inimitable Amr Hosny…

So what’s your go-to song to kick-start the party?

That’s such a typical DJ question, and I’m not going to answer it.

OK. How about this: Barney Stinson believes a playlist always needs to be high. Do you agree?

Because I said so.

OK. So, do you consider yourself the Godfather of Egyptian DJs?

I was there first. No, there were other DJs before me. There was life before dinosaurs.

Which dinosaur do you think was likely to be the DJ of the group?

Definitely the T-rex. With those shorter hands, it’s quicker.

These days it seems like DJing is all about fucking around on an Apple (which of course you would buy from Best Buy Egypt in Midan El Thawra). What happened to the good old days?

The newest trend in equipment makes a DJ’s skills almost redundant. My son, who is six, could technically become a DJ in three months time.

Do you miss those good old days?

Absolutely. The sound quality of the vinyl is completely different.

How many vinyls do you have?

What’s your favourite album of all time?

Everything Elvis ever did.

If Misty of Misty & Hafez fame came to you and said, “I’m not happy with this situation I want it to be Misty and Amr” what would you say?

How come you don’t have a DJ name? Like A-hole?

That would work so well.

How long have you been DJing?

How did you get into it?

I grew up in an extremely musical environment. My dad loved music and had tons of records. I started collecting records at 14. And I don’t just mean foreign imports. I mean Om Kalthoum etc. And it was so much fun. I remember my first allowance as a child. I went out and bought a Boney M tape. I walked into this store in Maadi and just said, “Boney M.” I didn’t even have enough money, but the guy gave me the tape because he was friends with my dad. As I got older I started going to all these parties – roof parties and house parties. There was this one night when the DJ had a little too much – er – gargeer – and just didn’t show up. So I took over. And back in the day we were using decks and I don’t mean turntables. I mean tape decks with knobs, and you had to put the tape inside and queue it.

Do you cry now when you see how easy it is for the new generation?

I laugh. I get this very emotional laughter. And I don’t bother to explain to people how easy it is compared to back then.

Have you sat your son down to show him?

Yeah.  He was baffled. Both of my sons now are very familiar with all the genres:  house, deep house, progressive, R&B.

Do you have a favourite genre?

No. I grew up in the days when what the DJ had to offer is what you had to listen to. There was no Internet, no MP3s, nothing. So you go to the club, you get a beer, and that’s it. You don’t think about the music you want, you just embrace what’s being played for you. And I was very fortunate to witness how things have evolved from the very basic primitive scene to what we see now. And it’s just a huge leap. *Emotional laughter.*

What do you think of this wave of Deep House that’s taken over Egypt?

It’s a trend and it will fade.

What’s your favourite ever gig that you’ve played (in Egypt)?

One night in Summer Moon at Agamy back in 2000 – that was the night that introduced Egyptians to the concept of an open-air club and I think it was the first time they’d witnessed thousands of people dancing together in one spot.

The Love Parade in Germany also in 2000. There were millions in the streets. It was a bit scary actually.

What does your lovely wife think about your all-night musical shenanigans?

Esther is awesome. She’s awesome. I love this girl. I married her. I love her.

Who DJ-ed your wedding?

One of my assistants. And he was shitting blood.

Out of the local DJs, who do you respect?

Who is your favourite?

I don’t have favourites.

What do you think of sha3by music?

Funny you should say that because yesterday I was watching an interview on Youtube with Oka and Ortega and these guys are for real. I was very impressed.

If you could play with any international DJ in the world who would it be?

It was fun playing with David Guetta.

At a private party at the Marriott.  He was a great guy.

If Regina came to you and said, “You’re not a Khaleeegi DJ but we want you to play.” What would you say?

I would say ‘who the fuck are you?’

What if they said you’d give you a million pounds but you could only ever play at Regina and you have to pretend you’re a Khaleeegi DJ?

I would give them a million pounds to fuck off.

What are your favourite five movies?

What is your favourite Pokemon?

We don’t allow Pokemons at our house.

OK, let’s talk about your For the Love of House project?

It was an idea that I had way before January 25th. For a long time I’d been haunted by the idea that there had to be something that would help up-and-coming artists and DJs to showcase their talent without being exposed to exploitative promoters. And I was doing it out of love. And then Jan 25th happened and things cooled off for a bit. I eventually asked my now-partner-in-crime Mayan Fawaz, to join the movement and she was so excited about the idea. For The Love of House is really about loving what you do and loving the people who are moving in the same direction. It’s about offering something new and strange. We dedicate part of the funds to a fund box under my name that will help people buy studio time or get their hands on the latest pieces of equipment or buy software. This is for the love of music.

Yeah it seems to be a trend now to have a weekly night that’s dedicated to a certain direction in music, and we decided they’d be the best venue.

What type of house will you play?

We’re mixing it, but carefully. We’re taking into consideration the recent movement. We’re showcasing different talents, local and international. And when we say international talents we don’t mean the mainstream, well-known people, we mean the underground DJs from Greece or Stockholm.

That’s what we’re trying to work out. It’s a room after all. And people need to learn when they go to a venue, it’s a venue just like any city in the world. You go to the club night and the promoter shouldn’t matter, it’s the music.

You work in an industry fuelled by youth. You’re surrounded by young people all the time. Do you find it difficult to associate with people who are your age?

I do and I try to steer away from certain things in conversation: cars and music.

Do you think that others your age think you’ve got a  bit of a Peter Pan syndrome?

Yeah, sure. Fuck them.

What would you do to encourage the older crowd to party with the 20 some-things and not feel out of place?

First of all it’s a state of mind. Embrace it and enjoy yourself. I go to Nacelle and I dance my pants off because love the energy. I love that people are so expressive.

You’re the ultimate dance-floor filler, yet so many DJs these days are super self-indulgent when it comes to the tracks they play, paying little heed to the crowd’s desire…

Well it starts as passion and then cockiness and then people aren’t having fun. You’re an entertainer and people across from the decks should be entertained. If you have an interesting gathering in your house you’re absolutely permitted to do what you want, but if you’re in a big room you’ve gotta play to the crowd. Unless you’re a musical God.

Finally, what do you feel is the secret to your success?

For The Love of House will be at Tamarai every Thursday from January 31st. Book online using Tazkarty.net here.