Previous Post
6 Stunning Pictures of the New Al-Sahaba Mosque in Sharm El-Sheikh
Next Post
Did You Know Beauty and the Beast's Visual Effects Were Created by an Egyptian?

The Canadian rock band that is bent on setting the world record for most countries played, is scheduled to play Cairo Jazz Club this coming Thursday. 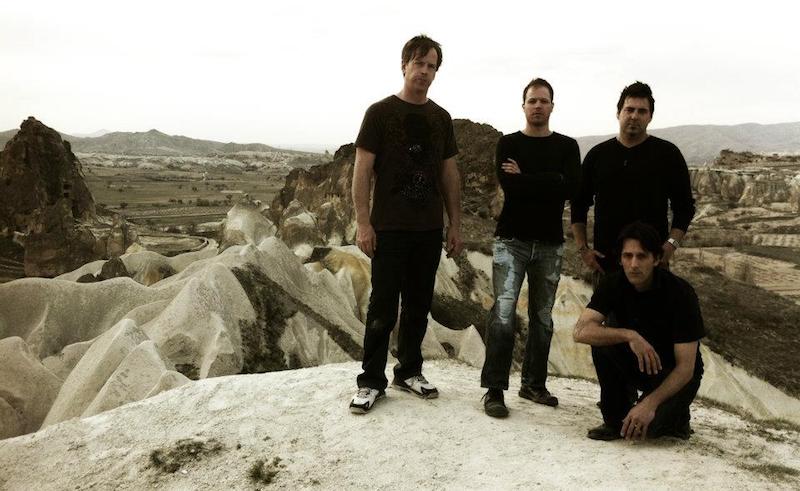 Rock is still one of the biggest genres in the world. In fact, some would argue that Rock n' Roll, with all its different sub-genres, is bigger than ever. Peter Walker from Canadian band The Last Supper tells us "Rock is not dead, and it will never die." He continues "I know people like EDM, but rock n roll gives you a kick that is unmatched, and it's alive and well, all over the world."

Walker would know, him and his band so far played in over 30 countries, as part of their attempt to set the world record for most countries played by a band - a task easier said than done.

Back in 2010, The Last Supper got their first taste of Egypt, during a surprise sand storm, they played a show at the Pyramids' Sound and Light venue - a dream come true for them. When we asked about the gig, The Last Supper front man Dan Schwetz said, "The experience had a huge effect on our sound as a band..."

We caught up with Dan and Peter ahead of their next visit to Egypt to play Cairo Jazz Club on the 30th of this month, to find out more about their sound, their goals (including setting the world record they are trying to set), and their show at the pyramids.

Follow Cairo Jazz Club on Facebook here and check out their event page for more info and to RSVP.