Promising to be the start of something huge, the Theater of Dreams is the first festival of its kind, bringing beats to the beach at Ras Shetan this month. We speak to the DJs, oranganisers and camp-owners to find out more... 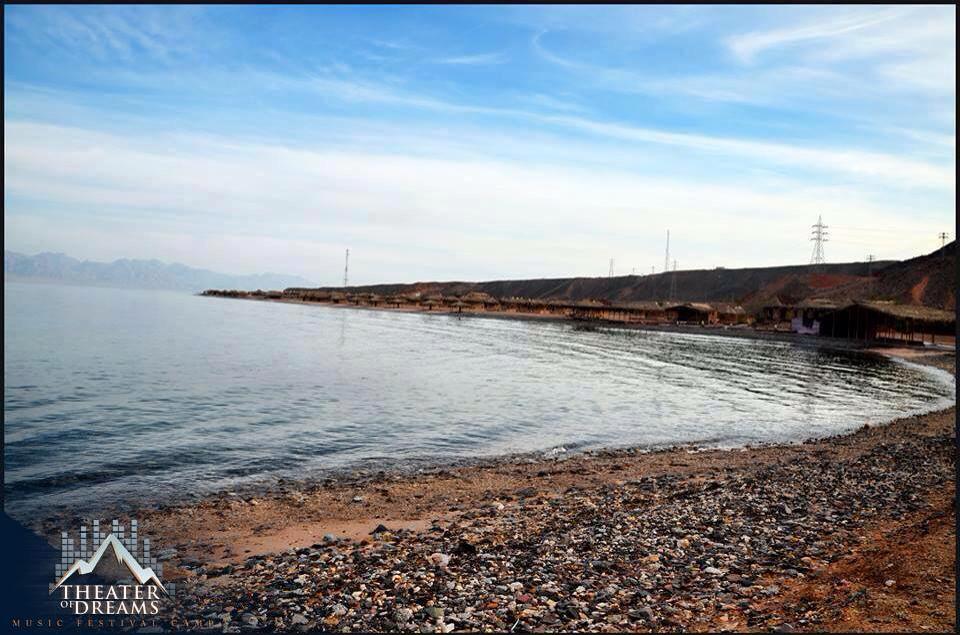 This month the Theater of Dreams Festival will be leading the city's House heads from dingy basement clubs and gaudy rooftop lounges to the stunning natural scenery of Nuweiba, South Sinai at Maagana Beach camp. For anyone who hasn't been to the area you're in for a treat your senses will be thanking you for, for years to come. Blue seas and ancient mountains will be the back drop for one of the most ambitious and exciting events of the year.

The three-day festival kicks off on 22nd January, until the 25th, with a massive line up of Egypt's most loved and best up and coming DJs for 36 hours of non-stop musical madness in one of the most beautiful places on earth. Tickets are for 1,000 LE and include accommodation for three days in a hut (half-board), as well as transportation. Better yet, the weather is forecasted to be a toasty 20 degrees during the day.

Organiser Mahmoud Zidan is hoping the Theater of Dreams will turn into a much bigger reality, "We've been travelling to many music festivals over the world recently including Tomorrowland and Ultra-Music Festival. We want to create something like this in Egypt but are starting small."

In recent weeks the Sinai area has been somewhat inundated with a new breed of fist-pumping party-goers, not quite in tune with the contrasting peaceful surroundings, but Zidan insists that the utmost respect will be held up for the area during the festival, with an aim to gather a selected group of just 200 people. "We've organised many festivals in desert areas before and this is a private event for the DJs and friends and fans of the DJs."

It's a sentiment also echoed by one of Maagana Camp's owners, Faisal, a native Bedouin from the area: "There were events here before whose aim was simply to make money, I just want to make people happy."

"Noise pollution shouldn't be something to worry about as we are in a secluded place and have permission from all authorities in the area and the crowd coming are all people we know," adds Zidan.

As for the music itself, from midday until sunset you can expect chilled out beach-side tunes during breakfast before the unparalleled line-up of DJs take over with two hours each on the decks. "I'm very excited to mix at this event as it's the first of it's kind," experienced spinner Aly Awadi told us. "You can expect good music that works with the theme of the beach and views and mountains. Happy vibes, positive energy and a lot of vocals..."

One of Cairo's most promising talents Gaser El Safty will also be part of the Theater of Dreams. "I'm pretty stoked because I know most of the DJs, it has the potential to be really cool and hopefully it could be a recurring thing that breaks the monotony of Cairo clubbing. I think the common consensus between the DJs is that we'll have the freedom to play whatever we want, unbound by a particular sub-genre of music you'd expect to hear at most venues; the Techno heads can get as dark as they want while the dancier and more upbeat DJs can also go all out."