TOD is at its third year and they just announced the lineup for their epic 3-day 2nd anniversary celebration... 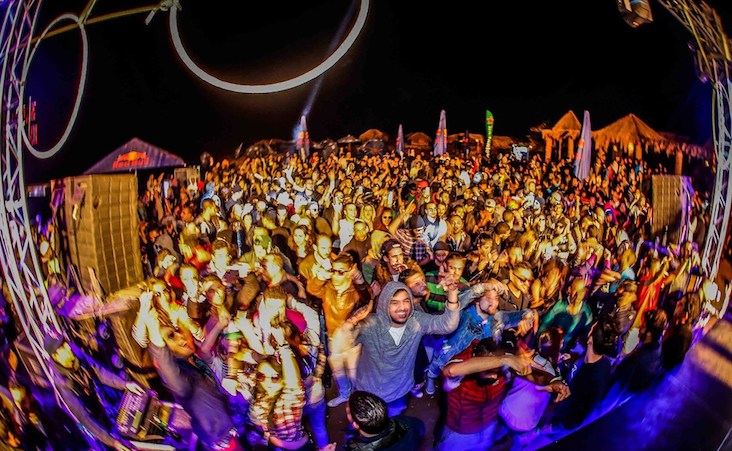 Two years have passed since the launch of Theater Of Dreams, the pilot event in Nuweibaa was unlike anything Egypt had ever seen before. In the past two years, TOD was able to cement itself as an integral part of Egypt’s party scene, throwing a multitude of events all over the country. This time TOD is partnering up with Freedom Music, whom together are set to throw a series of events, starting with TOD's second anniversary next month. This time around, Mahmoud Zidan, the man behind Theater Of Dreams is not holding back! A team of visual artists are being sent to the Maagana Beach Camp in Nuweibaa, ten days in advance, to create a number of visual art installations that will leave you bedazzled. During the festival, every morning, a slew of activities have been planned, ranging from capoeira, to yoga and pilates, plus bowl and gong healing session, amongst other cool stuff.From February 2nd until the 4th, an epic lineup of Egypt’s most talented spinners are set to perform their music in one of the country’s most picturesque locations. On the beach of the Maagana Camp and at the foothills of the Sinai Mountains, the following artists are set to make their audible magic: Ouzo, Sebzz, Akladios, Horrible DJs, Ampish (Hazem El Beltagui's other alias), Aroussi, Fayek, Azaar, Jimmy, Fulltone, Marc Wahba, Omar El Sabh, Nourre Fahmy, Misty, Azaar, A-Squared, Aguizi & Fahim, Abou Samra, Aly B, with more to be announced. Mark your calendars, ladies and gents, for the three days of musical mayhem TOD is about to unleash on Sinai!