Unfamiliar Things Are About To Happen To Cairo's Nightlife

Electronic music DJ & Producer Zeina is teaming up with the sensational Alicia Hush to give Cairo its first taste of girl power à la Electronic! 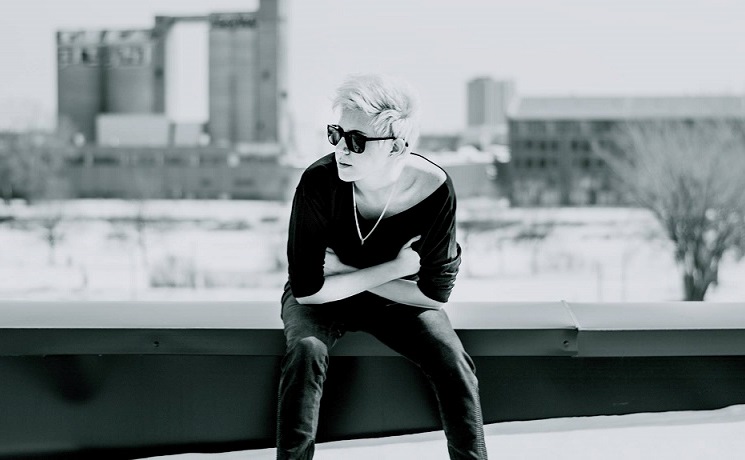 Whoever said there aren’t enough talented female DJs out there certainly hasn’t heard of Zeina, the hardest working DJ in Cairo’s boisterous nightlife scene. The Egyptian Electronic music DJ and producer has trotted the globe, but when the motherland called, she came running, her passion in tow.

Little did she know her journey here would be unlike anywhere else; “A guy was once so excited about the music, he threw 200 pounds towards me to express his appreciation […] I’ve also gotten career advice from a club patron, mid-set, on what sound I should be playing to ‘make it’ in Cairo and another fellow asked me when the DJ was coming during a mix,” she told CairoScene back in September of last year.

The need for a culture change has always been felt, but Zeina was the first to do anything about it. Her answer to the nightclub industry’s diversity problems came in the form of an event series to showcase talented Electronic music female DJs and live acts: Unfamiliar. “I wanted to achieve two things: one was to use the name to create a space and a freedom to bring in names that people in Egypt may not know. The second is sort of a tongue-in-cheek about how a woman in a leading position in Egypt is an 'unfamiliar' concept,” she says. “Women have been in Electronic music since the beginning, and what we're doing isn't revolutionary - it's necessary. I have come into contact with so many incredible female talents; from all artistic disciplines […] Unfamiliar is about a creative female effort centred on my favourite word: collaboration!”

However, Zeina’s dreams for Unfamiliar go beyond the realm of music; “it is our goal that, with time, we can incorporate art, workshops, and continue to take things to another level,” she revealed. “An important part of our mandate is to also uncover hidden gems,” she says.

The monthly affair kicks off this Monday, March 7th, with Canadian music producer & DJ Alicia Hush who will be taking over the decks alongside Zeina. “I met Alicia nearly nine years ago, in a dark corner of a dark club in Toronto! It didn’t take more than a few seconds for me to feel overcome with that feeling you get when you see someone doing something they're meant to be doing. Until this day, when I watch Alicia perform, I see her pouring her soul out into her music,” she explains. The first Monday of the month is always the worst, but Unfamiliar will electrify it. “Our monthly events will be hosted by Behind Closed Doors, a hush-hush Monday night in Cairo that has probably the best vibe I've experienced in the city,” she tells us. Egypt has a long way to go before men and women are treated equally; but, two centuries ago, it was inconceivable for a woman to be anything other than what society has intended for her. Zeina’s tireless efforts to shed a light on other female artists are nothing short of magnanimous and, one day, when the idea of a female DJ no longer inspires shock and awe, we will have her to thank for that.