Throughout a musical career that has seen him collaborate with the likes of Christina Aguilera, Gnarls Barkley, and Kendrick Lamar, Miles Mosley has always stayed true to his unique sound. 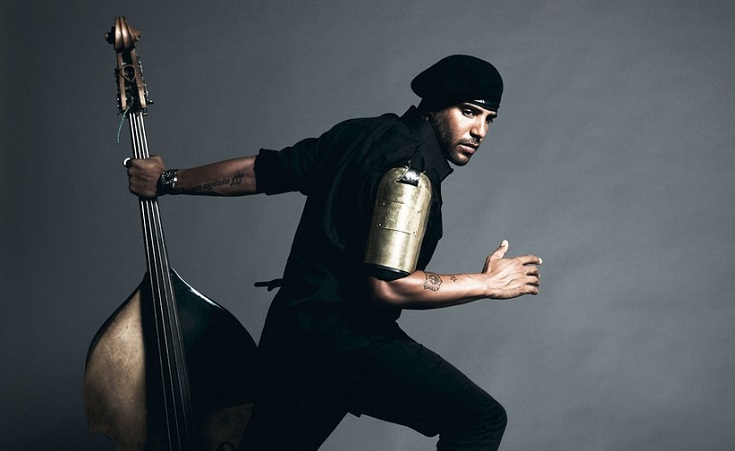 Miles Mosley is undoubtedly one of the world's most talented upright bassists, also a vocalist and composer, he received his classical training from the Colburn School of Music in Los Angeles, and his undergraduate degree in music from UCLA. Mosley played  with some of the biggest names in the industry, the likes of Christina Aguilera, Gnarls Barkley, and Kendrick Lamar. He toured the world, shared stages with the likes of Lauren Hill, Mos Def, and Herbie Hancock, cementing his reputation as one of the most in demand upright bassist's today.The first single released off the forth coming album is Abraham, released on Alpha Pup's sub-label World Galaxy. The song kicks off distinctively up-beat, and vintage keys highlight the foremost quarters of the track while a brass section takes the lead as the song reaches it's mid point. The lyrics are clever, and Mosley's voice is soulful, one of the most unique jazz records we have heard all year. The second song Mosley released this year -  leading up to the album release next month - is Young Lion, which breaks open with a heavy burst of energy. The brass section is active from the get go, sustaining a certain vibe throughout the song. Mosley's bass solo at the end of the track is the highlight; heavily effected, it is definitely one of the main reasons we fell in love with this song. Upon the album's planned release on January 27th, Mosley will kick off a world tour, with locations dotted all over the globe.