Kicking off D-CAF's music programme with a bang, we catch up with the Wetrobots in the most surreal of surroundings. 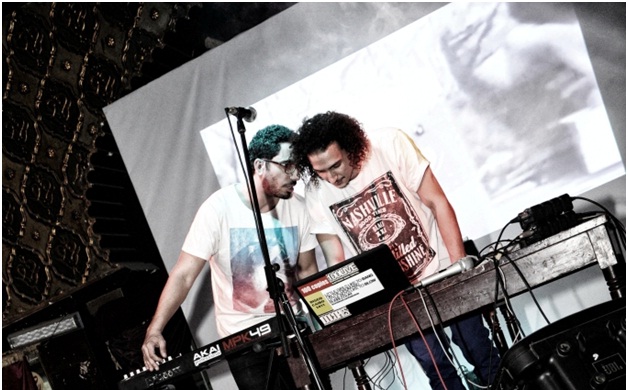 “Oh great. This is what my life has come to. I’m playing at a fucking cabaret,” a jetlagged Ismail Hosny, who had only arrived from New York a day earlier, exclaims sarcastically as he walks into his dressing room in the basement of the Shehrazade Club. Meanwhile, in the background, Hussein El Sherbini is nervously munching on an apple from a fruit plate given to them by the club’s manager. He’s joking about how ‘rockstar’ this is before shouting out to the manager: “3ayzeen ra2aassa ba2a!” Hanging out with the Wetrobots is like living in a parody of VH1's Behind The Music. Probably two of the most talented producers in Egypt, they should be acting like God’s gifts to music, but they don’t particularly exude the sort of exuberant confidence that usually accompanies this sort of creative ability. Joking about being hot shit, then, only adds to their charm without taking away from the fact that they take their music very, very seriously. The groupies, drugs and money come in as very far second… or so they say.

I caught up with the Wetrobots just before they inaugurated D-CAF’s music programme, performing alongside, Byetone –the German legend of Techno music. The basement dressing room seems unchanged from 50 years ago when the Shehrazade was a well known hotspot for half-naked, fat, jiggling women and fat, jiggling piles of 5 LE notes. If, however, the room was meant to be ironically kitsch, you can’t really get much better than the dusty mirror framed by multicolored light bulbs mixed with what feels like the locker room of a third-division football team. The same goes for the incredible theatre space; the elaborate baroque-style, embellished walls immediately give importance to any performer, especially when the music being played sounds almost futuristic. These clashing elements – Electro-Clash and Techno versus romance and drama made for a head-spinning, era-transcending concert.

Before the performance, El Sherbini tells us that he has a surprise in store, refusing to let it out like an excitable kid in a playground. It turns out the Wetrobots lead vocalist Bosaina II was unable to make the gig. So, out of nowhere, and after an intro of epic proportions that samples some of duo’s bass-heavy experimental solo tracks, he whips out a mic, literally jumps off the stage and starts bellowing out the lyrics himself, turning Bosaina’s sultry, sexy tone into his own. If Bob Dylan had a baby with Marky Mark, he would sound a lot like El Sherbini’s vocals on that night. The crowd quite literally erupted. To be fair, it was pretty fucking rockstar of them.

What does it mean to you to be chosen to kick-off D-CAF?

Hussein: Yeah, it was great but I don’t think it matters that we’re the first to perform.  Just being part of something this cool was the best part.

How  was it performing with Byetone?

Ismail: Oh my God! One of the best musicians I’ve ever seen live.

What did you think of the Shehrazade Club?

Ismail: It has such an amazing vibe, it’s a shame there aren’t more concert and parties at places like this.

How do you think replacing Bosaina with Hussein for the night went?

Ismail: I was actually surprised at how good he was!

Hussein: Honestly, I do not recall what exactly happened! I only remember up until the point where I jumped off stage, and was swinging the mic around...

Would you make love to the Bowers & Wilkins speakers provided here by Archimedia?

Hussein: If it was legal, yes. 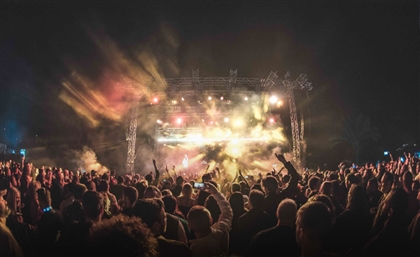