The ins and outs of all the noise coming out of the Downtown Contemporary Arts Festival this year, set to kick off on 20th March... 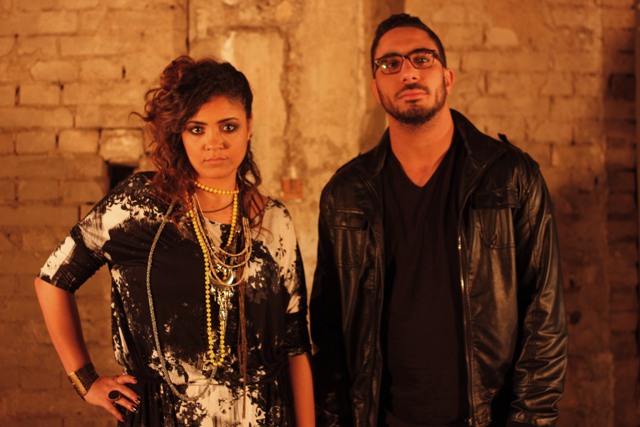 Starting 20th March Downtown will be swarming with culture vulture-ism and musical madness seeping into every nook and cranny of the area that’s slowly but surely being reinterpreted into a modern day hub for Cairo’s creative scene.

D-CAF’s music program curated by Mahmoud Refaat - the man who spearheaded the Electronic music scene in Egypt and founder of 100Copies recording studio - will host one of the finest, eclectic line ups of international and local acts ever seen in these parts, all chock-a-blocked into 4 weeks, most of which will be taking place at the stunning, high-ceiling Sherazade club. As the owner of 100 Copies told us in an upcoming feature, he aims to give Cairo crowds a bit of a shock with the interrnational acts coming in whom most of which you most likely have never heard of, but definitely should get acquainted with.

So here’s our guide to music at D-CAF, so you quite literally don’t miss a beat. Click on the links to book tickets, exclusively through Tazkarty.net.

Imagine if you will, that through some freak accident M.I.A, Gwen Stefani and Grimes had an offspring and you get the looks and vocal stylings of one half of Skip & Die; South African vocalist and visual artist, Catarina Aimée Dahms. The other half is Dutch musician producer Jori Collignon. How these two ended up getting together and collaborating on some unbelievable, truly genre-bending music that fuses tropical beats with Bass music with Hip-Hop and Electronica, we will never know, but we’re glad we’ll get a glimpse of the result.

Now if you’ve never heard of Islam Chipsy, then shame on you, seriously. A genuine genius for all intents and purposes of the word is basically becoming more well known outside of Egypt thanwithin. And why? He is one of the pioneers of the underground Electro Shaabi scene but more importantly his scattershot playing style is something that has never really been seen before, almost slapping chords out of his keyboard at a faster-than-your-eye-can-follow pace. What may look like primitive expression is in fact years of practice manifested into the freshest of approaches to live performance…

London's massive urban radio station Rinse FM recently collaborated with 100Copies, combining Electro and Shaabi music from here with London’s Electronic music scene to explosive effect at none other than Boiler Room London. It’s now time for part two as UK artists including Kode 9 will be joining forces with performers from Egypt’s underground scene like Figo, Sedat and Refaat himself for a mad night of fusion right here in Cairo. Howa da!

The word 'fusion' gets banged around a lot these days. It makes sense when you’re coming from a Westernised Arab society but when we say Syrian Samer Saem El Dahre AKA Hello Psychaleppo fuses Oriental sounds with Western beats, it’s nothing to roll your eyes at. We mean it when we say it’s probably the best we’ve ever heard. Taking inspiration from Arab heritage music and legendary Egyptian singers he injects some sick beats and sampled cuts for out of this world grooves.

Nahshid Sulaiman, AKA One Be Lo, masters slick, sick smooth Hip Hop that you can’t help but nod a head and raise an arm or two to but there’s a vastly more fascinating story behind him. Adopted and growing up in Michigan, he found himself in trouble with the po-po and then converted to Islam following a stint in prison. This was followed by the formation of  his Hip Hop group Binary Star of which he is most well known for as well as being part of the world champion B-Boy group Massive Monkees that featured in America’s Best Dance Crew 2012. Lo moved his family to Egypt to expose them to a non-American perspective, where he also resided for several years.

Touted as ‘Arabic Music’s Modern voice’ and rightly so, Lebanese singer/songwriter Yasmin Hamdan first became known with Soapkills, an Indie/Electronic duo she founded in Beirut before moving to Paris and excelling as a solo artist. She has this sultry, dark voice that will pierce right through your soul, back dropped by beautiful folk and Oriental beats and melodies.

Next, what happenens when you put one of Cairo’s most technically gifted producers, one half of the Wetrobots, with a pinchent for floor filling Techno and jaw dropping bass in the studio with a Virgin Megastores best selling Arabic female pop star? Well, we have no fucking clue, but we really can’t wait to find out as Ismael and Fayrouz Karawya take to the stage.

If all the above isn’t enough for you, after each gig go ahead and unleash the hafla hayawan from within as Downtown Bar/Club/Art space Vent will be D-CAFs official nightclub/after party/hafla hayawan partner. You can trust they’ll have a different DJ every night to put you in the mood to go crazy until the wee hours of the morning until you stumble out into Talaat Harb with the sun shining on your face, happy in the knowledge that Egypt finally has a collaborative music scene to be proud of.

As usual CairoScene will be here, there and everywhere covering all the events live as well as exclusive interviews, videos and features with the artists involved. For a full line up of D-CAF events check out the CairoScene events calendar here and stay tuned to Cairo Zoom, who'll capturing all the moments from the festival.

For more from D-CAF check out their fanpage here or visit www.D-CAF.org