New Music: Go! Save the Hostages! A Cloud Passing Over Cairo

In equal parts melodic and melancholic, the latest offering by the Post Rock ensemble evokes a post-apocalyptic landscape without a single lyric. 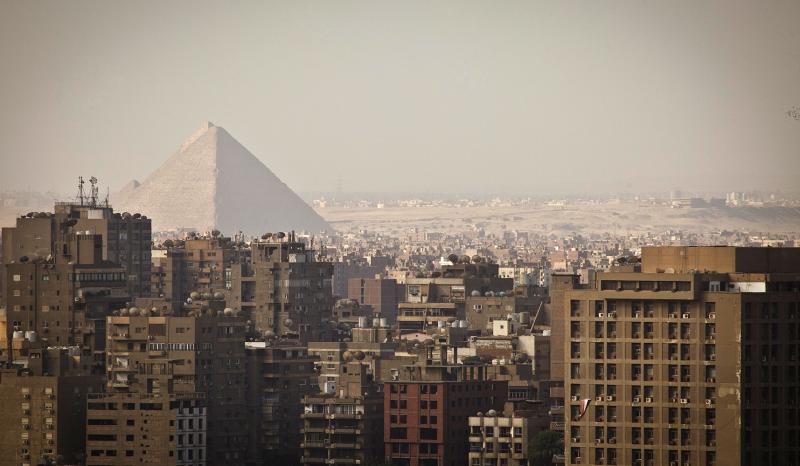 Imagine a post-apocalyptic Egypt, left to waste away because of our own man made failures, then picture walking alone through the ruins of City Stars, reminiscing on the shallow promises that capitalism failed to bring. On this imaginary walk through isolation and despair appears a cloud over the roofless ruins providing a refreshing sense of serenity, clarity, and musical beauty. These are the images flooding our brain as we listen to the latest Go! Save The Hostages! offering entitled A Cloud Passing Over Cairo.

A Cloud Passing Over Cairo is the triumphant sophomore release of Cairo based troubadours Go! Save The Hostages! Released on January 25th this album epitomises what Post Rock is supposed to sound like. Post Rock is a sub genre of Rock music, often instrumental, where many of the instruments used in classic Rock music are used to create texture and cinematic rhythms instead of playing traditional power chords. The genre surfaced in the late 80s and into 90s thanks to the efforts of bands like Slint and Tortoise who were arguably channeling The Velvet Underground ‘Dronology’ sound and infusing elements of jazz. Often considered as anti-establishment music, the genre seemed to reach its height during the George W. Bush’s reign, and offered a bleak yet beautiful symphonic soundtrack to those in search of light during those dark days.

That being said it is no wonder that Post Rock seems to be surfacing in Cairo these days. Without the use of lyrics, Go! Save the Hostages! manage to say more about Cairo’s troubles than acclaimed political posers of the 'revolutionary music' persuasion, using only instrumentation. Carefully constructed, each track has various movements that are both beautifully melodic and while remaining comfortably melancholic. Alternating between heavy riffs and dreamy soundscapes, A Cloud Passing over Cairo is immediately memorable.

Those who love the Post Rock genre will consider this ear candy, while those unfamiliar to the genre may argue that it is hard to distinguish between tracks. This criticism is typical of most Post Rock offerings as it is a style that can often sound unchanged between tracks, making it pointless to breakdown each track. Where Go! Save the Hostages! succeed is in distinguishing themselves through using a diverse variety of instruments and dynamic movement changes that are experimental yet accessible to virgin ears from start to finish.

With the release of just five tracks some may suggest that this is an EP and not a full album, however all songs are over five minutes long, with a runtime of  almost 35 minutes warranting it as an album release. When listening to each track, the listener may find themselves imagining their own scenario whether it be positive or bleak. Written, produced, and recorded by the band themselves, the production quality is crisp and polished and is instantly and easily one of the best sounding Post Rock albums to come out of Cairo.

Even if Go! Save The Hostages! don’t manage to save the hostages, at least they can take solace in the fact that they are saving Post-Rock genre and proving that a cloud passing over Cairo does in fact make a sound.

Find out more about Go! Save The Hostages! on Facebook.