The Middle East is blessed with an almost all year round heat wave that just begs for a refreshing dip, so we've taken our pick from some of their most gorgeous hotel pools to chill in.

While summer might be coming to a close around most of the western world, luckily (although sometimes not so luckily) the Middle East is blessed with an almost year-round heat wave that just begs for a refreshing dip. As you might imagine, then, the region’s pool game is very, very strong and so we’ve gathered some of what we think are the most beautiful pools out there. We’ve chosen mainly based on aesthetics, as opposed to the consistency of the water, which is to say they’re all quite wet... 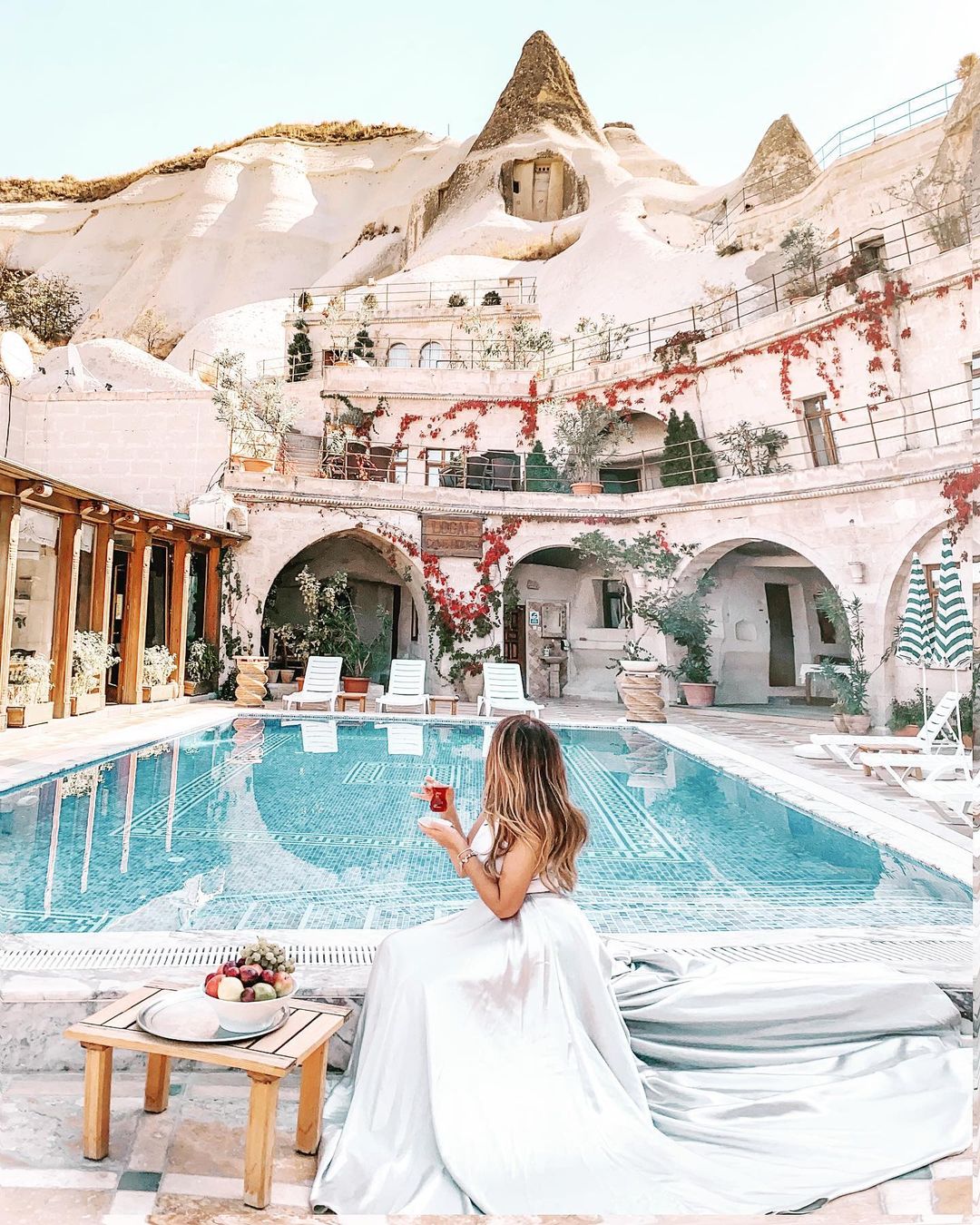 Feel the historic atmosphere of an ancient landscape as you take a dip in the Local Cave House’s terrace, carved into the famous Cappadocia mountainous white cave formations with a view of hundreds of hot air balloons every day. 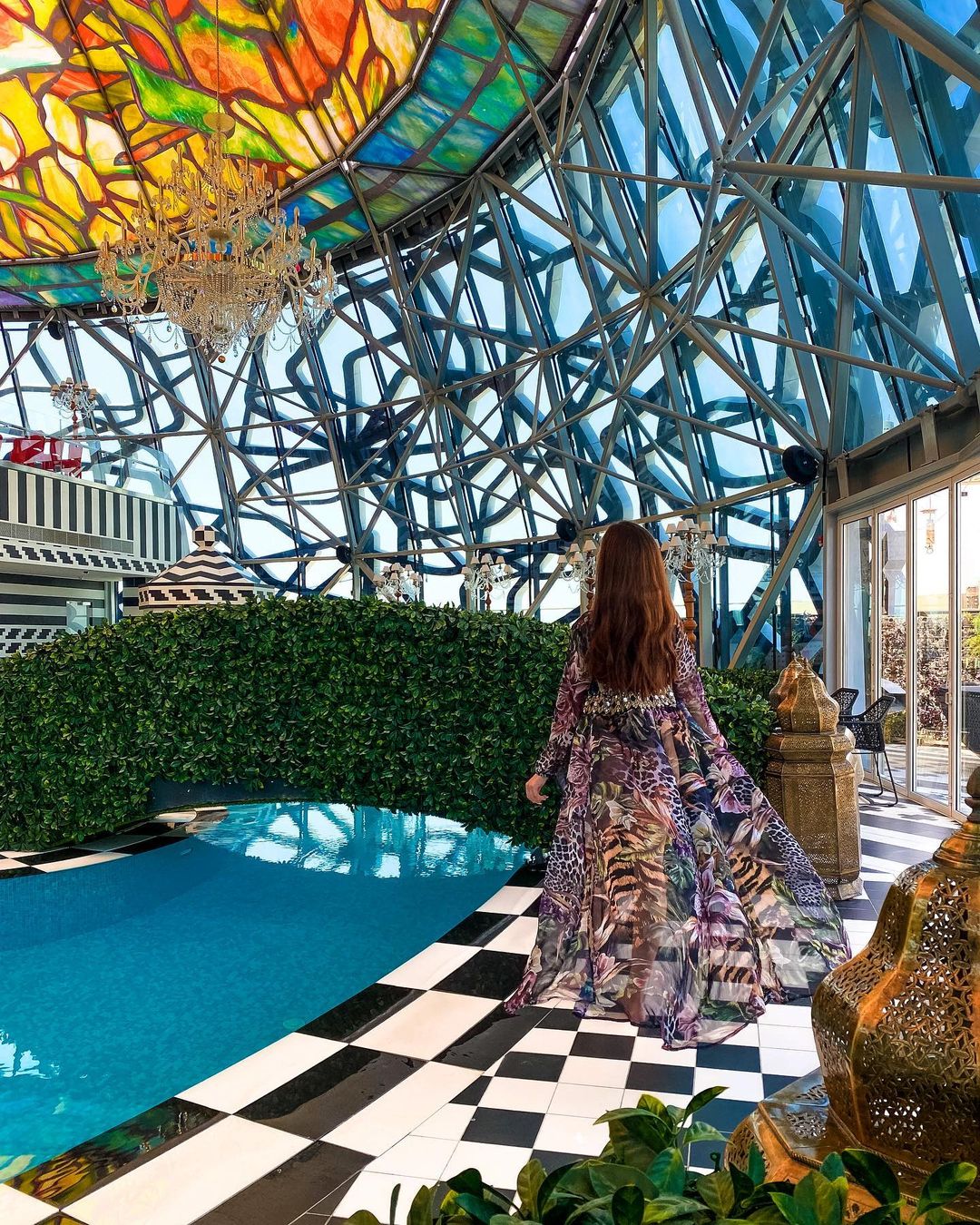 Famed Dutch designer, Marcel Wanders, crafted the hotel’s striking interiors to evoke the look and feel of a modern design narrative of the Arabian Nights tale. It’s a visual trip to say the least,  an oasis of indulgence and fantasy with an otherworldly Willy Wonka-esque indoor rooftop swimming pool featuring a stained glass mural and bold monochrome backdrops. 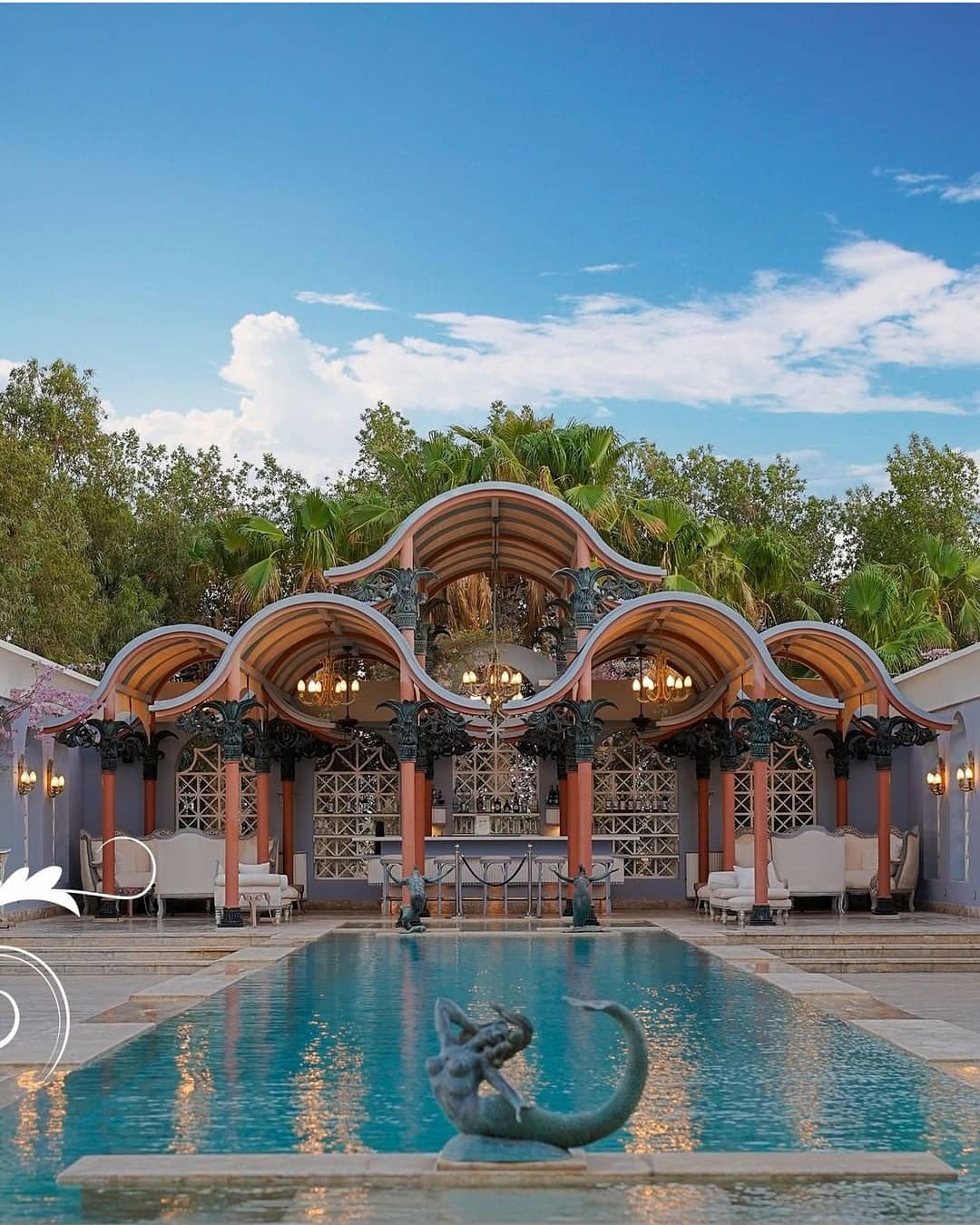 Opulent, dreamy, a spectacular fantasy space of timeless glamour, La Maison Bleue’s exclusive lagoon-side swimming pool blends perfectly with the lavishness of the 19th century Mediterranean mansion’s exterior and decor and features a specialised bar at its far end with some of the best cocktails in the Red Sea town. 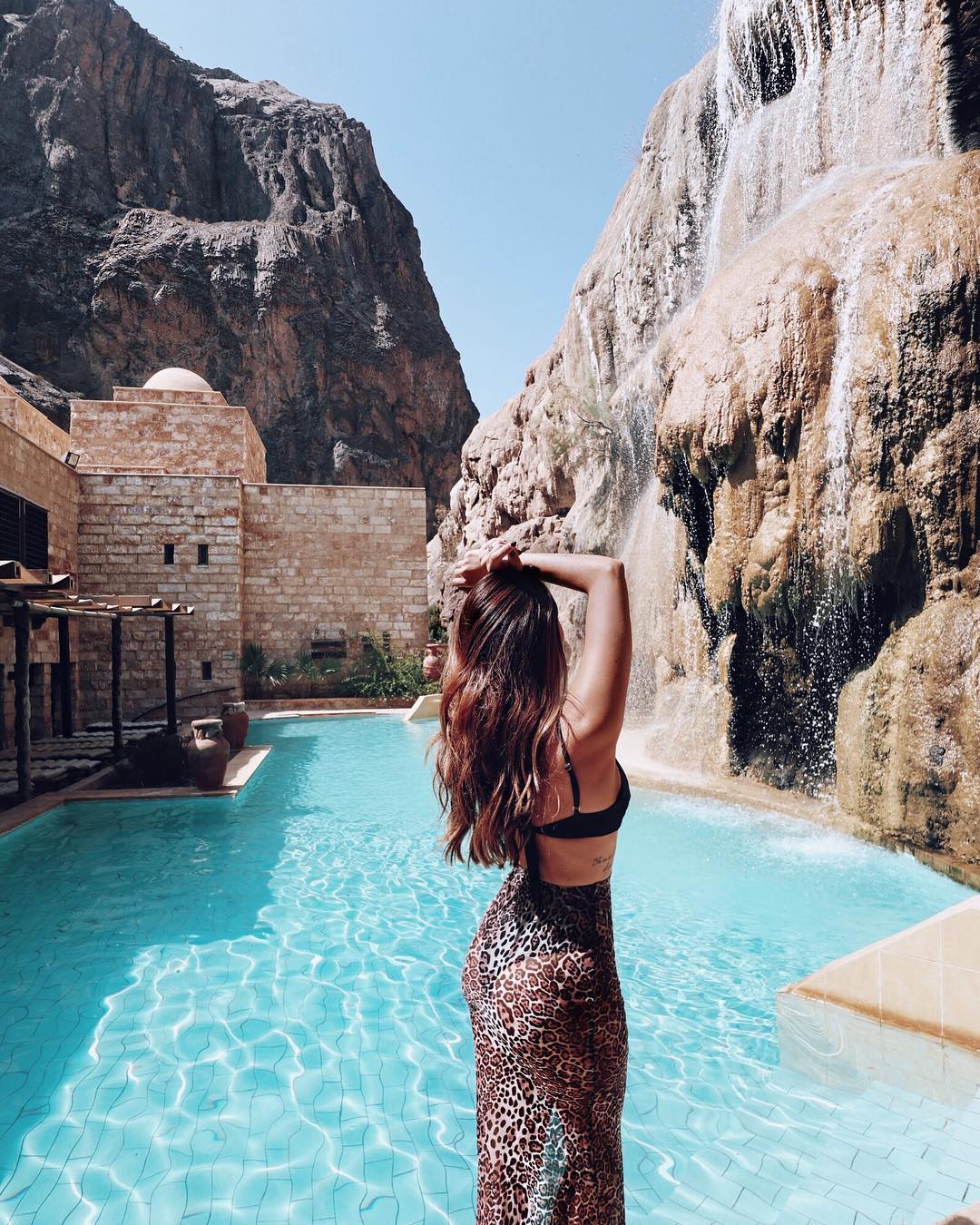 This oasis-style resort offers an outdoor pool and a spa located directly under a hot spring waterfall at the biblical site of Belemounta less than an hour’s drive south of Amman. The thermal mineral hot springs and waterfalls have been a pilgrimage site since the days of Rome and you can literally walk into a waterfall and the natural sauna cave discreetly buried behind it, which allegedly is good for dermatological health and boosts weight loss. 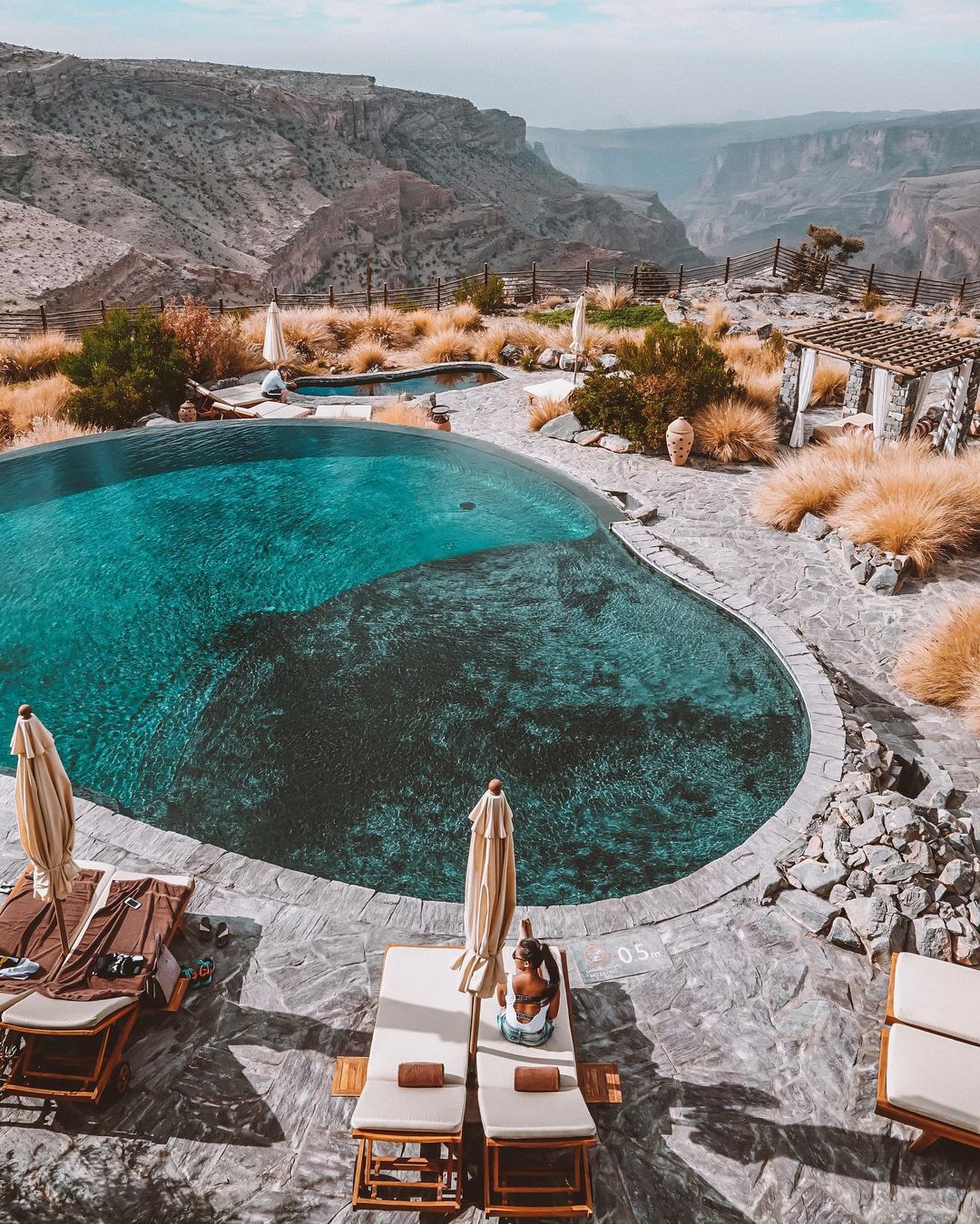 You can find eco-luxury Alila Jabal Akhdar’s infinity pool high up in the Hajar Mountains of Oman, overlooking a dramatic gorge and surrounded by awe-inspiring peaks. A wonderland for exploring the region’s magnificent landscape of rugged, untouched beauty at the height of indulgence. 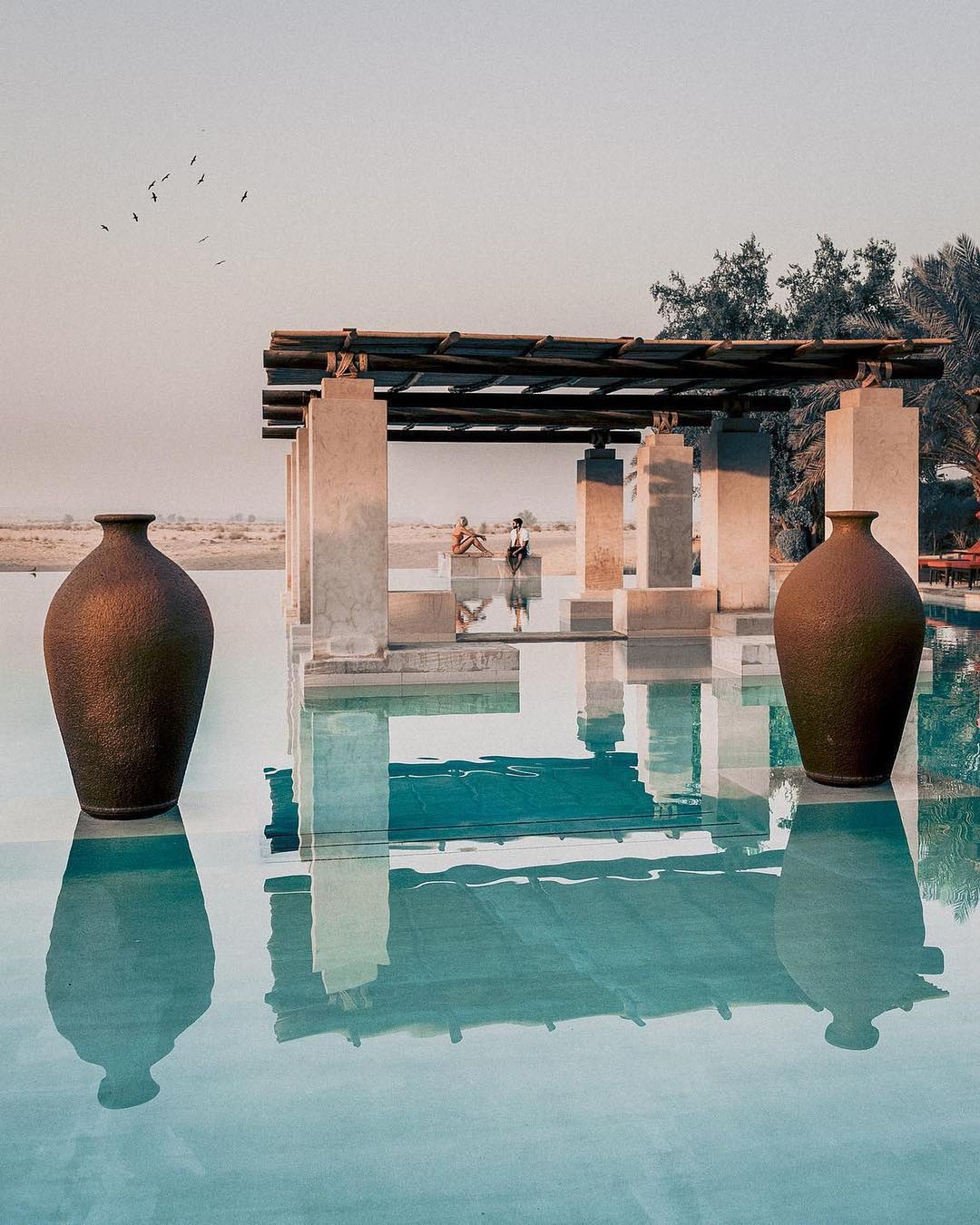 This luxurious desert resort located near Al Qudra Lake outside of Dubai is a spectacular desert paradise. Nestled among the dunes, the low-lying infinity pool overlooks a vast desert making it a dream getaway. 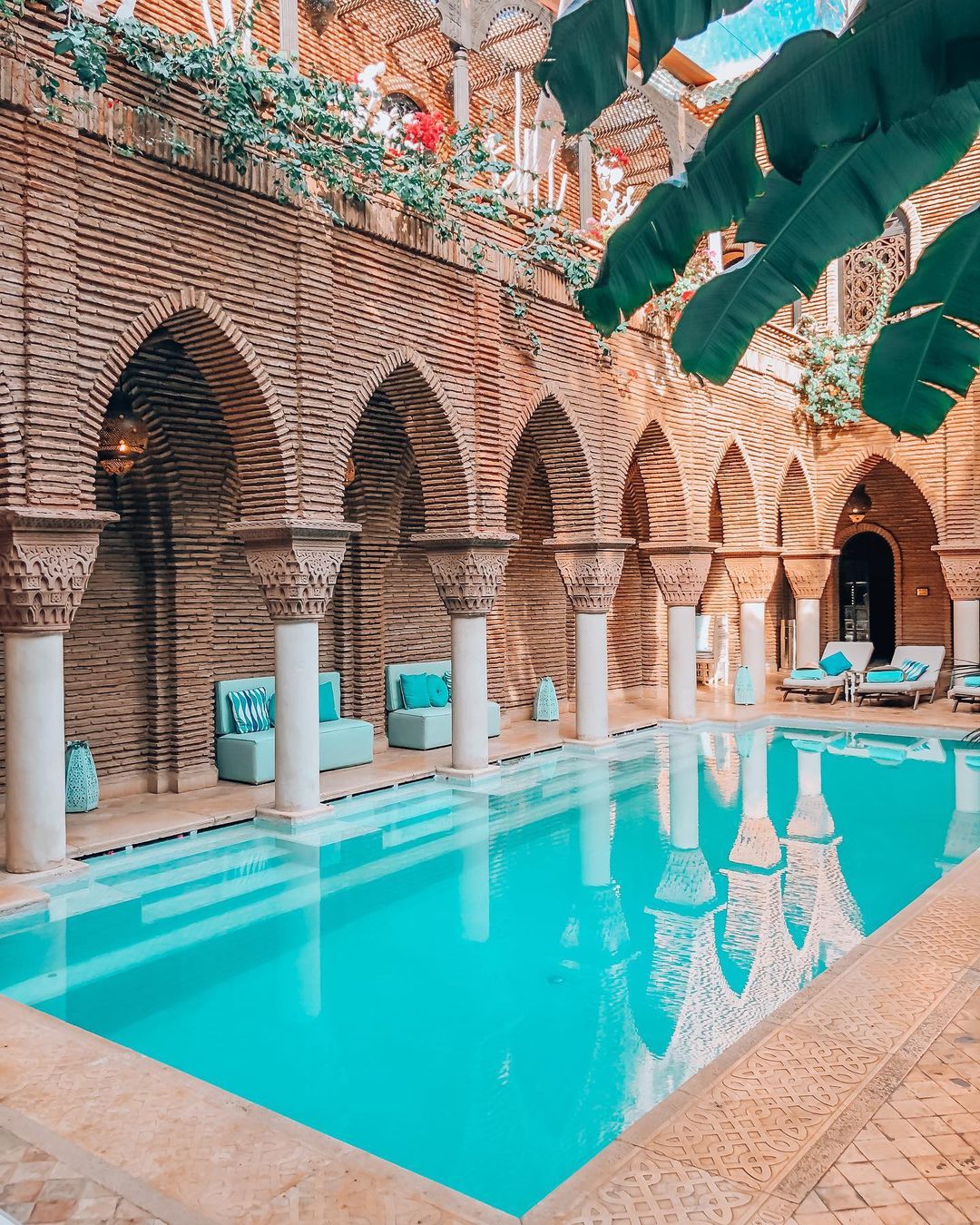 La Sultana is a luxury historical boutique hotel in UNESCO listed Medina. For a city that is teeming with swimming pools in riads everywhere, many of which have been converted to hotels, finding our favorite one was a hard task but La Sultana’s photogenic outdoor pool, rather than the typical indoor courtyard pool, has to got to take the gold. The spacious terrace is surrounded by rustic red brick domes and pillars and gorgeous greenery. 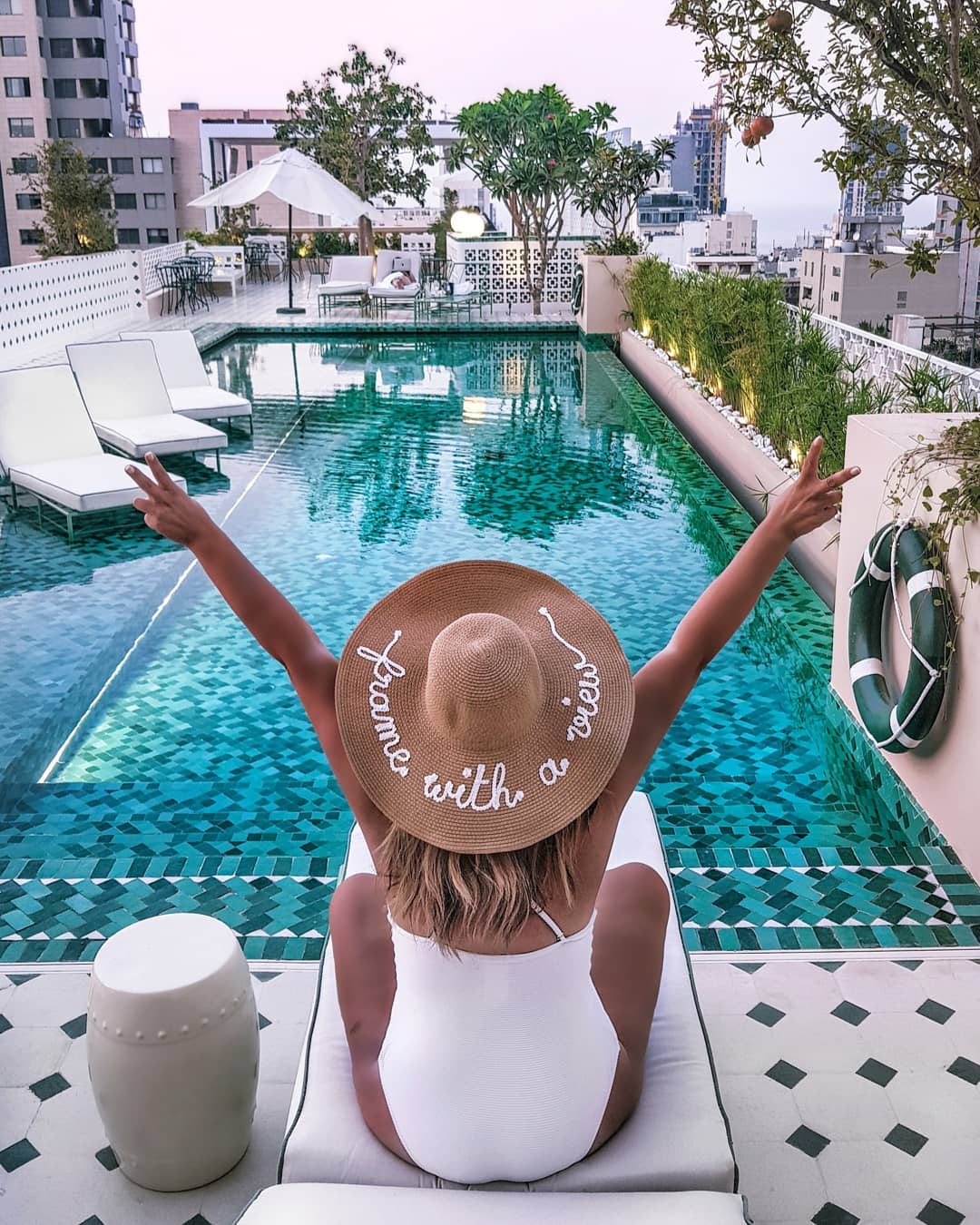 
Straight out of a Wes Anderson fantasy comes the beautiful Hotel Albergo. Set in a 1930s mansion in the ancient Achrafieh quarter, this glamorous all-suite hotel is an urban-oasis in the heart of Beirut with an incredibly quaint rooftop pool, you'll never want to leave. 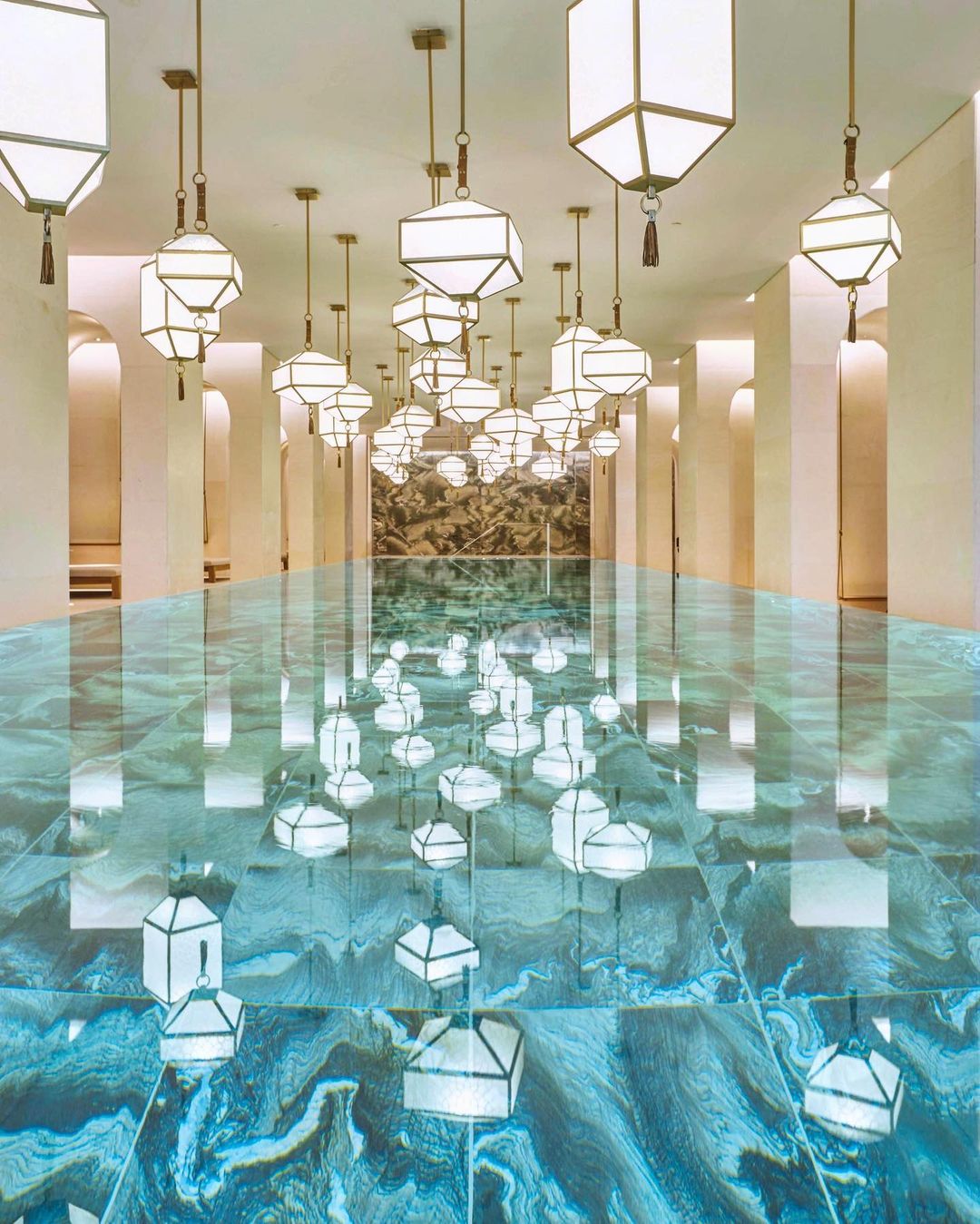 This chic hotel situated in Kuwait City’s business and retail area hosts a serene escape on its third floor spa with one of the most marvellous indoor swimming pools in the region. The pool is set within a modern colonnade and lit by dozens of glowing lanterns hanging at different heights flanked by archways and alcoves, creating semi-private lounging areas with daybeds.

Is It Art? Is It a Toy? No It’s Not Toys: Egypt’s First Art Toys

Aswan is the Egypt that the world dreams of, full of ancient adventures along the [...]

Set in the shadows of Jebel Faya, Mysk Moon Retreat is an idyllic experience that [...]

The S. S. Sphinx by Uniworld Boutique River Cruises, one of the world’s leading [...]

Through this immersive, holistic experience you will delve deep into yourself, [...]
Week Month Year