From natural springs to earthquake cracks, travelers who wander off the beaten track are delighted to a world of natural wonders.

Beyond the historic splendour of its man-made monuments, Egypt offers a wealth of natural wonders amongst its rolling dunes and bountiful oases. We invite you to wander off the beaten path to explore six of Egypt’s distinctive natural sights, from vibrant nature reserves to gaping cracks formed by a dramatic earthquake.

Often overlooked among Egypt’s many oases, the sparsely populated Qara Oasis lies at the northwest edges of the Qattara Depression, an expanse of salt pans, sand dunes and salt marshes in the Matrouh district. As part of the Western Desert, the Qattara Depression stretches out for about 19,605 square kilometres - roughly the size of Lake Ontario, or twice the size of Lebanon. The Depression is an important habitat for gazelles, jackals, and the endangered cheetah. The Qara Oasis boasts a natural pool of fresh water, and is considered even more out-of-the-way than Matrouh’s Siwa Oasis. Fun fact: Qara Oasis appears in the 1958 British war film ‘Ice Cold in Alex’, which won an award during the 8th Berlin International Film Festival.

The Magic Spring, known as Ain El-Serw in Arabic, was named that way for a reason. In the barren and desolate vastness that is the Western Desert - which the Ancient Egyptians saw as a realm of death, a final resting place for the souls of buried Pharaohs - the White Desert stands out with its surreal, white chalk formations, which loom over the landscape. Amongst these strange structures, you will be able to find three pools of natural water, the miraculous Magic Spring. The soothing shade of its palm trees served as a refuge for travellers and desert dwellers for thousands of years. 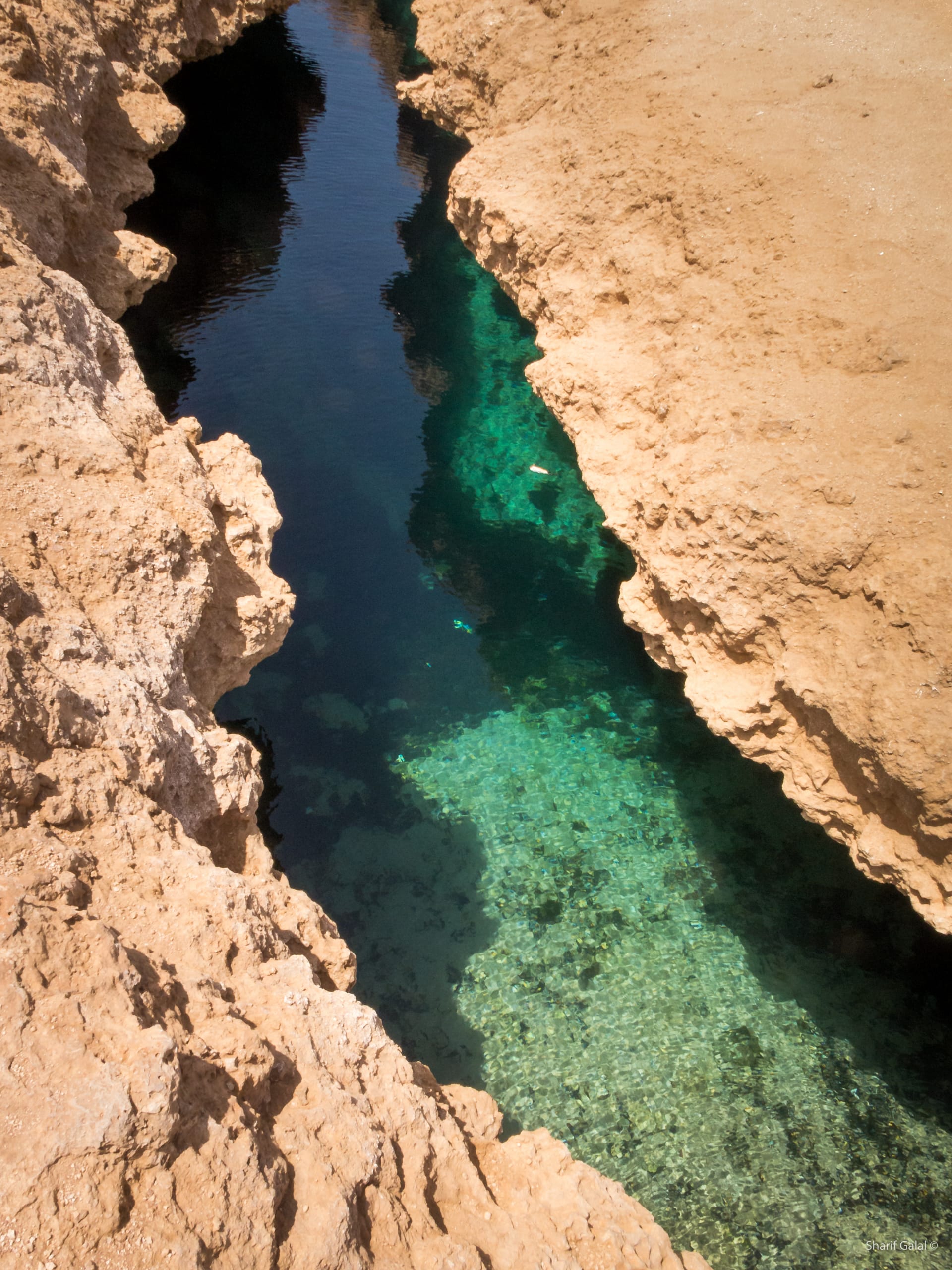 A fault line runs through the very southern tip of the Sinai Peninsula, where the Ras Mohammed National Park was established. Formed by a powerful earthquake in 1969, the crack stretches out for 40 metres, with a depth of 14 metres - an intimidating, gaping maw in the earth. This site is a unique geological landscape, with ancient fossilised coral reefs ribboned across the coastline. Nearby, you’ll be able to explore a dense mangrove forest, home to an array of exotic marine life, including Steinitz' goby.

Adding to the list of Egypt’s mystical bodies of water, the Magic Lake in Ras Mohammed National Park mesmerizes travellers with its ever-shifting shades of blue. It is thought that the Magic Lake changes its hue up to seven times a day. The lake received its name due to the way it appears to disappear completely during low-tide, and then suddenly reappear during high-tide. Legend has it that travellers to the Magic Lake will have their wishes come true.

The Rock of Moses (St. Catherine) 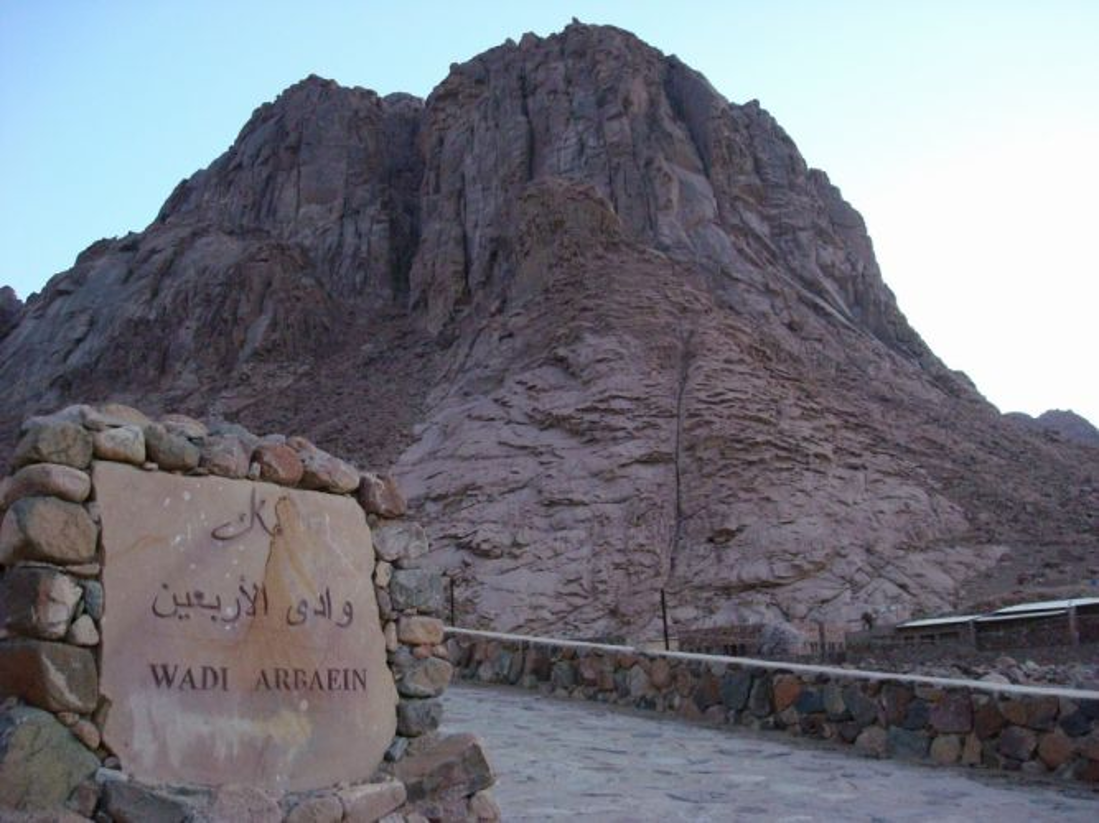 South Sinai’s mountainous region of St. Catherine holds deep religious and historic significance, being a popular pilgrimage site for people of all Abrahamic faiths. Wadi Arbaein is one of the few routes leading up to Mount St. Catherine, Egypt’s highest peaks, and is home to the Rock of Moses. It is said that Moses fetched water from this rock, and that the 12 clefts represent the 12 springs described in the Quran. It is set against a dramatic backdrop featuring rock-cut formations and some of the oldest olive trees in the region.

St. Catherine’s Monastery - a UNESCO World Heritage Site - is the world’s oldest inhabited monastery and is home to the very spot where the phenomenon of the Burning Bush - through which God is said to have spoken to Moses - took place. The sacred Burning Bush can still be found there, with its roots running deep inside the monastery and its branches reaching gracefully outside. A popular pilgrimage site, the Burning Bush remains green all year round.

Local companies are using Noon to scale their businesses, with access to a wide [...]

Property Finder will benefit from the proptech’s data driven, AI-led solution for [...]

Made famous thanks to its long-running event the ‘Pyramids Half Marathon’ and the [...]
RELATED ARTICLES

All travellers flying into Egypt will be accepted as long as they tested negative [...]

From the sands of the Wadi Degla Natural Protectorate to the mountaintops of [...]
Week Month Year