Stunning Qatar Stays Ahead for the 2022 World Cup

These opulent five-star hotels and stays will more than make up for the fact that you weren't able to secure those front-row seats to the 2022 World Cup finals. With preparations for the 2022 World Cup underway, not only is Qatar hosting the most anticipated football event of the year, but it’s treating its visitors to a slew of lush stays that fulfil your every Cosmopolitan spread fantasy…

The Mondrian is an extravagant coupling of tradition and modernity, using a fusion of oriental and western elements to birth a multi-layered wonderland that has us looking around for the Mad Hatter. Designed to represent Qatar’s national bird, the falcon, this five-star gem is located in Doha’s West Bay and is deceptively hiding internationally-acclaimed restaurants by some of the world’s most celebrated chefs. 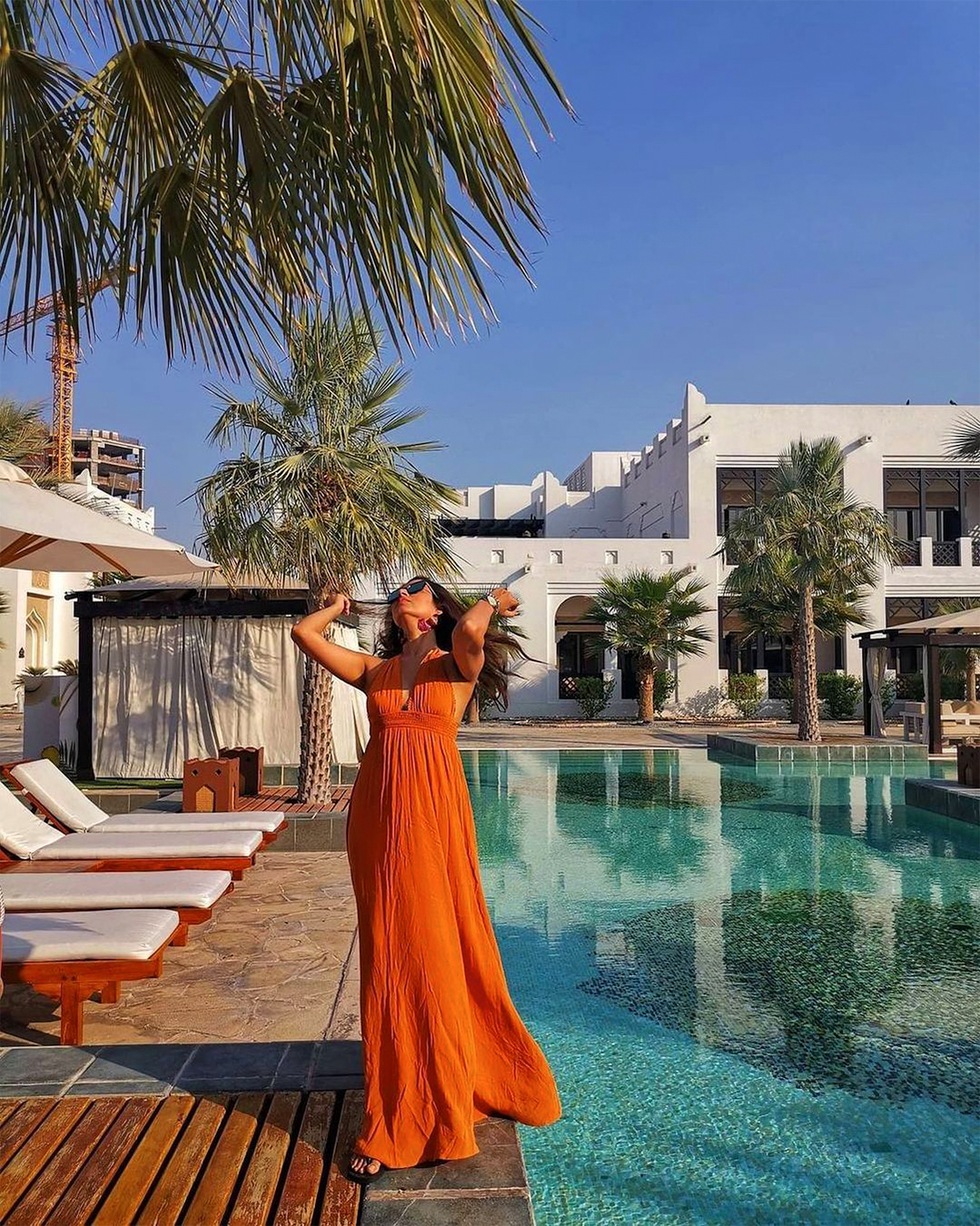 The Sharq Village & Spa, a Ritz-Carlton hotel, is settled along Qatar’s coastline, offering maximum seclusion for those post-match hours where you need absolute quiet for your ears to stop ringing. Boasting cutting-edge modern villas, a private golden beach, and a world-class spa, this hotel is fuel for our escapist fantasies. Between the floor-to-ceiling windows, the private balconies, and the 174 luxury rooms and suites with a sea view straight out of a Mykonos postcard, the Sharq Village & Spa is an absolute dream of opulent seclusion.

The minute someone says ‘Four Seasons’, images of the global luxury hospitality chain pop into your mind, but nothing can prepare you for the Four Seasons in Doha. The hotel’s interior is a masterfully melded mix of classic and contemporary styles, held together with intricate patterns belonging to the Islamic influences on Middle Eastern architecture. From the grandiose chandeliers to the patterned gold frames covering strikingly white walls, we’re almost expecting Sheherazade to run past us on her way to the royal suite.

Le Royal Meridien in Doha is a skyscraper-sized building architecturally designed in a classic Parisian style, which sounds monstrous but is actually beautiful. If you’re wondering what brought this marriage of styles together, it’s due to the fact that Le Royal Meridien is connected to Qatar’s newest swanky location, the palatial Place Vendôme, which is inspired by Paris and houses the country's largest collection of luxury brands. This place is more than ritzy enough to have Michelin-star chef-operated restaurants, 377 prolific rooms, and a jaw-dropping 750-seat Grande Ballroom (yes, in capital letters).

While this stunning building may, at first, resemble devil’s horns, it is actually the Katara Towers, a construction with a design translation of the traditional scimitar swords that make up Qatar’s national seal. Fairmont Hotels and Raffles Hotels are both five-star-studded hotels that have decided to settle in the Katara Towers and open their doors this year, in anticipation of the FIFA World Cup. Each hotel boasts over 300 luxury rooms, built for functionality and style to suit the respective needs of businesspeople and travellers in the upcoming world event.

ST. REGISDoha’s St. Regis is an amalgamation of Doha’s sophistication and Qatar’s traditional desert culture. Located at the border of the Arabian Gulf on the West Bay, the St. Regis is reminiscent of both Arabian dunes and olde-worlde West-Asian architecture. This fusion doesn’t stop at the exterior, but is actually amplified within, with obvious touches of Arabian-style décor; from the chandeliers and right down to the Gourmet restaurants’ utensils. The best thing about the St. Regis though is their Remède Spa, a 22-room facility so advanced we’re expecting it to fix our mental, emotional, and physical health when both our physiotherapist and psychiatrist couldn’t.

We don’t know what it is about Qatari hotels being designed to be representative of other major cities from around the world, but we’re kinda here for it. Wandering down the halls of W Doha, you’ll automatically experience a glitch in the time-space continuum, thinking you’ve accidentally landed in the bustling streets of New Year City. The patio view is precisely what we’d expect from a hotel snuggled in-between buildings at the concrete jungle, and it’s giving pretend-actualizing our NYC city-girl dreams. The W has perfected the art of reimagining cliche spaces by adding playful, colourful, and anti-gravity elements to the overdone minimal base. The hotel is also a current hotspot due its hosting of a world-class spa, a state-of-the-art fitness facility, and a temperature-controlled pool that plays music…underwater.

Marsa Malaz Kempinski is located on its own secluded island. Yes, you read that right. The lovely resort seems to be sprawled with an amount of art that makes us wonder how many hours fine artists spent working to fulfil the designers’ desires. While that may sound dramatic, it is not more so than the 3,000 sculptures, artworks, and intricately-woven chandeliers scattered around the five-star hotel. On top of that Marsa Malaz has breathtaking views of the Arabian Gulf and the Pearl-Doha visible from whichever corner of the resort island you’re at. What makes this resort a perfect destination for those visiting for the World Cup is that they’re incredibly family-friendly. With seven restaurants, a private beach, six outdoor pools, a fitness centre, water sports, and a kid’s club; it’s the perfect destination for families heading to Qatar to enjoy the World Cup with an added ‘break’ from the kids.

Zulal is a wellness resort located in the heart of Al-Ruwais, far removed (or as far removed as possible given that travelling across Qatar shouldn’t take more than 40-minutes) from Doha’s expected madness. Not only is it a stunningly built resort designed with the rest and healing of its visitors in mind, but it’s also a pioneering facility in the field of homoeopathy in the region. The private resort is famous for its combination of Arab and Islamic homoeopathic methods and theories, from the architectural and interior designs to the myriad of services available for its residents. The Silicon Valley startup has raised enough funds to start construction on the [...]