All challengers are invited to the Red Sea to participate at the Spring Edition of the Somabay Endurance Festival, the biggest multi-sport event in the country, from May 26th to May 28th. 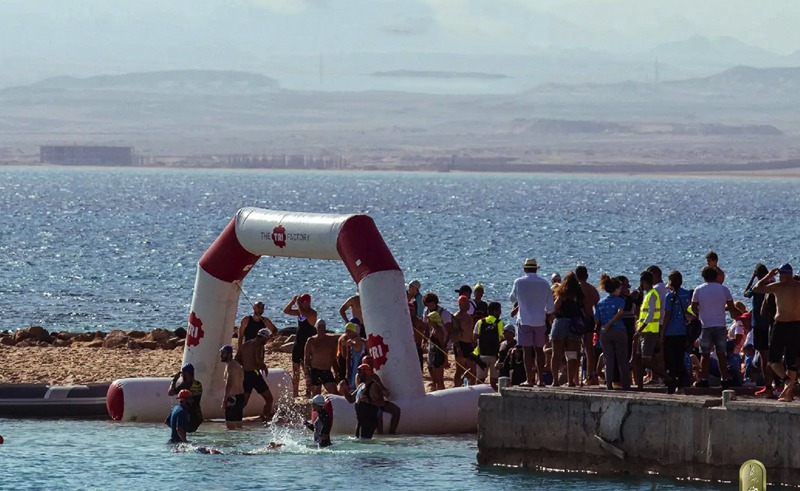 Can you swim faster than a shark, run more quickly than a cheetah, and bike better than - something that bikes really well? All challengers are invited to Soma Bay’s stretch of the Red Sea to participate at the Spring Edition of the Somabay Endurance Festival, the biggest multi-sport event in the country, from May 26th to May 28th.

The bi-annual event is known for pushing participants to their limits, whether they’re fitness novices or professional athletes. The challenge has called Soma Bay its home since 2014, and for good reason. Only twenty minutes from Hurghada, the sandy Red Sea enclave is surrounded by water on three sides, framed by panoramic views of sand-swept mountains and stunning foliage. The unique location serves as a hub for the country’s sports enthusiasts, drawing participants to swim in its calm waters, run on its glamorous seaside promenade and cycle through a maze of natural spoils.

The Somabay Endurance Festival will feature five classic distances tailored to people of all ages and abilities. The multi-sport distances include the Spring, Supersprint, Olympic & Youth distances. For children aged five to eight, a special 1K Kids Race will be held just for them. The event will feature MyLaps automatic timing and adheres to all of international endurance sports standards.

The Red Sea-side festival is organised by Egypt’s leading sports events company, the TriFactory, which arguably almost single-handedly introduced endurance sports to Egypt. Now, the TriFactory processes more than 15,000 race registrations per year across its various sporting events including the Pyramids Half Marathon, El Gouna Half Marathon, Trailmaster and their new Saqqara Pyramid Race.

Situated near Carthage, the city has been a UNESCO world heritage site since 1979 - [...]