10 Horrifying Films to Netflix-and-Chill to This Halloween

Some of us are too old to trick or treat, and too introverted to party on Halloween, we just turn to scary movie nights on Netflix. We've become pros at this. 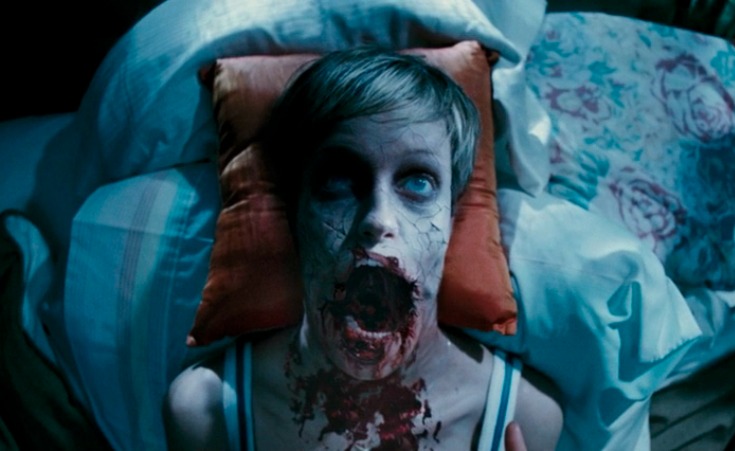 When Halloween comes around, some of us are the who are all about dressing up in grotesque costumes, drinking until they morph into another character, and partying it up at a club with cobweb decor and skeletons. Some of us are Wednesday Addams; we like wearing black, avoiding the world, and being independently scary. We're not going to spend the scariest day of the year being around people who are trying to make a mockery out of fright, are we? So, we're going to cuddle at home, wear our black pjs, secure a bag of candy we bought, and we're gong to watch the most horrifying films on Netflix – back to back, no stopping until we have enough scary in us to last us the whole year.

As we do for every occasion that calls for movie nights, this Halloween we've got your back when you want to party or when you want to wallow at home – we’ve compiled a list of the scariest movies on Netflix for you to binge watch. We're not suggesting you should bring a friend along, but it may be a good idea to make this a group thing because you'll want to make sure you're still in reality and everything is okay after these films:

In for a bloody, gruesome horror story? This film is based on a true story that happened back in the 70s where a sweet family moves into a house of horrors in a small town in New York by the lake. Ryan Reynolds is featured in this film and you get to see him shirtless….a lot. This will dilute some of the horror, we're sure.

The name sounds misleading, like it's all sunshine and butterflies, but obviously if it made it to this list and it's ranked as one of the top 11 scariest films of all time, then no. It's a classic, and some people consider it a huge sociopolitical commentary – you'd have to watch it to catch those themes. By the way, "Here's Johnny!" that would be all.

This is one of those film series where you'd probably want to leave 2 aside and start with 3. The latter is set in 1988, and it gives more of a background to the story of Katie and Kristi, California girls who encounter the demon Toby for the first time. Part 2 follows Kristi's family and the strange activities that keep occurring in their home after a new baby boy is born.

Wouldn't you just love it if looking into your own reflection in the mirror killed you? We're in no way calling you ugly, though. Seriously, this movie's motif of mirrors and how they're being used by evil forces to target you and your family will probably get you to stop checking your makeup every time you pass by a car window or a store display.

Just because it looks like it's for kids, we're in no way telling you to cuddle up with your niece and watch this and make it a bonding night. No way. It's a stop-motion animated 3D dark fantasy film with plot similar to our last relationship: the main character discovered an alternate parallel universe and thinks it's great, until she discovered the dark sinister side. Happy watching.

This is nothing like our beloved Egyptian Ouija film, no, no, no. Granted, our version is older and focused on relationship problems – the Ouija board was blamed for Egyptians' lack of communication with their significant others –  this one is all about the Ouija board fucking around with different people; it's possession and murder left, right, and centre. Enjoy that.

By now you're probably pissing your pants a little with all the selections we've made. That's why if you need to realise the make-believe aspect of all these films and see how it's all fun and games, and laugh your head off at the stereotypes of these films, we recommend the infamous Scary Movie series.

Hide yo' dolls if you're going to watch this because you may just hate them forever, and a puppet named Billy who may cut your tongue out and kill you may be lurking out there. That's all we're going to say. Try not to stay dead silent for more than a week after the horror this one's going to bring you. It's not real... We promise.

With the name of this film, and the previous one, it may feel like horror films intend to shut us up for no apparent reason (except the fact that we do scream our heads off). This film is quite new, and it's the combination of taking advantage of a deaf woman's inability to hear, stalking and sabotaging her, and scaring her to death... Or perhaps she will do the same to him.

Let's just say if your husband is a photographer, and you kill a his ex-girlfriend on the road, his photos will all be distorted with a spirit related to the murder. And that's not a good thing (we're guessing because he won't have an income after the photos turn out a mess), but also because clingy exes are bad news.