As girl power sweeps the world with the Women’s March, we revisit our film history and tip our hats to the strong badass women whose movie roles empowered generations. 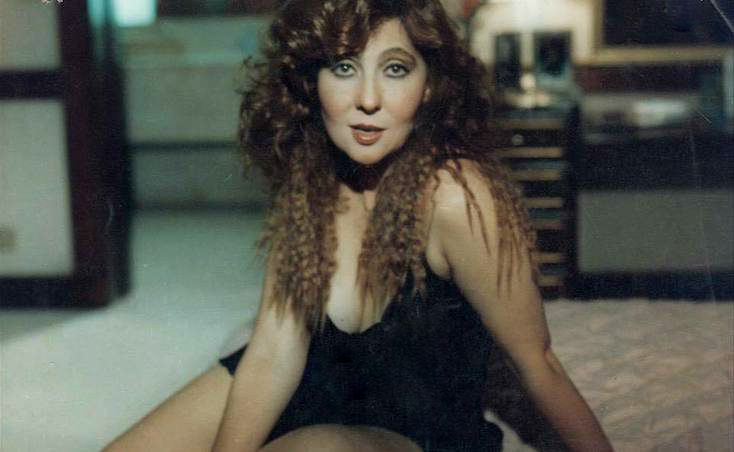 With seas of women marching around the world to protest the inauguration of Donald Trump this week, one can’t help but feel inundated by the forceful girl power that swept the Women’s March, which endeavoured to challenge every hateful aspect of the Trump agenda.

Although Egyptian women did not march this week, they have fought and continue to fight the societal prejudices that subjugate them to inequality and infringe on their basic freedoms. A prime example can be adapted from the Egyptian Revolution in 1919, which fought to oust the colonial powers, where women also marched along side men to reiterate their need for equal rights.

In light of this historical girl power that has resurfaced and smothered our Facebook newsfeeds, we decided to compile a list of 8 female characters in Egyptian cinema that destroyed stereotypes and eviscerated the patriarchy, however briefly. While Egyptian cinema has represented women in both positive and negative lights, these women have been capable, powerful, and able to shatter norms. Mary Mounib is Egypt’s most iconic and proficient home-wrecking mother-in-law depicted through film in the early 20th century. Her ability to ruin lives and relationships to serve her own purposes, has earned her every Egyptian man's fear. Most will recognise her through the quote, “Es2alni ana… Dana medawebahom etnen,” (Ask me, I’ve used up two - figuratively referring to men) in My Mother in Law is an Angel. For her time, she was a force to be reckoned with. Dubbed the Lady of Arab Cinema, Faten Hamama often played independent and strong female characters such as her role in Orid Hallan (I Want a Solution) where she created a gateway for Egypt to begin debating the rights of women in marriage, and their right to divorce their spouses. In another one of her movies, Doaa Al Karawan (The Nightingale's Prayer), she fell in love with the engineer who she was trying to kill. Despite this overpowering feeling, she had a strong desire avenge her sister who was the victim of honour killing after being seduced by the engineer. When her plan failed, she decided to leave, thus leaving little room to be objectified the same way her sister had been. Who on earth becomes a maid to avenge their family? Badass. “Ana beraweya wi ma7adesh ye2dar 3alaya,” (I can easily disown, and no one can take me down) says Nadia El Gendy in Al Madbah (The Slaughterhouse) as she asserts her dominance in the realms of a patriarchal profession. Every time Nadia El Gendy appears in an Egyptian movie, you ought to be sure that some ass kicking was going to happen. She often took on real badass roles reflecting social or political issues where she was either a national spy beating up armoured men, or a professional seductress taking down the me3alem (the influential small town business owner) to serve her agenda. Most of her roles portrayed her as a capable ambitious woman who uses her intelligence to ascend the social ladder. Known as the Cinderella of Egyptian Cinema, Souad Hosny is considered one of Egypt's and the Middle East’s most influential actresses starring in more than 80 films. Some of her badass works include Lel Regal Fakat (For Men Only) where she pretended to be a man in order to land a job in an oil exploration company that did not allow women on site. There was also that time she pretended to be an 11-year-old girl in order to follow her dream of becoming an actress in Saghira Ala El Hob (Young For Love). Best go-getter ever! Remember that time in Taymour w Shafika when Shafika (Mona Zaki) put Taymour (Ahmed El Sakka) in his place after becoming a minister? She refused to accept his over protective tendencies as her ‘man’ and bodyguard, well, because she knows she’s a grown woman who does not need cradling to walk to her car. Zaki also showed us, once again, in her role as Mariam in Mafia that women can hold high profile and sensitive jobs and still manage to fall in love, despite the popular belief that women can only have one or the other.

In one of her most notorious roles in Al Raqissa Wa Al Siyasi (The Belly Dancer and the Politician), Nabila Ebeid indifferently persuades a politician, whom she had an affair with, to use his power and influence for her benefit. This could probably be considered as one of the first sightings of a sugar daddy in Egyptian cinema! There was also her role in Al Azraa Wa Al Shaar Al Abyad (The Virgin and Grey Hair) where Ebeid’s infertility and desire to experience motherhood empowered her to adopt a child against the will of her husband. Ebeid often left us questioning our determination and will to go after what we want. Not only was Lebleba a supportive partner and mother, but she was also determined to improve her financial situation in Essabet Hamada We Toto (Hamada and Toto Gang). As a leader in the gang, Lebleba stole valuables from rich people in order to pay for her son’s medical treatment. Even though it was morally questionable, the power of a woman’s love for her family supersedes all else. Lebleba also represented the tenacious and unshakeable Egyptian single mother in Aris Min Geha Amneya (A Groom From the Security Entity), in which she did not settle until her son was happily married and free from his father-in-law’s interference in his marriage. We can always count on Hanan Turk to provide us with controversial topics to discuss, especially when she’s constantly piercing through stereotypes and challenging the norm. Her prominent role in Hob El Banat (Love of Girls) as a tomboyish single child and the ‘man’ to her mother, shows us that women should not always be confined to the generalised idea of how a woman should look. Additionally, she proved to be a successful female journalist in Gaana Al Bayan Al Taly, who not only strives to dwarf her male counterparts, but she also works to expose inconvenient truths and corruption at the expense of her career advancement.