Today would have been Doria Shafik's 108th birthday, and as Google commemorates the Egyptian feminist icon, we revisit her history and remember her struggle. 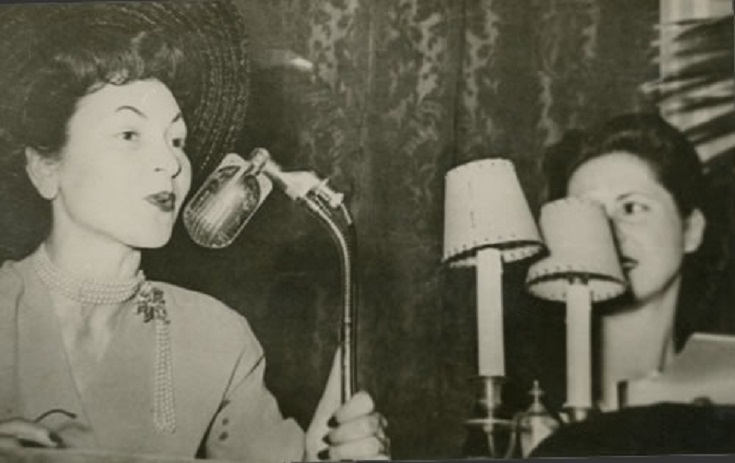 On the 14th of April last year, Google's commemorative doodle paid tribute to none other than legendary Egyptian feminist author and philosopher Doria Shafik, who would have been 109 years old today.

Born in Tanta in 1908, Shafik attended Notre Dame des Apôtres, though her self-concept didn't begin to crystallise until she moved to Alexandria in 1924. Women pursuing education past middle school was almost unheard of in Egypt at the time, but her academic excellence earned her a scholarship to La Sorbonne in Paris where she spent a big portion of her life, intermittently, during which she earned a Licence and a Doctorate in Philosophy. Her years in Paris coincided with a Belle Époque revival of sorts, which saw authors and artists from all over the world, like Gertrude Stein and Pablo Picasso, settle in the French capital for inspiration, and Shafik was exposed to and shaped by that global cultural movement.

She dedicated her life to understanding working class women’s issues in Egypt and making their cause known to the world, despite being a member of the intellectual and social elite. Her organisation, Bint Al-Nil Union, set up education centres to teach women across the country how to read and write. She moved mountains for their political and social rights, she sparked and led Egypt's suffrage movement, and she did it all without thinking twice. As Google commemorates her, we revisit her history, we remember, and remind Egyptian women that she, and many more, fought tooth and nail for the rights they take for granted today.

In 1935, Shafik entered the Miss Egypt beauty pageant, causing somewhat of a scandal in a society where it was considered unbecoming of a young woman from a ‘good’ family. Some of her biographers argue that she did it to test her ideas, but her reasons were far more complicated. “In Paris I had asserted myself in the intellectual sphere. Now I wanted to assert myself in the feminine sphere,” she said of the move.

"Too Beautiful and Modern" to Teach at Cairo University

In 1939, she was denied a job she was more than qualified for at Cairo University on the grounds that her ideas were too modern and that her “beauty” would have proved problematic while teaching young men.

In 1944, she wrote a paper titled La Femme Nouvelle en Egypte, in which she made the case for women’s rights in Islam, and dedicated to Princess Chevikar, King Fouad I’s ex-wife. The move propelled her to prominence within the country’s intellectual circles. She was later appointed editor-in-chief of La Femme Nouvelle, a French-language magazine founded by Princess Chevikar.

Shafik realised early on that if she was to reach out to women across the nation and educate them about their rights, she had to do it in Arabic, so she launched an Arabic-language publication, Bint Al-Nil, which was followed by the establishment of the Bint Al-Nil Union, a women’s rights and development organisation that later became a political party following the 1952 revolution.

In January of 1952, a paramilitary group of women put together by the Bint Al-Nil Union shut down Barclays Bank, a symbol of British colonialism at the time.

In 1952, Shafik, along with 1500 women by her side, stormed the Egyptian parliament to demand suffrage for women, as well as political representation for them, and setting limitations on polygamy in the country's civil code. The protest didn't end until the head of parliament promised to consider their demands.

Her values would naturally collide with those of Nasser, especially when she broadened her public service spectrum to include democracy and human rights. In 1957, she was placed under house arrest after she stage a hunger strike in the Indian ambassador's residence in protest of the Nasser regime's crackdown of human rights. And this time, her fellow women's rights publicly denounced her views and distanced themselves from her. She had become a social and political pariah.

The 18 years that preceded her death were spent away from the public eye; she was never spoken about in the media by direct order from the Nasser regime tributaries until after her suicide – she reportedly leapt from her 6th floor apartment balcony. Yet, the story of her suicide didn't go uncontested – some questioned it, alluding to foul play by the authorities.

Shafik remains a galvanising figure in Egyptian history; however, society hasn't been able to reach a consensus when it came to her brand of feminism. Even though she worked to reconcile feminism and Islam, and actively sought to demonstrate their compatibility, she was still considered too modern and too westernised.