The Egyptian actor and singer has become the region’s most lucrative and successful performer in history. 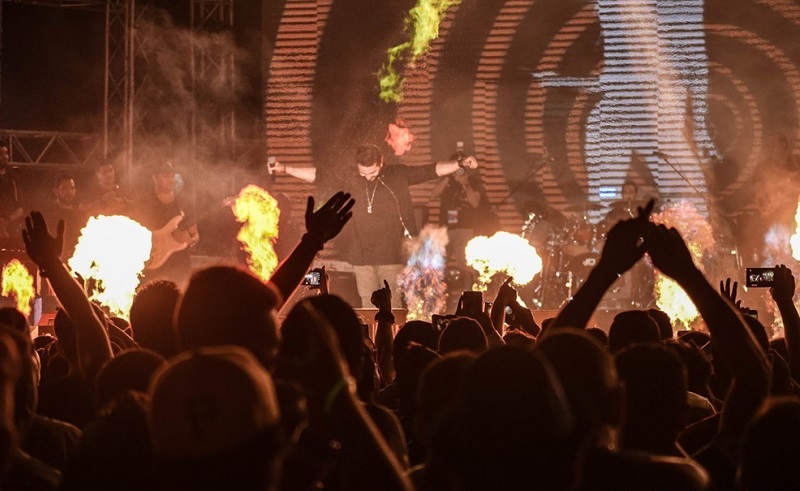 Riding on the success of his latest movie, “Tesbah Ala Kheir”, which has so far grossed over EGP 8 million at the box office, Tamer Hosny is now being deemed as the Middle East’s most profitable and successful entertainer ever.

The high takings of the late summer smash hit has prompted many of the country’s biggest producers to fight it out over securing Tamer Hosny’s next film contract, which has led the star to becoming the most expensive actor of his generation. Film critic Tarek El Shennawy even claimed that Hosny has now actually become the biggest selling actor of all time, surpassing Abdel Halim Hafez.

The massive success has also transferred to the celebrity’s singing career. 2017 has so far been a big year for the chart-topping singer. All of his shows have been selling out in record times and attracting crowds in unprecedented numbers.

Much of the appeal of Tamer Hosny’s concerts has been attributed to his unique on-stage presence and the production value of his performances. The singer is known by his fans to change his dance routine from gig to gig, never repeating the same one twice. Much of the attraction also comes from the state-of-the-art gizmos that Tamer’s production team employs at his concerts, with many of them being used in the Middle East for the first time.

What will undoubtedly be Tamer’s biggest success setting him apart from all other Middle Eastern artists is his soon-to-come inclusion on Hollywood Boulevard. The impressions of his hands and feet will be sharing the same cement as the likes of Marilyn Monroe, Michael Jackson, Al Pacino, and Brad Pitt. He will become the first Arab star to ever feature on the hallowed ground.