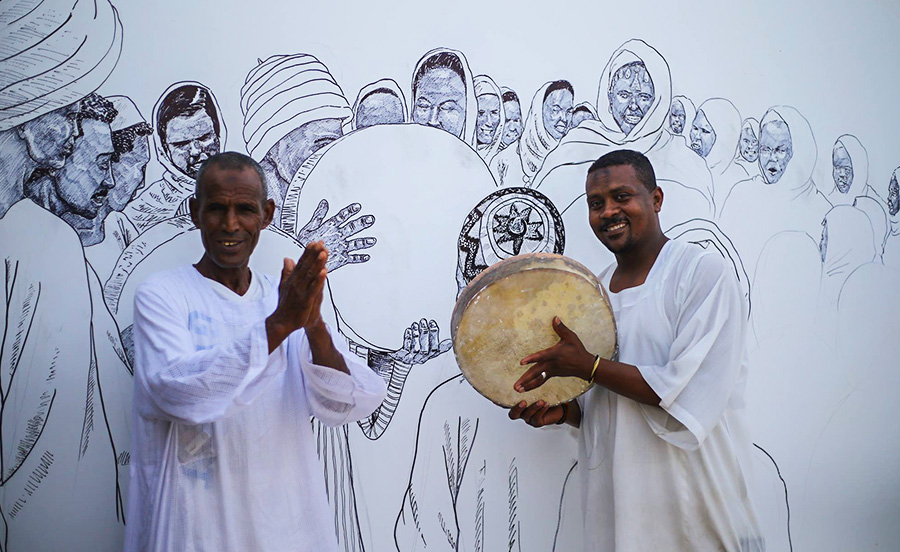 You can have an open call for mural artists all around Egypt, offer some benefits, and hope for the best, but you probably won’t get art as effective as you want it to be. Luckily for the Ashry Narty hotel in Aswan, when its founders held a festival in early May to have artists cover the walls with art, Mohamed Wahba’s illustrations covered them with beautiful, heart-wrenching illustrations that depict the Nubian people during an important period of their history: their displacement.

Nubia was originally located south of Aswan and spanned 350 kilometers along the Nile, before having its people displaced twice. The first time - actually a series of displacements - between 1902 and 1933, when villages were flooded due to rising water levels. The second displacement, which saw around 18,000 families leaving their homes, happened after the Great Dam was built from October 1963 to June 1964. They settled in Kom Ombo and Esna, where two-thirds of the housing they were supposed to move into was not yet built. Each home had to be shared by three or four families, leading to mortalities left and right when it came to children and the elderly, to the point where no one born in 1964 is alive today, according to Mohamed Abdulla Mobarak, one of the elders.

Ahmed Sakr, one of the founders of the hotel, spoke to Alscene about how the displacement illustrations had the most impact on Nubians living here when they saw them. The murals “touched upon those villagers’ suffering […] we wanted to appreciate the sacrifices our families made […] since the murals were made, people have been coming from all over,” said Sakr.

Participating artists made different murals dealing with different themes, such as Arabic calligraphy, the plastic arts, and Nubian weddings, with other murals on the way.