Doaa Abdelhady wears her heart on her sleeves in new art exhibition at Medrar, where she showcases the 13 'phases' of her depression. 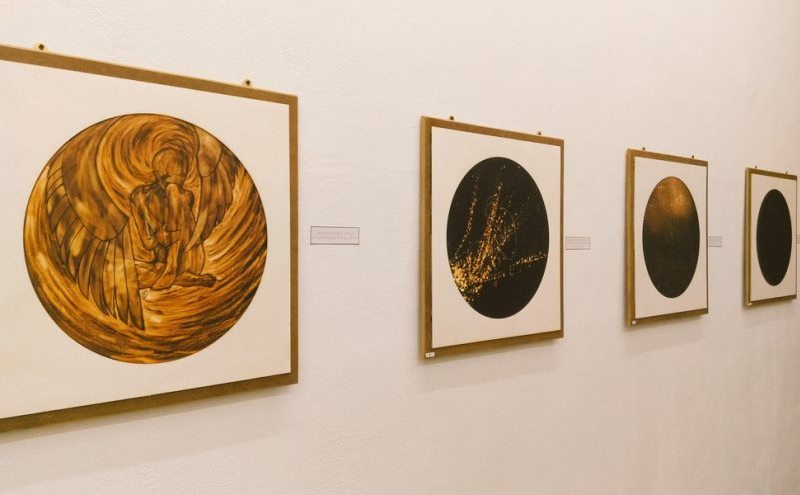 For many creatives, art is what expresses their innermost, hidden feelings when nothing else can. It is what materially represents profound thoughts that would otherwise be lost in the countless words people utter everyday.

“The problem is I don’t really know how to express [myself] in words, that’s why I [paint],” says Doaa Abdelhady, an artist who has been battling mental illness for 17 months.

So, naturally, she rented out a hall at Medrar, an art gallery in Garden City, to showcase paintings of what she calls “phases” - of her depression. “I wanted to express what I feel and I know of no other way to convey,” she says. “I’m sure that people have gone through similar phases, for different reasons, but they all had the same feelings,” Abdelhady says. “[There are] 13 paintings for 13 months,” she said, describing a period during her depression when she began putting her emotions to paper. “I stopped at the phase where I decided to start the exhibition,” she adds. The 13 paintings she describes are the square portraits with drawings bounded by circles inside them. “The circle signifies the cycle of depression, so that last painting is where [I] start to escape the cycle, that’s why it is the only one where there is painting on the outside of the circle,” she explains. “[I] begin to break out and see that there is life outside of it.” Each one of the paintings is meant to represent a particular phase in the depression she suffers from, which has lasted for a total of 17 months. “Each painting is accompanied by a quote so that – someone can see a painting and get a message different to what I was trying to express, so that’s why there are quotes accompanying it, to explain these phases,” the artist said. These quotes, written in Arabic, are beautiful, heart-wrenching poetic expressions of Abdelhady’s ordeal. With each phase, the agonising weight of depression is dissected.

The rectangular photos explore feelings that perhaps didn’t quite fit into the phases, or lingered over the entirety of her depression, or represent more than one phase of it. The sketches are literally ripped out of her sketchbook and were drawn over the span of a year, some of them on the boxes of antidepressants. People in Egypt often shrug off mental illness as a non-problem, a common social vice Abdelhady has grappled with. “People don’t understand, and so people don’t know how to express, because no one understands,” Abdelhady said. “So if you feel this, you probably won’t be able to tell anyone, because they don’t really understand. [...] The first thing that people would say is, ‘God will help you’, the normal, routine answers. People don’t really treat it as a real issue." “My art was a big part [of healing], and I asked for professional help,” Abdelhady says, adding that her experience with her psychiatrist, “was great."

"He helped in everything, the sessions were so important. He’s a professional who knows what he’s doing. He didn’t rely on medicine, which was very important, because the therapy is what’s makes a real difference.”

She still sees her therapist, perhaps once every three months, and says her mental health now is “much better.”