This Egyptian Artist is Reimagining Famous Masterpieces - With an Arabic Twist

"It helps the West understand our culture and for older generations of Arabs to accept the artwork we appreciate," explains New-York-based Egyptian artist Gigi Mostafa. 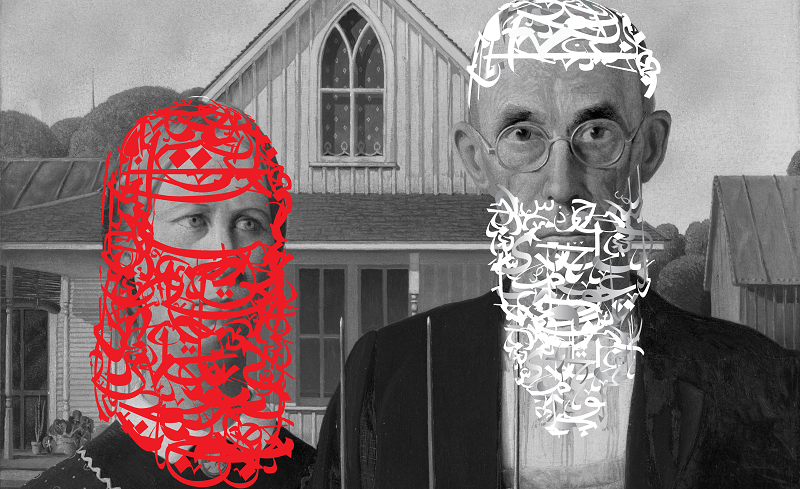 Over a year after launching the progressive New York-based Jawhara Magazine, which is primarily focused on showcasing stereotype-defying stories of Arab women around the world, Egyptian-American Gigi Mostafa has come forth with a new photo series depicting classic pieces of art infused with Arabic calligraphy.

"As an American Egyptian visual artists living in NYC, I believe it's my duty to represent where I'm from and challenge the status quo with my art. I'm always trying to use Arabic in my work because I feel like as a language, it's underrated here," Mostafa tell us, further explaining that expressing her culture through art is the real inspiration behind the mesmerising project, entitled The Modesty Series. Challenging traditional stances is another goal Mostafa hopes to achieve with the collection. As she explains, people from an Arab background are often affected by incredibly conservative perceptions of art that often leave them, especially older generations, in a place where they don't appreciate masterpieces due to their inability to separate artistic expressions from cultural taboos, such as nudity. "They would immediately say it's Haram or that I'm too young to see this," Mostafa tells us of her parents' reaction when they found out that she was interested in the art of the Renaissance era, in which nudity was depicted in various forms and shapes.

"I feel like many young artists with a similar background could relate to this issue growing up with Arab parents. So by covering famous artwork we know of today helps add a "modest-arabesque touch" to them, which could help the West understand our culture, and for older Middle Eastern generations to finally accept artwork that we appreciate," Mostafa concludes.

Check out the full series below: