After a 50-year career, Hamed will be able to add another honour to his shelf during the upcoming opening ceremony of the Cairo International Film Festival, where they will present him with the Golden Pyramid Award for Lifetime Achievement. 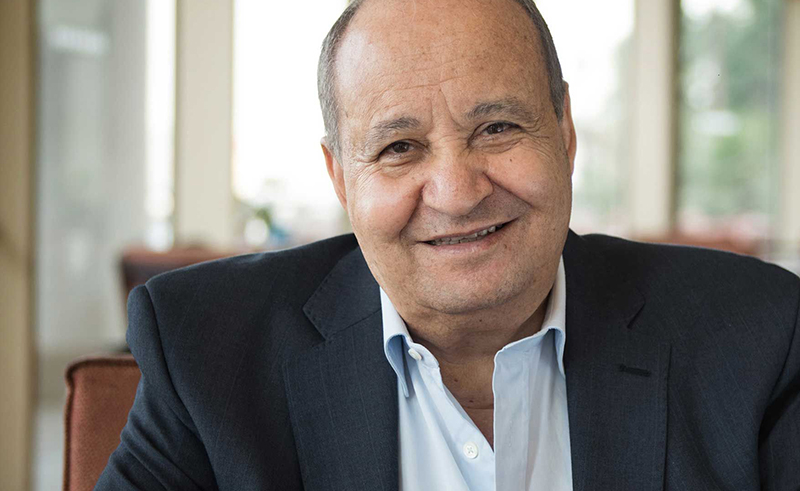 With over 40 films and 30 television and radio series under his belt, the meteoric works of Egyptian screenwriter Wahid Hamed have more than left their impact on Egypt's culture. After building up a filmography that has earned him prestige throughout his 50-year career, Hamed will be able to add another honour to his shelf during the upcoming opening ceremony of the Cairo International Film Festival (CIFF), where they will present him with the Golden Pyramid Award for Lifetime Achievement.

"The best praise is that which comes from the heart," Hamed said. "The appreciation of friends, colleagues and anyone who’s found joy in my work has always been enough for me. I would like to thank the festival for recognizing my long career that’s been full of love for the nation and for writing."

Between the hysterical and thought-provoking satire of films like 'Al Irhab wa Al Kabab' ('Terrorism and Kabab'), or the gritty realism of films like 'Amarrat Yacoubian' ('The Yacoubian Building'), Hamed's writing has touched on controversial themes that are grounded in the reality of Egyptian life.

"I was and still am loyal to the Egyptian street,"Hamed said. "Throughout my journey with writing, the people have inspired me. It’s their ideas that I’ve recreated in my work. That’s why I’m always elated when people tell me they grew up with my films. That’s when I feel that I didn’t slack off and that I really gave people something worthwhile."

After graduating with a Bachelor of Arts in Sociology during the 1960s, Hamed released his first successful TV series 'Ahlam al-Fata al-Taer' ('Dreams of a Flying Boy') in 1978, which began his long partnership with acting legend Adel Emam that included works like 'Al-Ghoul' ('The Ogre') in 1983 and 'Al Irhab wa Al Kabab' in 1992.

The 42nd edition of CIFF will run from November 19th to November 28th.