Knight of Cups: Powerful and Soul-shaking

Wael Khairy delves into Terrence Malick's latest cinematic undertaking, Knight of Cups, exploring how the themes of loneliness and escapism weave their way through the veteran director's visually breathtaking masterpiece. 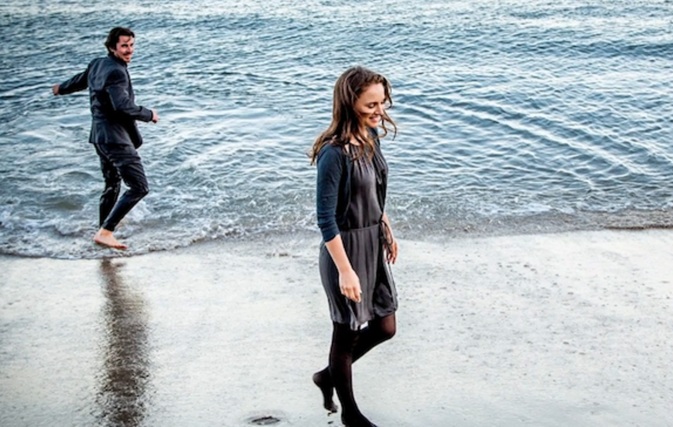 There’s enough spiritual clarity in Knight of Cups to make viewers blinded by sorrow or depression see beauty in life. Oscar Wilde once wrote, “Every portrait that is painted with feeling is a portrait of the artist, not the sitter… It is not the sitter who is revealed by the painter; it is rather the painter who, on the colored canvas, reveals himself.” If there is any truth to Wilde’s words, then there’s no denying that director, Terrence Malick, is a man of goodwill and exquisite character. This comes as no surprise, for Malick kicked off his career with two milestone films that promised the world the arrival of the next Kubrick, Shakespeare, or Mozart. His debut came in 1973 in the form of Badlands; today, it is regarded as a bona fide classic, and one of the greatest cinematic debuts of all time. Five years later, Malick teamed up with cinematographer Néstor Almendros and the rest is history.

During production of Days of Heaven, cinematographer Néstor Almendros was going blind. It is said that before each shot, he would have his assistant photograph the shot with a Polaroid camera. After that, he would view it under a high-powered magnifying glass. I can only imagine that the thought of Days of Heaven being possibly his last chance to cement the magnus opus of his career drove Almendros to achieving what he did. The end result was a film universally accepted among film critics at the time to be the most gorgeously photographed film ever made.

It takes one great work of art to be remembered in history, one film to gain the reputation of a master of your craft - Malick had two of those and he was just getting started. What followed is the stuff of legend. The always-reclusive Malick disappeared off the face of the earth for two decades leaving hungry fans starving for more.

While Malick had a distinctive photographic eye from the get-go, it wasn’t until the second renaissance of his career that he found his unique cinematic voice. The so-called painter was revealed with the release of The Thin Red Line, The New World, The Tree of Life, To the Wonder, and Knight of Cups. The aforementioned films are set in different time periods. They take place during World War II, the European colonization of the Americas, the birth of the universe, and the modern world. Yet with subject matters so far apart in time and space, they are stitched close together through a seamless therapeutic tone. The thread binding Malick films together is the look and feel of a master who has fully realised his own unique style; abstract beauty.

I have written about the painter, now it is time to explore the sitter, a screenwriter called Rick played by Christian Bale in the wonderful coloured canvas that is Knight of Cups. Malick’s signature floating camera trails the screenwriter as he searches for meaning in his life. Rick is surrounded by everything anyone could dream of in the glamorous extravagance of Hollywood; yet, he couldn’t feel more alone.

I was reminded of a scene in another Malick masterpiece, The Thin Red Line. Two soldiers have a very brief yet extremely intimate exchange of words in an empty abandoned house. “Do you ever get lonely?” one asks. A brief moment of silence follows, before the other answers, “Only around people.”

As with all Malick films, the viewer drifts from one narrated philosophical thought to another, leaving the film in its full form open for interpretation. However, viewers will be able to reach a solid understanding of the message by examining the unique film poster of Knight of Cups.

The title refers to a tarot card embodying a very specific character. Rick represents the Knight of Cups, an intelligent dreamer with high principles who also gets easily influenced by others. The film’s core theme is encapsulated in the artwork of the poster, which refers to the work of Jacob Bohme, a German philosopher who believed that humans fall from grace, and that in order to find God again, they have to go through hell first.

Malick, a Harvard graduate in philosophy, injects more ideas in his film than most directors achieve throughout their entire filmography. At one point, Rick narrates a very significant story, which goes like this: “Once there was a young prince whose father, the king of the east, sent him down into Egypt to find a pearl. But when the prince arrived, the people poured him a cup. Drinking it, he forgot he was the son of a king, forgot about the pearl and fell into a deep sleep.”

Much like the prince, Rick, constantly tries to remember his true purpose and place in this world. “All those years living the life of someone I didn’t even know,” he narrates. “I can’t remember the man I wanted to be.” Another character tells him to find his way “from darkness to light…remember.” We also hear him whisper “wake up” to himself, which directly references the deep sleep state of the prince.

The search for our place in the cosmos doesn’t only plague Rick’s mind, but that of viewer’s as well, especially whenever Malick cuts to breathtaking exterior shots of Earth rotating in a sea of darkness. We are all lost princes searching for our identity, place and role in the short time we have on this planet. We long for something we have no recollection of, so instead, we find a way to escape our suffering.

For Rick, taking a deep dive into the stimulating world of lust and partying seems to momentarily satisfy his existence. In one scene, a bystander mentions escaping the harshness of reality by attending ketamine parties, an escapist drug of this generation. Malick also randomly cuts to picturesque shots of music festivals where thousands of ravers swirl around in artificial ecstasy induced by drugs. This is a master at work; rather than spoon-feeding his message through dialogue, Malick paints it with poetic visuals.

With the release of Knight of Cups, at the age of 72, I’m positive that Terrence Malick is more in tune with the mindset of the current generation than any young filmmaker working today. This concurrently puts him far ahead of all veteran filmmakers attempting to regain the glory days of the pinnacles of their past.

Another character, Elizabeth, played by Natalie Portman, has a different way of escaping. She tells Rick that to avoid sadness, she goes to sleep. When she wakes up, for the briefest of moments, she doesn’t recall her troubles. Then of course she does remember and sadness flows back into her conscious. That moment of emptiness or forgetfulness before recollecting the gravity of her situation is bliss for her; it’s also another way of escape or fooling oneself.

This all may sound a bit bleak; yet somehow Malick turns it into an extremely uplifting journey. In fact, one of the film’s most powerful moments flips a negative into a positive. A man of God explains that the people that hurt us most in our lives are simultaneously the ones that love us most. We should be grateful for this hurt, for the suffering they send us ultimately elevates us to a higher place - we become wiser better versions of ourselves. Terrence Malick’s Knight of Cups is philosophical fiction at its finest.