Conor Sheils meets with the outspoken artist at the launch of her latest exhibition at Alchemy to talk females, form and not giving a fuck... 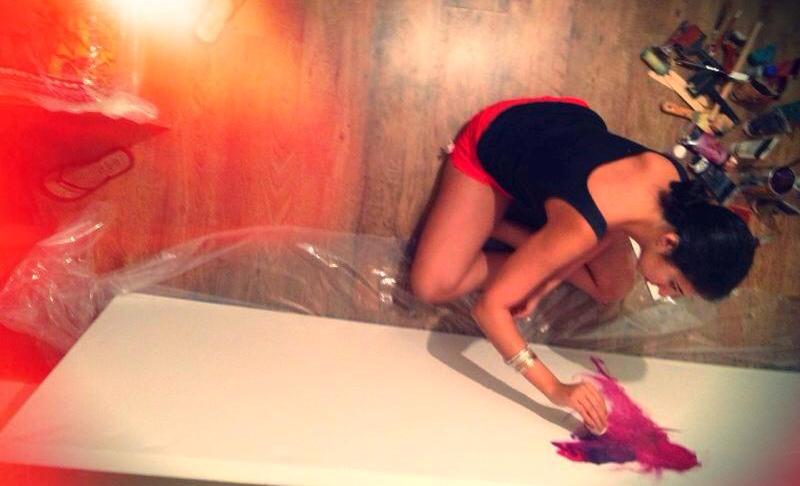 Angsty artist Mounaz Abdel Raouf has one striking difference that puts her apart from any other artist I've ever had the pleasure of interviewing - she genuinely doesn't give a shit. Within moments of first meeting Abdel Raouf, it becomes obvious that she's brash, loud and spends her time making fun of the stereotypical and outdated notions of what art is. Yet, with one glance at her art work, it becomes clear what makes it so compelling. Her work is provocative, edgy and, for once, genuinely quite unique.

Speaking about her latest collection, currently on show at Alchemy - the gorgeous Mohandessin restaurant and bar - she is nothing if not honest. "The series is called 'Fools' and is about me being a fool and telling my audience that they are fools. I too am a fool because I trust people too easily and I often end up getting hurt," she says firmly. And she doesn't stop there.

"All they do in Egypt is try to bring each other down. People focus on hating each other, remembering the bad and not the good," she says about the art scene in Cairo and one thing becomes obvious - Raouf thrives on controversy and even admits, "I have a lot of galleries who refuse my work because they say that it is too provocative. They say it is too risky and too ballsy for Egypt."

As such, Abdel Raouf's exhibition count is unusually low for someone who produces such striking art. It seems few establishments are as brave as Alchemy when it comes to putting a spotlight on art that strays from the mainstream. "I've only had five exhibitions, so the galleries which have exhibited my work are not doing it just for the sole purpose of selling but because they appreciate good art and sending a message. I love the fact that galleries don't want my work - it is a compliment for me."

Many of the Abdel Raouf's textured oil paintings focus on the female figure. From a warped self-portrait to a decaying bride, Abdel Raouf certainly hits the nail on the head when she says "my art is all about the drama." She becomes animated when I ask about her favourite piece. "It's called 'In your face, darling'. I think it is the final message I'm trying to send to my audience and to the person who inspired this show; I'll be in your face about art - about everything."

However beneath all of her gusto - she speaks passionately about the real issues effecting Egypt's women. "Women in Egypt have so much they want to say but something always keeps them quiet whether its their family, people talking shit about them or ultimately getting married. Every Egyptian girl just wants to get married so she spends more time looking for the perfect man rather than getting to know herself as a woman," giving some indication to the motive behind the piece named 'Here comes the bride' which she admits is unsettling for some viewers. "I think they found it disturbing because women here have this notion of their wedding day being the most beautiful day of their lives. However, I gave them a completely different picture, like, here's a bride, she looks fucked up and she has flies all over her."

Unsurprisingly Raouf also revels in shocking even her closest friends. "Im usually a very happy person, I smile a lot - but people are like, it's not you. That's what I love; it inspires me more. I'm going to keep on not caring. I'd rather be not accepted than accepted. I want people to start appreciating me - but on my terms."

Mounaz Abdel Raouf's art is appearing as part of Alchemy's monthly rotating artist residency series and will be at the bar and restaurant until the end of April. Find out more about Alchemy on their Facebook page here. 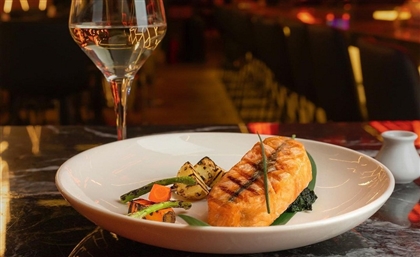 The new spot is truly giving ‘a kiki is a party for calming all your nerves’ [...] 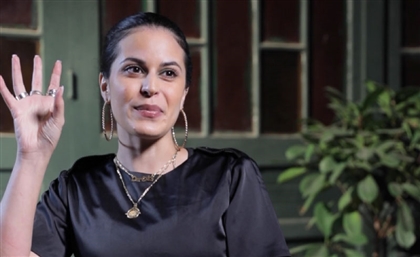 SceneNoise sits down with Sudanese songstress to talk everything from beginnings [...]
Week Month Year