Myriam Abdelaziz's latest photography project highlights the plight of child labourers in what might be Egypt's toughest job... 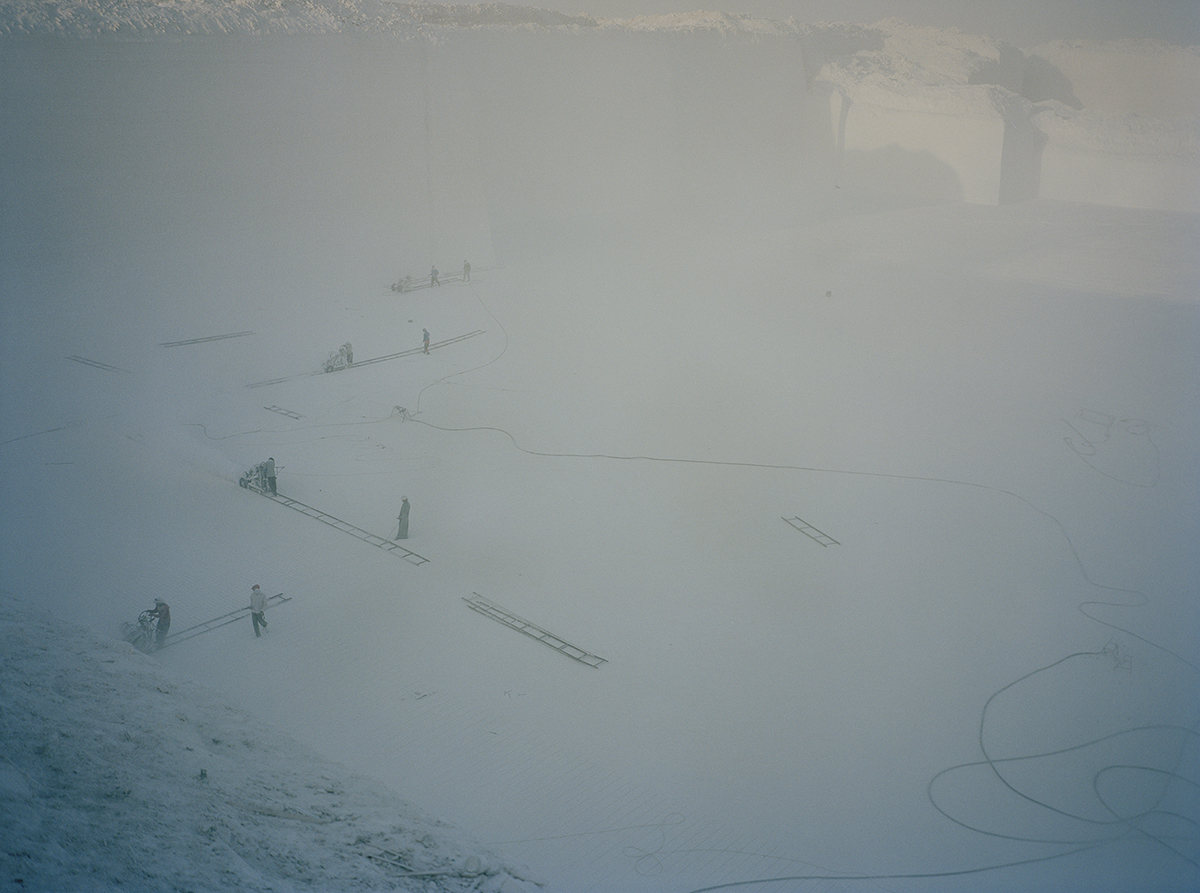 Photography is a powerful medium whereby a single picture can speak louder than essay or critique. This is most definitely true when looking at the haunting photographic work of Myriam Abdelaziz chronicling children working in the limestone quarries in Menya.

In a series of photograph entitled Menya's Kids, Abdelaziz captures the surreal landscapes in which kids with make-shift masks slave away chiseling limestone from the earth. Located along the banks of the Nile, Menya is a 150 miles south of Cairo and is where over 300 quarries employ 15,000 people, many of which are children as young as 10.

According to an interview Abdelaziz did with Wired.com “Many children working there die prematurely from electrocution or from injury due to heavy machinery. Also common are permanent injuries such as the loss of an arm or a leg.”

Clearly, working the quarries is dangerous and hard work, but for many is the only way of generating a living income as the average worker makes between $7 to $14 a day. This may seem like a ridiculously low wage, but sadly it is more than what farmers, carpenters and mechanics make. Even though employing children in mines are illegal, many quarry owners still employ them, which is likely why they refused Abdelaziz's entry.

Determined, Abdelaziz would find a way in and captured these photos that look like she travelled to another planet. All too often child labour is brushed under the proverbial Persian rug, but thanks to Abdelaziz this dark corner of Egypt returns to light and reiterates the need for labour reforms. In a 2011 report released by the Cairo University, between 3 and 15 percent (1.3 – 3 million) of Egyptian children are classified as child labourers. Change likely won't happen over night, but Abdelaziz has definitely done her part illuminating the issue, as well as donating all the photos to a local charity that provides alternatives to lives in the mines.

If you want to see more check out her webpage here.