Stargaze Like An Ancient Egyptian With Workshops At The Greek Campus

Ready for a blast from the past? Olfat El-Tohamy is setting up workshops to give us a glimpse of creation and the stars through the eyes of our ancient counterparts. 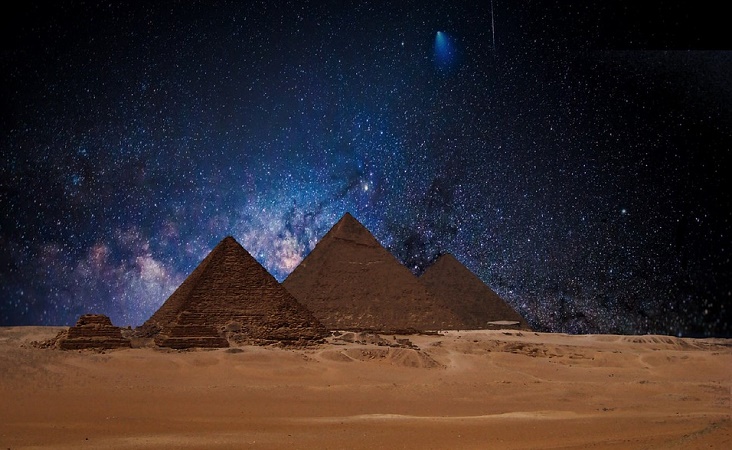 Between pyramids historically peering in from among the deeply clustered, tall buildings of Cairo; the beautiful Pharaonic silver jewellery pinned on deep blue stands in Khan el Khalili; and the old, distinctly Egyptian names we hear on a daily basis, the presence of Pharaonic Egypt never seems to completely fade away from the everyday life of Egyptians. Yet, would it not be absolutely fantastic if we could get a closer look, or perhaps make a warmer connection with, this rich history, even if temporarily? Lucky for us, we can.

On the 12th of March, Olfat El-Tohamy - a researcher, public speaker, instructor in Ancient Egyptian Cosmology, and member of the American Research Centre in Egypt (ARCE) - will be hosting a workshop at the GrEEK Campus on the great power that stars have had on history, and not just Ancient Egyptian history, either. “We are like little ants on earth, standing between Earth and the cosmic dome,” El-Tohamy says, adding that “Astronomy changed mankind, and astronomical phenomena have been used in directions and guidance historically.” In her workshop series, titled The Portal of Nut, El-Tohamy will share about the development of star maps, as well as the emergence of celestial deities. She’ll be opening our eyes to the incredible ways Egyptians lived by the stars throughout history.

Expanding the breadth of our knowledge, El-Tohamy will be hosting another workshop at the GrEEK Campus on March 19th on Egyptiana, or the Egyptian Books of Genesis. The books were thought to be lost in the fire of Alexandria, but were luckily preserved and rewritten by the Coptic monks in a volume titled Gyptana. The myth of creation, recounted by, Manethon, explains how he ascended the skies and saw light beings surrounding Ra, the Supreme God, who instructed him on how to go about his mission. The book that Manethon wrote on the topic then goes into fascinating detail about the creation of the natural world and the different relations between Egypt’s ancient gods and goddesses. The book gives a spectacular account of the story all the way until the resurrection of Auser and the victory of Horus over Seth. You can hear all the fascinating parts of this story in El-Tohamy’s workshop, titled, PrAnkh -The House of Higher Wisdom.

We’ve always know that our ancestors were brilliant and innovative, and now we might actually learn a thing or two about why – plus, now we have green cards to spend our time gazing at the stars and drifting away.

Find out more on The Portal of Nut here and Pr Ankh here.