Another round of character assassination - classic Egyptian movie edition 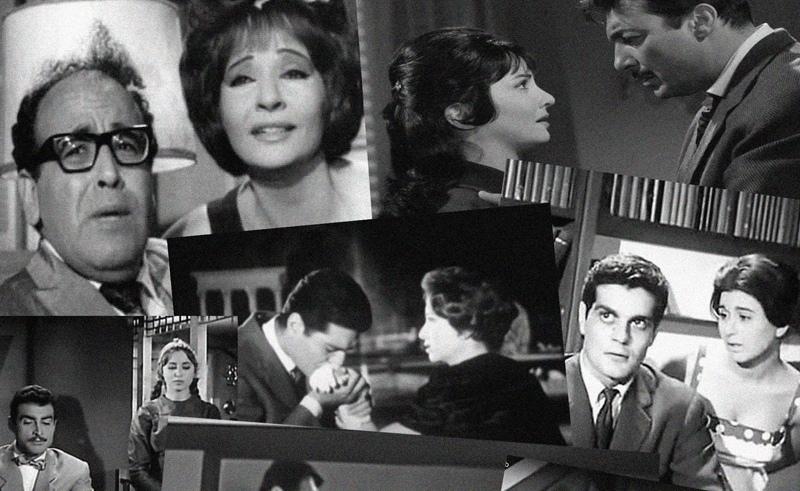 Whether it’s about star-crossed lovers or starry-eyed youths, or simply featuring the stars of its era, the Golden Age of Egyptian cinema shines brighter than anything we can think of. So with all this star-talk, of course we’re gonna look at astrology too. With every star sign, there is a classic Egyptian film to match - and we’re here to reveal which Egyptian masterpiece is basically all about you.

MAKE UP YOUR DAMN MIND, and we’re looking at you Aries men. Just like Rushdi Abaza’s character, you need to try a bit of everything (women…ehm ehm). No one can truly resist your seductive tendencies and neither can you tame your urge to stick to one thing (or one person…ehm ehm).

A taste for the lavish, if you’re a Taurus then you are one with the ever-loved Egyptian classic - Eshae’t Hob. In your raccoon-esque characteristics, you cannot help but find shiny new objects fascinating, even when they’re not yours to have, we’re calling you out here, cut that affinity you

have towards what other people possess short, please, and thank you.

The duality of man personified, our most darling misunderstood Geminis, you’re none other than A’freet Meraty. Unlike our protagonist you’ve not actually lost all your marbles…yet. You’re just flexible…that’s all.

It’s all marigolds and rainbows in your world dear sensuous Cancers. Just like Nahr El Hob, you ooze sentimentalities. A puppy dies on screen? Waterfalls of tears. Going through your third breakup this month? Two years of emotional tumult followed by a brief period of institutionalization.

Two words, Souad Hosny. Need we say more? Portraying a young woman fawning for fame and fortune, this movie is all about being the centre of attention through and through. Not to like, completely rat you out here but like perhaps not everything needs to be an orchestrated theatrical production.

You woke up and chose violence, period. Similar to Faten Hammah’s love-stricken character, you’ve been hurt, betrayed if you will, and dear Virgo that was just the final straw eventuating in your villain origin story. Stopping at no obstacle to reassemble your bruised ego, Duaa Karawan is your astrological match.

In love with the idea of love, but lowkey heartless and loves playing games, Share’ El Hob is a Libra to the core. Hopeless romantic Abdel El Halim Hafez meets mischievous school girls is just the kind of recipe a Libra would cook up, leading to their own self-inflicted heartbreak.

Sneaky, hot af and painfully clever, Scorpios will stop at no hurdle to get what they desire most, EVEN if it's at their own detriment. Our leading female geologists quite literally posed as men to excavate the Sinai deserts, so I don’t know why you’re tutting right now - such a Scorpio move.

Hot-headed but you play fair and square Sagittarius, so props to you for that one. When Shadia’s character made a promise to treat her spouse in the same manner she’s treated, she didn’t mean playing footsies under the table and spamming each other with hand-written love notes, she meant all the sour parts too baby.

She said gender equality and so her husband’s boss she became. Shadia is back again guys and this time the theme was Capricorn and she delivered. Capricorn’s latent misanthropy coupled with their perfectionist tendencies breeds a little boss-woman who doesn’t allow familial ties to cripple her power.

Distraction materialised, Aquariuses you are frenzied Egyptian classic Ibn Hameedo. The mission was plain and simple, catch the dealers that hide drugs in fish, and look at you in the corner making googly eyes at the boatman’s daughter. Genuinely diabolical.

It’s all extremes with you dear Pisces and so nothing suits you more than the coveted Nos Sa’a Gawaz. One day it’s all love and games and the next it's suicidal ideation, you really never know what you’re gonna get.

Designer Sami Amin highlights the 'Egyptian Spirit' - one that is riddled with [...]

In order to build a portfolio that expresses their whimsical personality, Calma [...]
RELATED ARTICLES

Including the likes of Massar Egbari, Hisham Abbas and Nesma Mahgoub over 15 days, [...]
Week Month Year