From war-torn Syria to back in time in post-war Egypt to an abandoned Sharm El-Sheikh, 2018, took us on a trip through war, hope, people and states. 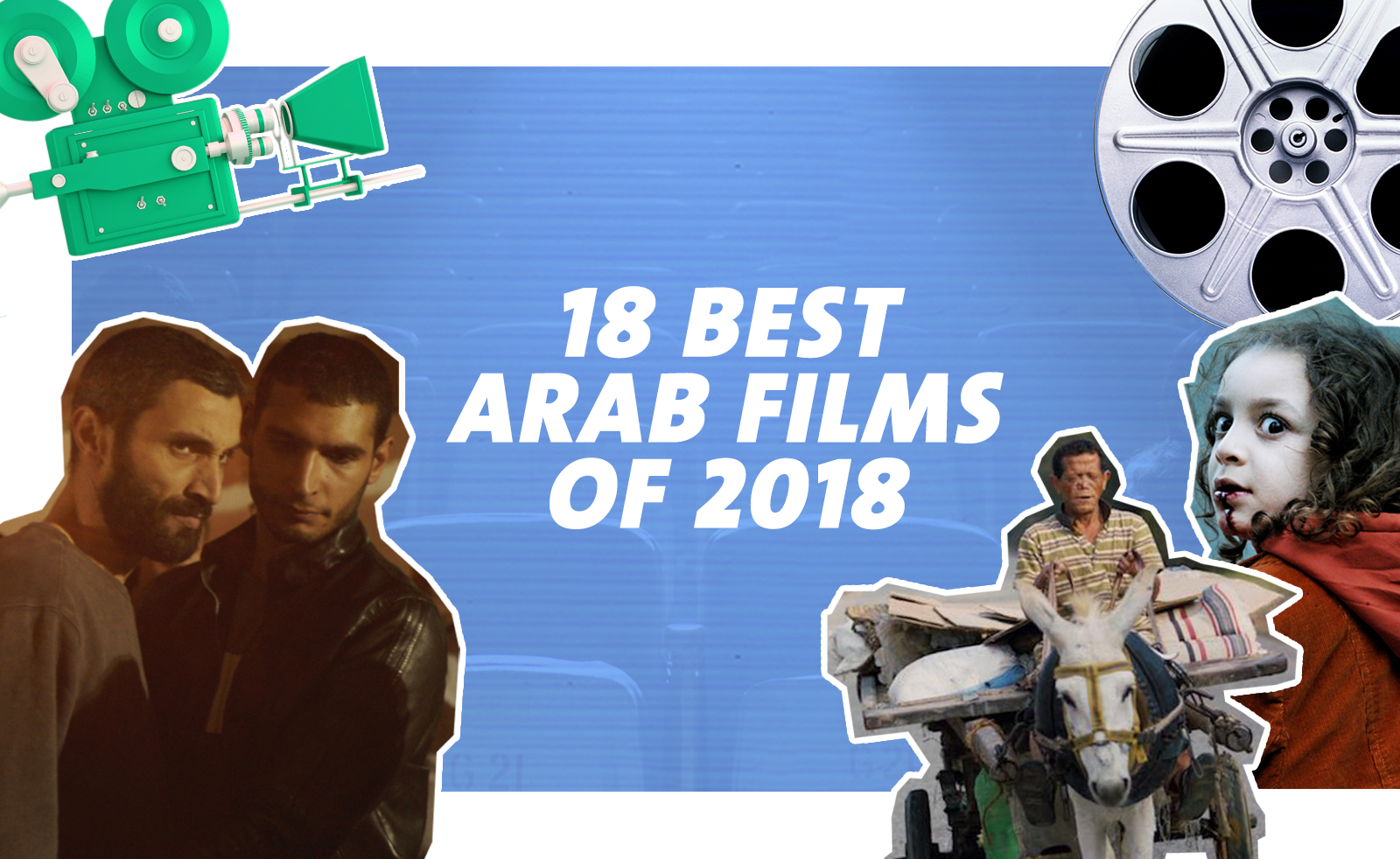 In Egypt and much of the Middle East, we often and almost habitually like to talk about the Golden Age of cinema - a long-gone time when the region was not only producing film in numbers, but in quality too. Granted, the last half-a-century hasn't been a particularly prolific period of quality cinematic output, but if 2018 has shown as anything, it's that there exists a wealth of creative talent and original ideas pouring out of every corner of a Middle East that is as rich in stories as it has ever been. And you needn't look further for proof of this than CairoScene's picks of the best 18 of 18.

Yomeddine had quite the ride in 2018. The story of a man suffering with leprosy leaving his colony for the first time in search of his lost family took its director, Abu Bakr Shawky, to the Cannes Official Competition on his first feature-length attempt. The film won Best Arabic feature at El Gouna Film Festival and was also screened at the Cairo International Film Festival. The film, which starred an actual real-life leprosy sufferer and a child who had never acted before in the lead roles, was a breath of fresh air and has put a new focus on independent Egyptian cinema.

Although criticised for being long and unfocused, the film adaptation of author Ahmed Mourad’s novel of the same name certainly had some interesting themes and plotlines at its core. Starring Asser Yassin, Mena Shalaby and Maged El-Kedwany, director Marwan Ahmed weaves a story of a man who finds himself committing heinous crimes in the name of justice and revenge after the death of his serial-killing father. It takes a dark turn when a corrupt policeman, a pimpstress and a mischievous aristocrat get involved.

Nominated for a Golden Globe and shortlisted for an Oscar, Nadine Labaki’s latest masterpiece tells of a young boy who, after serving a 5-year sentence for committing a violent crime, sues his parents for negligence. Having won the Jury’s Prize Award at Cannes this year, it's another notch on the belt of an Arabic filmmaker who continues to make a name for herself around the world.

In Wardet El-Sabbar, a friendship grows between a struggling actress, an introverted bourgeois woman and a street-smart young man as they try to find shelter on the streets of Cairo. The film, which was nominated for two awards at Rotterdam Film Festival where it had its world premiere, is a tough one to digest, but is a unique cinematic experience.

Critically acclaimed and socially significant, Leil Khargy – which was in production for a whopping three years before seeing the light of day – takes place on one night, as a film director, taxi driver and sex-worker end up in a series of comical situations together around Cairo. Providing some comedic and on-point social commentary, the film won Sherif Dessouky the best actor award at Cairo International Film Festival.

Balash Tebosny (Kiss Me Not) - Egypt

Shot as a mockumentary, Ahmed Amer’s satirical film takes aim at the concept of 'clean cinema' through the story of Fagr; an actress refusing to film a scene with a kiss, and the director who struggles to release his raunchy film to a conservative society. It's a unique and clever commentary on how Egyptian cinema has changed in the last 60 years.

Yawm Ada3t Zilly (The Day I Lost My Shadow) - Syria

This Syrian movie tells the story of a single mother living alone with her 9 year-old son who one day goes out to look for a gas cylinder, only to gets lost in war-torn Damascus for three whole days. Soudade Kaadan’s drama won Best Debut at the Venice International Film Festival and was screened at Toronto Film Festival and BFI London.

Debuting at Toronto International Film Festival, Merzak Alloauche’s Reeh Rabany tells of two young terrorists-to-be who meet for the first time ahead of a mission to bomb a petroleum rig. The complex film explores the psychology of the two characters, while reflect on love and death as the two leads struggle to complete the task.

Ahmed Fawzy Saleh’s first feature-length production experiments with its storytelling, blending stylistically between documentary and fiction. Although the film was unpopular with audiences, critics hailed its story of a girl trying to stop her brother from illegal migration. The film received three awards in Cairo International Film Festival: Best Arabic Film, the Jury Award and the Special Jury Award, as well as the UN Youth Fund Award.

The directorial debut of Palestinian filmmaker, Anas Al-Najar, tells the story of a Palestinian prisoner who, after being set free, struggles to assimilate himself back into life on the outside. The film was screened in El Gouna Film Festival and Venice Film Festival, where it was well-received by audiences and critics.

Screened at Berlin Film Festival, Mohamed Bin Attia's Weldi tells the heart-wrenching and delicately-handled story of a mother and father sent into turmoil after their son decides to join ISIS.

Lucien Bourjeily's drama won the Jury Award at the Dubai International Film Festival and tells the story of a family coming together for lunch for the first time in two years as family conflicts and old grudges resurface.

The only animation on the list comes in the form of El-Borg; a unique piece of filmmaking that follows the story of a young girl who leaves a Beirut-based refugee camp in search of a hopeful return home after receiving the key to her grandfather's house.

There aren't many horror films that come out of the Middle East, but Tunisian flick, Dachra, made quite the splash at Cairo International Film Festival and Venice Film Festival. The film follows three people filming a woman in a mental hospital - and it's hard not to explain more than that without giving anything away, but it does feature a particularly memorably gruesome scene that shows a child eating a live pigeon.

Hailed by critics for its stylistic homage to the works of French New Wave icons, Luis Bunuel and Andre Bresson, Iraqi film, Yara, made an impact at Locarno International Film Festival this year. It tells the story story of a young girl living alone with her grandmother in desolate village, whose residents have all died or left, until a stranger arrives, setting off a romance between the two.

Considered controversial for the way it portrays events of the January 25th revolution, Karim El-Shenawy’s directorial debut is an achievement in cinematography and acting. Starring the likes of Ahmed El-Fishawy, Mohamed Mamdouh, Ahmed Malek, Asma Abou El YaZeed and Ruby among many others, the story tells of the mystery revolving around a young man who died during clashes, as a jaded coroner and journalist come to realise that reports around his death aren't what they seem.

The only short film on the list comes in the form of post-WWII-set Hayden, which tells of an expat hosting party to announce to friends that she has cancer. The Ammar Galal-directed piece premiered at London BFI.

This article was originally published on our sister site ElFasla.