Former Muslim Brotherhood leader Mohamed Badie, along with 13 others, have been sentenced to death by an Egyptian court. 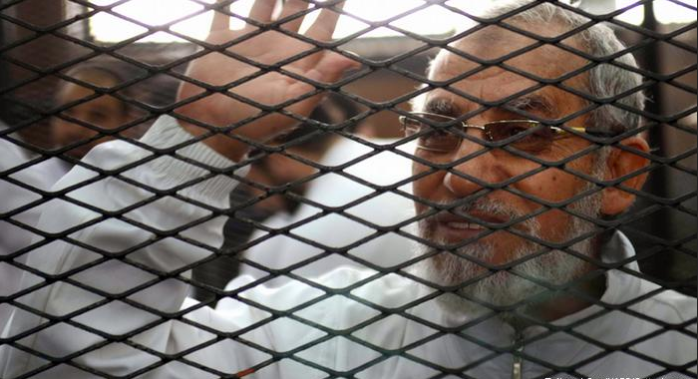 Having carried out its first execution in years earlier this month, an Egyptian court has sentenced former Muslim Brotherhood leader Mohamed Badie and 13 others to death.

Involved in several trials and having been sentenced to death previously, although the sentence was later reduced to life imprisonment, Badie and other key members of the Muslim Brotherhood were found guilty of planning attacks against the state and inciting chaos on police and army institutions.

As Egyptian law requires any capital punishment to be reviewed by religious opinion before the execution, on Monday the Egyptian court referred the case to Egypt's Grand Mufti, the highest Islamic legal official, in a first attempt to make the sentence official.

The final verdict is expected on 11th April and defence lawyer Ahmad Helmi has been quoted as branding the verdicts “farcical” in an interview with AFP, stating verdicts had been declared before the defence had finished its closing arguments. In addition, a court in Mansora has sentenced eight Muslim Brotherhood members to death, accused of setting up a 'terror cell' and murdering political opponents.

Having been declared a terrorist group in 2013 and described by President Sisi as a major security threat, since the removal of Mohamed Morsi, thousands linked to the Muslim Brotherhood have been jailed whilst Mr Morsi himself is facing a number of trials, some of which, it is speculated, could result in the death sentence.