Images of Cairo's new Terminal 2 are beginning to circulate online as Kuwait Airways officially becomes the first airliner to land at the new terminal, which also looks to have restored Moscow's confidence to resume flights. 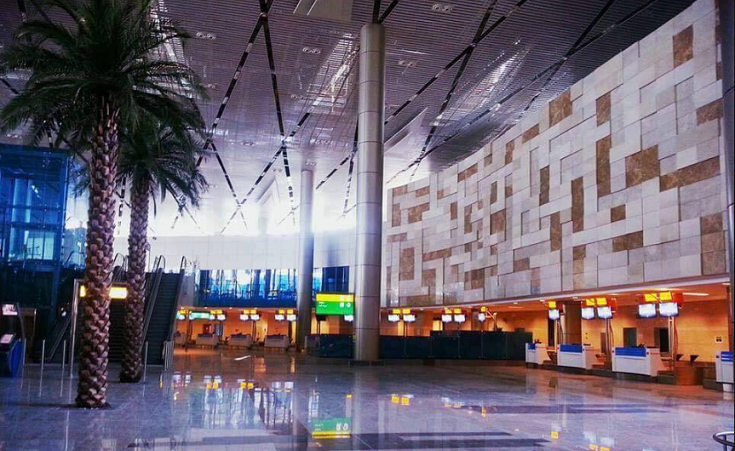 Cairo Airport has finally unveiled its brand new state-of-the-art Terminal 2, and officially inaugurating is Kuwait Airways, which has announced that it is officially become the first airline to arrive and use the new terminal.

Images of the new Terminal 2 are currently circulating the Twitterverse and it is a noticeable improvement compared to Cairo Airport's other terminals. According to the Kuwait Times, the new terminal is expected to boost its annual passenger capacity by 7.5 million passengers per year, as well as bring the airport’s total passenger handling capacity to 30 million. The new terminal is also expected to have tightened security and will hopefully restore confidence among airlines to resume flights that have been cancelled. According to Egypt Independent, discussions between Russia and Egypt have made significant progress and resumption of flights will allegedly begin in two phases. The first phase could begin as early as Wednesdays with flights between Moscow and Cairo, while the second phase will look into resuming regular flights between Moscow and Sharm el Sheikh and Hurghada. Currently, the new Terminal 2 will be operational in a test-mode capacity, and the official opening will be held on October 6th.