Uighur Muslims have been targeted by China's ruling Communist party, while civil servants, students and teachers have been banned from fasting. 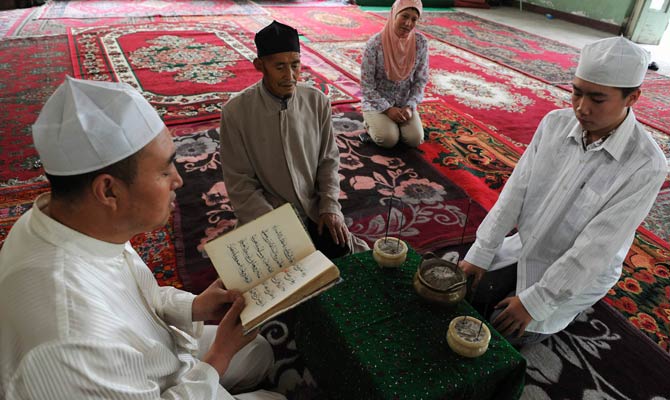 Tensions continue to rise between the Chinese government and Muslims in the Xinjiang region, as officials have announced that they will ban civil servants, students and teachers from fasting during Ramadan, and has ordered restaurants to stay open.

The Xinjiang region is arguably home to the largest Muslim community in China. However, China’s ruling Communist party is officially atheist and in recent years have been cracking on Uighur Muslims, restricting their practices.

A notice appeared last week on the regional Food and Drug Administration website stating “Food service workplaces will operate normal hours during Ramadan.” While officials in the region were told “During Ramadan do not engage in fasting, vigils or other religious activities,” according to a local government website report of a meeting this week.

Unable to distinguish between religious traditions and religious extremism, China’s restrictive policies aims to eradicate Islam from the region. However, every time China restricts Islamic traditions, tension mount and violence ensues. Provoking matters further authorities that mosques must check identification cards of anyone who goes to pray. At the same time, they have also warned that there will be increased inspections during Ramadan in order to “maintain social stability,” according to Qiemo County official website.